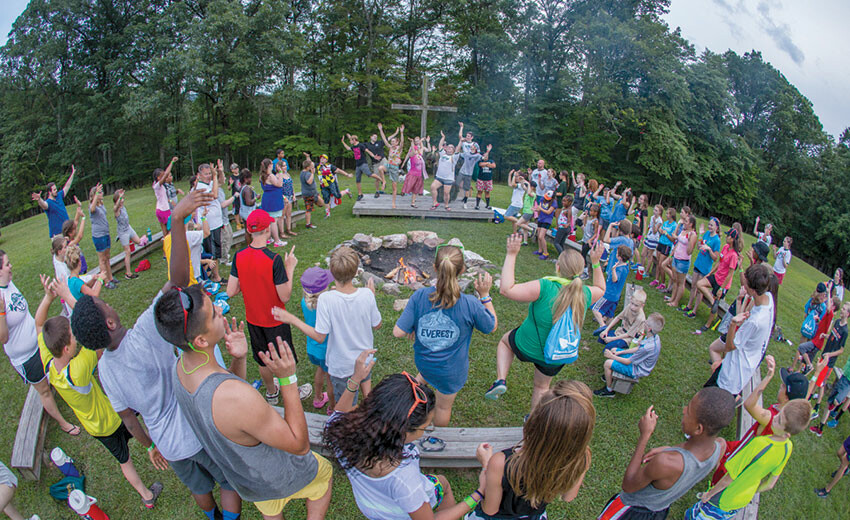 Campers and staff spend time in worship at Camp Manidokan, one of three retreat and camping facilities in the Baltimore-Washington Conference. Retreat and Camping Ministry continues to grow in the BWC (see story below).

The mission of The United Methodist Church is to make disciples of Jesus Christ for the transformation of the world. One place that is happening – a lot – in the Baltimore-Washington Conference is the Retreat and Camping Ministries (RCM) area.

For the fifth year in a row, RCM showed an increase in both its residential camping program and Day Camp initiatives in Baltimore City and West Virginia.

And the good news continued in the number of retreat guests served. In 2015, 12,931 people attended retreats. In 2016, that number rose 21.5 percent, to 15,719. Leading the way was Camp Harmison, which saw its number of retreatants skyrocket 74 percent. Manidokan saw an increase of 20 percent.

More campers and retreat guests equals more opportunity to make disciples, said Andy Thornton, RCM Director and Director at the West River Camp and Retreat Center. “Camp gives a young person the chance to be outside and away from the many distractions they see every day,” said Thornton. “At camp, caring adult counselors and mentors come alongside campers, helping them think through decisions and experiences in a way that will prepare them for their future.”

The impact on leadership, both clergy laity, that RCM has created over the years is also important to its success.

“When it’s working well,” Thornton said, “it’s not just camping alone that does that. It’s camping, and it’s also the local church, it’s ROCK, it’s all those pieces that come together that can provide great leadership opportunities.”

In fact, 13 former staffers are currently serving as ordained clergy or are in seminary, he said. There are another 10 who have been on summer staffs who are serving in ministry as lay people.

Thornton said that RCM has been blessed over the years to have strong partnerships with a variety of other organizations, not the least of which is the Baltimore-Washington Conference itself. Through the BWC Trustees and the Council on Finance and Administration, RCM has cultivated a good working relationship that keeps sites insured, up to date and running well, he said.

“All that enables the staff and volunteers to create a place for wonderful Christian hospitality,” Thornton said.

The uptick in enrollment resulted in RCM running in the black for the fourth year in a row in 2016, showing a surplus of about $64,000. That money is plowed right back into the RCM program: $24,906 for camperships this year, helping kids who might not otherwise afford camp the opportunity to attend; $25,000 for a Campership Investment Fund; $5,000 for new online training programs for volunteers; and $9,000 to subsidize new outreach initiatives.

Thornton, who is retiring at the end of this summer after 30 years, added that retreat ministry is also growing, with upgrades being done to facilities that host groups year-round.

Another growing aspect is the Day Camp experience offered by RCM, Thornton said. In Baltimore City last year, three churches partnered with RCM, each church doing two weeks. In 2017, six churches are partnering, he said, with each church doing one week. The Board of Child Care, Reisterstown UMC and Grace UMC in Baltimore have also provided funding to support this ministry.

And in West Virginia, at Camp Harmison, Thornton said that the Day Camp program is expanding to two weeks with opportunities for both elementary and middle school students.

Chris Schlieckert, Director at Camp Manidokan near Harpers Ferry, said the success of RCM is all about the people and the relationships.

“I think the reason why we’re doing well is that we have staff at the sites and amazing volunteers,” Schlieckert said. “It’s been exciting for us.”

Schlieckert, who grew up in the church in Minnesota and who met Jesus in a powerful way at camp, said that RCM uses “fun, friends and faith” as guiding principles in the camping ministries, making sure the youth feel safe in what, for many, is a first-time experience of the great outdoors.

“We want to make sure that when the kids come that they have a good time,” he said. “They’re in a safe space where they can be comfortable and we can create that Christian community.”

Because of that, Schlieckert said, they are able to add in the spiritual component of the program which impacts the campers’ lives. This includes what he calls an “altar call-like experience” at the end of camp, which he said changed his own life years ago.

“I want to make sure I’m creating and setting an environment that opens up for the Holy Spirit to do that kind of work at camp,” he said.

The success of the recent past is translating into great numbers for 2017, Schlieckert said. As of mid-April, registrations for summer camp at Manidokan were about four weeks ahead of last year’s pace.

Thornton said that one of the key partnerships within RCM are those who contribute to camperships. “Most people can afford a week at camp,” he said, “but there are those who truly can’t.”

Campership dollars – scholarships that help pay for kids to go – are set at $80,000 this year, Thornton said, an increase over previous years.

Learn more about the BWC’s Camping and Retreat Ministries at www.bwccampsandretreats.com. 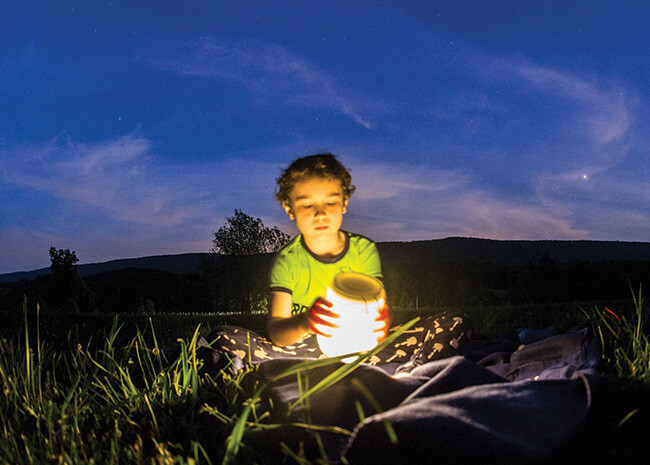 A camper at reflects on nature at summer camp. Camping opportunities are provided at three facilities throughout the BWC.