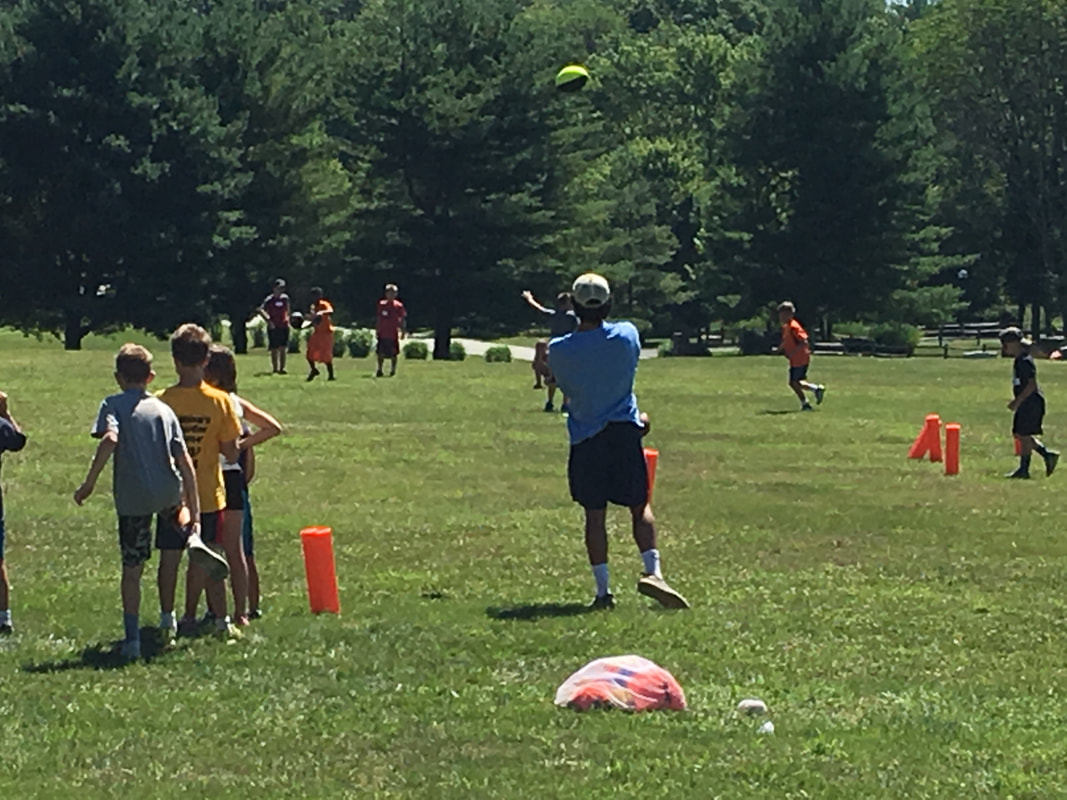 Early Monday morning, a downpour looked ominous. The staff and volunteers gathered at Greenmount UMC had contingency plans in place if the over 200 registered campers for sports camp would need to be indoors. But, Rev. John Rudolph, who oversees the North Carroll Cooperative Parish’s (NCCP) Youth and Kids Ministry, never lost hope that the weather would clear. At 9:15 when the groups inside the sanctuary were organized into their teams to head outside, the rain stopped.

Preparing for the camps is a year-long endeavor for the team. This year there are 800 kids registered across the six weeks of camp. More than 50 more were on a waitlist, but available space and other resources forced caps on the free camps.

A week of sleep-away camp at Camp Harmison kicked off the season, then the parish moves into hosting Sports, Arts, S.T.E.M., Day Camp at Lion’s Club Park, and Agri-science camp utilizing the talents and resources of volunteers from across the three church locations of the parish. They share a common teaching them of “It’s Christmas every day,” but the elements of the camp are particular to each of the flavors.

NCCP formed in 2011 when St. John’s, Greenmount, and Grace United Methodist churches joined together. I like to say, we’re a cooperative parish that actually cooperates. As the lead pastor, I see this as an opportunity for each of the churches to share the best of their resources to multiply the ways we can meet our community.

Each of the three locations was doing separate Vacation Bible Schools, so the first thing they did was cut down to one day option and one evening option using volunteers from all three churches based on their scheduling availability. They realized that what parents in the community were really looking for was day camp. So, while keeping the VBS style offerings, they added to the menu.

Rev. John Rudolph was a coach and supervised athletics and activities for a school system before he went into ordained ministry. He saw an opportunity to share the love of sports with kids in the community that didn’t require the money and commitment of the travel team culture.

Spread across the parish were high school coaches and others who were active with the sports on a local and even national level. John Piper, the Manchester Valley High Men’s lacrosse coach teamed up with his sister Liz Piper who is the Sunday School Superintendent at St. John’s but works for U.S.A. Lacrosse and travels the country managing high-level games in the sport came together to spend the morning at Greenmount teaching fundamentals. 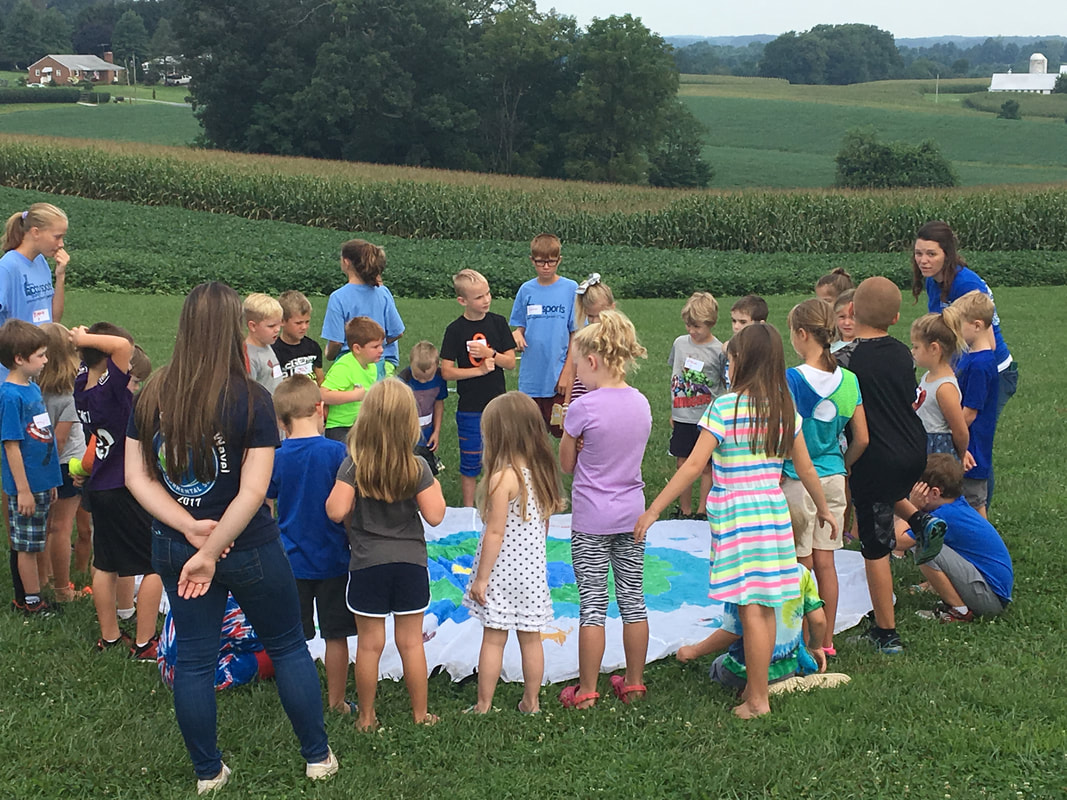 But, our daughter pointed out that they were missing the kids who don’t see themselves as athletes. She asked, “why can’t we do an arts camp?” So, the next year it expanded.

In a parish with visual artists, photographers, musicians, dancers, floral designers, and actors, there were so many talents to gather. The volunteers were interspersed around the three locations, but the youth and kids team brought them all together in one place.

S.T.E.M. (science, technology, engineering, and math) became another addition, as they recognized that there were teachers and engineers and medical professionals in the parish who had knowledge to offer.

New this year, the traditional evening VBS was changed into an agri-science camp. The number of kids who have registered for that multiplied. “Grace is in a farming community, and the members have so much knowledge to share with the kids,” Rudolph said.

The camp went from 25 kids signed up for evening VBS last year to 114 registrations for agriscience. One of the church leaders volunteering even planted a garden on a patch of ground in the parking lot so that it will be a living laboratory for the week.

“It’s a perfect combination of the gifts of our parish meeting the needs of the community,” Rudolph said. And he’s hopeful that the forecast for the rest of the season will be even more cooperative.

A word of encouragement to all of you for wonderful program. Our VBS with 127 just over, also in a rural/suburban location. Good ideas for next year VBS.