What Are Brave Conversation Resourcers?

The Brave Conversation Resourcers are a group of people trained to help congregations across the Baltimore-Washington Conference have brave conversations that contextually advance inclusion, diversity, equity, and antiracism. These are individuals who have facilitation experience, are culturally aware, emotionally intelligent, are a non-anxious presence in times of trouble, and are good listeners. Resourcers will be available for congregational consultations. To schedule a one-to-one, please scroll below.

How Does It Work?

Step 1: Fill out an intake form, and we will connect you to a resourcer

Step 2: A resourcer will contact you to have two initial calls in order to gather context and map a way forward together

Step 3: The resourcer will help you facilitate a conversation for your congregation if need

Step 4: The resourcer will consult with you regarding next steps 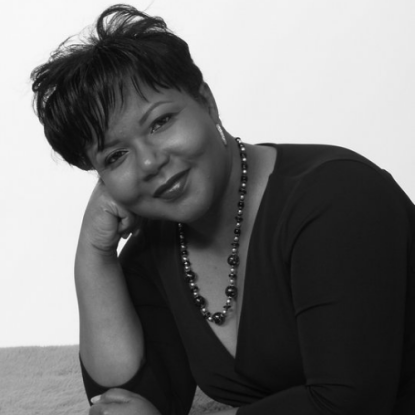 Jennifer Martin-Johnson
Jennifer Martin-Johnson is a wife and mother of two who has previously led the women’s ministry and served as the chairperson of the church council for 4 years. She trained as a facilitator for equity sessions in the BWC and was recently became an at-large member of the BWC Accessibility Committee 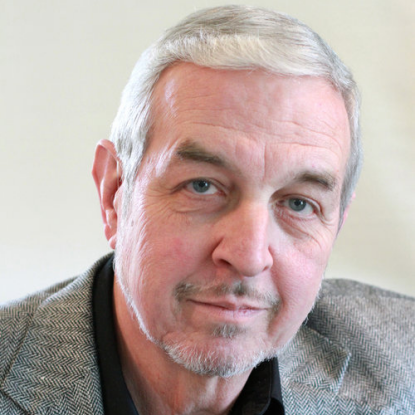 Vike Thurston
Vike Thurston is a member of St. Paul’s UMC in Sykesville, MD. One of his most transformative experiences was working with fellow elders and congregants in a church that went from majority White to majority Black. A husband, father, and grandfather, he retired in 2019 from the FAA, where he managed leadership development programs. 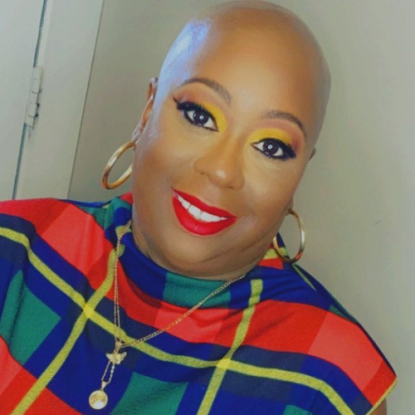 Angelic Williams
Angelic Williams is a Baltimore native who was reared at Eastern United Methodist Church where she first developed her love for God’s word. As a young adult, she relocated to Central Florida where she attended Rollins College and studied International Affairs during which she studied compassion and the Holocaust in Warsaw & Krakow Poland. She is also a graduate of the Edith Bush Philanthropic School for Non-profit proposal writing. Angelic has served and taught in many areas of ministry including New Converts, The Work of the Holy Spirit, and Church Administration. She also wrote and developed an abstinence education program for young girls. In 2008, Angelic began serving in short-term International Missions and did so in La Cucarita Dominican Republic, South Africa, Peru, Nicaragua, and Thailand. It was during this time that God clarified her call to ministry and continued to develop her for His glory. She returned to Baltimore in 2016 to serve in her home church and today she is currently a Certified candidate for ministry with the United Methodist Church. For Angelic, the heartbeat of any ministry work has its foundation in prayer as taught by her grandmother in adolescence. Her ability to serve and minister the Gospel of Jesus Christ is evidence of God’s grace and redemptive power. She currently resides in Baltimore and works professionally as an Insurance Investigator. 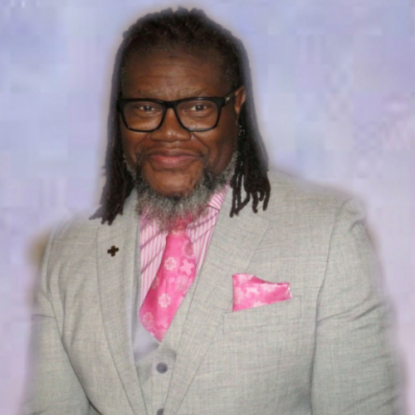 Isaiah Redd Sr.
The work of reconciliation will bridge the gap between discrimination, the disinherited, and the privileged—between the poor and the rich. The doctrine of reconciliation is the catalyst for bringing healing and truth to what is happening across the globe today. I believe that having conversations of this magnitude will compel the Church [universal] to comprehend the plight and struggle of the “other” and those that need to be reconciled. This work must never stop and as long as Brave Conversations are had, we can believe that the work of Christ is still in action. Reverend Isaiah Redd, Sr.-Pastor of Mt. Zion United Methodist Church of Baltimore & Emmarts United Methodist Church 2nd year Doctoral Student. 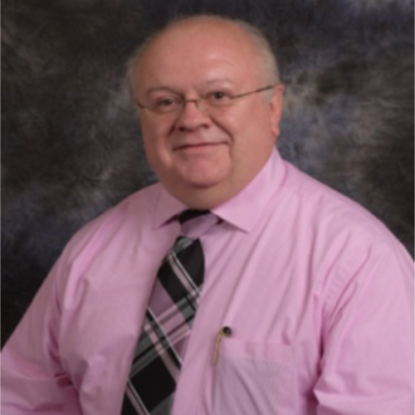 Rev. Phil Ayers, PCC,
Rev. Phil Ayers has been in parish ministry for 40 years. Since January of 2018, Phil has been actively coaching individuals and groups in congregations and the business world. He has also started a coaching business and is working to establish an international coaching group that concentrates on inclusiveness and cultural diversity. 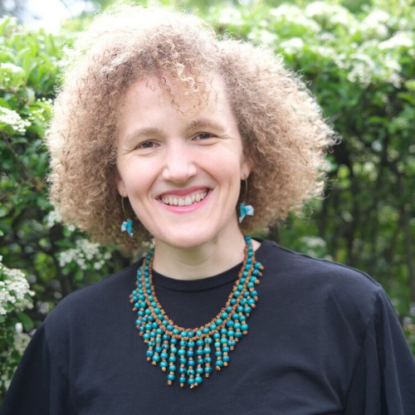 Cassandra Lawrence
Cassandra Lawrence works with the Shoulder to Shoulder Campaign on communications and community engagement to equip and engage faith communities and people of goodwill to end Anti-Muslim bigotry. She teaches negotiation, conflict transformation, and conflict resilience with a focus on faith communities. She is a trained mediator, dialogue facilitator, and interfaith and racial justice community, organizer. Previously, Cassandra worked with the diplomatic and mediation community to identify training gaps and design training processes to improve engagement with religious and traditional peacemakers for sustainable peace processes. Before she moved to DC, 10 years ago, she worked as a Family and Youth director at a United Methodist Church in California. She has a BA in Religious Studies from the University of British Columbia and a master’s degree in comparative ethnic conflict from Queen’s University Belfast, Northern Ireland. In 2021 she completed a master of divinity at Wesley Theological Seminary with honors, specializing in Public Theology, and received the Excellence in Public Theology Award. She is a candidate for ordination as a Deacon in the Baltimore Washington Conference. 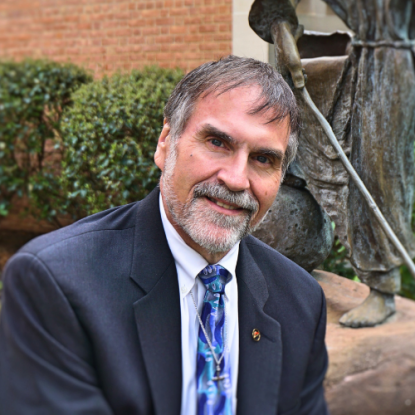 Rev. William Carpenter
Rev. William Carpenter serves as associate pastor of the Greater Brunswick Charge, assigned as preaching pastor at Jefferson and Doubs Epworth United Methodist Churches. In addition to his pastoral work, William is chair of the BWC Racial Justice Team and passionately seeks a more equitable world where all of God’s people live together in Beloved Community. 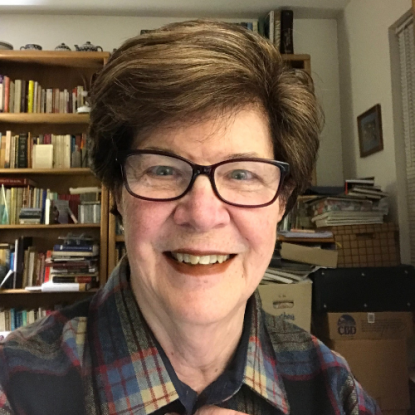 Barb Julian
Barb Julian is a member of Community United Methodist Church in Crofton, MD, currently serving as Lay Leader, Chair of the Staff-Parish Relations Team, and Coordinator of their Vitality Team. She was Executive Vice President and co-owner of MOCTEC Mexican Food Products for 32 years, retiring in 2009. Called to administry, she served 10 years at Glen Mar UMC, Ellicott City, MD, as Minister for Operations before re-retiring in August 2020. She understands lay and clergy experiences, perspectives, and difficulties in managing brave, faithful conversations in the process of advancing anti-racism, equity, diversity, and inclusion. Barb is a calm and steady presence with good listening skills and speaking ability. She is a graduate of the Upper Room 2-Year Spiritual Formation Academy 39, a Certified Lay Servant, a Stephen Minister and participates in weekly ecumenical Bible Study. She facilitated Howard County’s initial 2018 Inter-faith and Inter-racial structured reflective Courageous Conversations, again in 2019, and similarly aided conversations on human sexuality and inclusion at Glen Mar. She participated in and facilitated the inaugural BWC People’s Suppers. 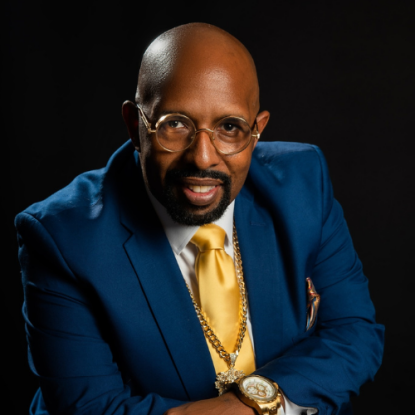 Rev. Jerome A. Jones, Sr. was named Pastor of Wilson Memorial United Methodist Church, in Gambrills, MD., on July 1st, 2018. And most recently, in July of 2021, he received an additional pastoral assignment as Senior Pastor of Fowler United Methodist Church in Annapolis, MD. Before his appointment at Wilson Memorial and Fowler, Rev. Jones served for two years as the Senior Pastor at the Church of the Redeemer in Temple Hills, MD. He also served as Senior Pastor of Mt. Calvary UMC, from 2011 until 2016. Born in Lynchburg, VA, however, raised in Southeast Washington, DC., Pastor Jones (Pastor J’ as he’s referred to) received and accepted his call to ministry at the young age of 12. Upon graduating from Ballou Senior High School in Washington, DC, he attended the Univ. of the District of Columbia to continue his studies in African Arts. In May of 2016, Pastor Jones completed and received his bachelor’s degree in religious studies with a minor in Information System Technology from Liberty University. Having recently completed his studies at the Wesley Theological Seminary in Washington, DC, and Evangelical Seminary in Myerstown, Pennsylvania Pastor Jones received his Master of Divinity degree on May 2022.

With a strong passion for ministry, Pastor J has a special gift of empowering youth and young adults. He has received numerous awards for his efforts and commitment to young people. He’s also served as a US Ambassador to Paris, France, and London, England. Residing in Dunkirk, MD with his beautiful wife Larraine, they are the proud parents of six wonderful children, Chasity, Jerome Jr,
Jeremiah, Janiah, Jacob, and Jayla. Pastor Jones is truly excited to be a part of both the Wilson Memorial and the Fowler United Methodist Church families. An AWESOME Man of God, he brings forth the word with a burning love for Christ. Pastor J is a visionary, who has made an indelible mark at both churches and they are truly blessed to have him as their spiritual leader….. To God be the Glory! 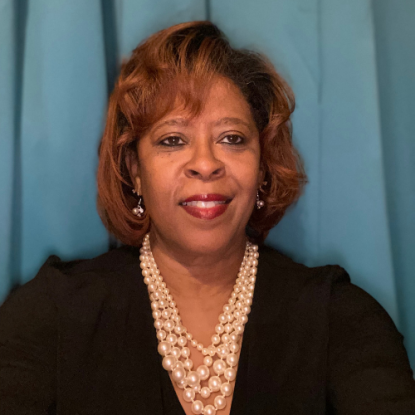 Scheherazade Forman
Dr. Forman currently serves as pastor at Violetville United Methodist Church in Baltimore, MD. She is also the dean of Student Success and Engagement at Prince George’s Community College. She completed her Bachelor of Science and Master of Science degrees at the University of Maryland, University College, and completed her Doctorate of Education at Morgan State University. She is the wife of Rev. Anthony L. Forman, mother of seven, and grandmother of fourteen. 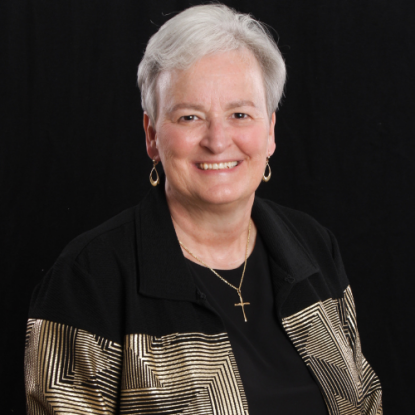 Jan Lawrence
Jan is the ED of Reconciling Ministries Network, a member of Foundry UMC, and a lay member of BWAC. She is working with others to cast an anti-racist and inclusive vision for the UMC. Jan is also the President of the Alumnae Association at Wesleyan College in Macon, Georgia. 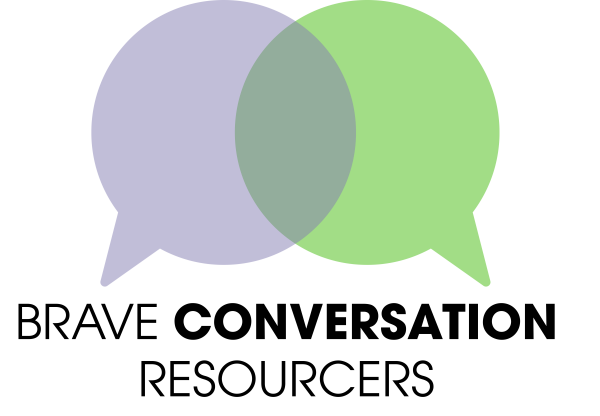