Exponential 2016, a three-day event held in Orlando, Fla., drew more than 5,000 church planters from around the world, including more than 30 people from the Baltimore-Washington Conference. The event focused around the theme “Becoming 5ive,” an allusion to five different types of church.

This series of articles presents some of the BWC experiences and observations at Exponential 2016.

At the Exponential Conference in Orlando, Fla., April 26-28, 181 speakers and teachers shared insights on God, the church and faith. Among them:

The church is proof that God dreams.
– Erwin McManus

Hope in the past is called regret. You are designed by God to create the future. … What would happen if the church became an incubator of humanity’s best future?
– Erwin McManus

We’re too focused on our little kingdoms ‘here,’ and not focused on what God wants us to do ‘there.’ … Every church has a life-cycle. You’re not getting tweets from Laodicea. Ours is a there-kind-of God. We’re called to go there.
– Dave Ferguson

The best question is, ‘If I knew I wouldn’t fail, where would the biggest Kingdom-impact for God?
– Dave Ferguson

Most people are bored in our churches. They have a nagging sense they should be doing mission. They sit in church and wonder if God will rebuke them for not doing the meaningful thing they were supposed to.
– J.D. Greear

Mega-churches make a big bang.  But the future of the church is in multiplying leaders who carry the Gospel wherever they go. Raising up leaders doesn’t make a lot of noise. But it will change the face of the church in the United States. … This is too urgent to ‘play church.’
– J.D. Greear

Kingdom things happen at the speed of a seed.
– Mark Batterson

You’ll never be ready for what God calls you to do. God asks you to step out in faith and take a risk. You’ll never be more than 80 percent certain. At National Community Church, our mantra is ‘Go, set, ready!’
– Mark Batterson

Think of Moses and the burning bush:  ‘God has a reputation of tapping you on the shoulder just when you get comfortable. God didn’t call you to comfort, God called you to Kingdom. It’s time to begin again.’
– Albert Tate 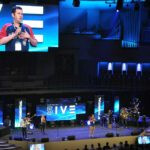 By Melissa Lauber
What happens when local church leaders from the Baltimore-Washington Conference immerse themselves in learning how to plant new churches? Hopefully, multiplication. Read more » 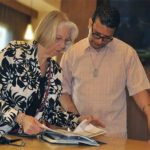 By Erik Alsgaard
More than 30 clergy and lay members from the Baltimore-Washington Conference attended Exponential 2016, an ecumenical conference for church planters in Orlando, Fla. Read more »

By Christine Kumar
After fumbling to get my seat belt fastened on the plane, I was ready to go to Orlando, Florida, to attend the Exponential Conference at First Baptist Church. My colleagues, Olivia Gross, Melissa Lauber and Erik Alsgaard, were on the same early morning flight. Read more »

It’s not just about big churches…

I think you get the point. It is not linear progression, it is geometric progression.

Check this out, the gravitational potential energy of the 13th domino is 2 billion times greater than the energy that it took to knock over that first domino. So, if you try to start with domino number 13, good luck with that, it’s not going to happen.

But anybody can topple a 2-inch domino. So don’t despise the day of 2-inch dominos. One little yes can change everything.

Now imagine the steps you take. In 30 linear steps, you’ll travel 90 feet. But in 30 geometric you can circle the earth 26 times. Faith is geometric. When you take one little step, you never know what the domino effect may be. 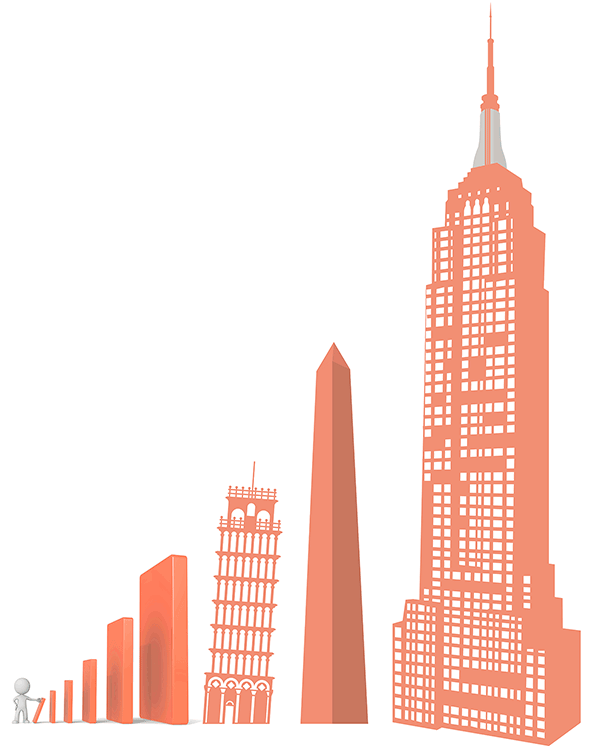