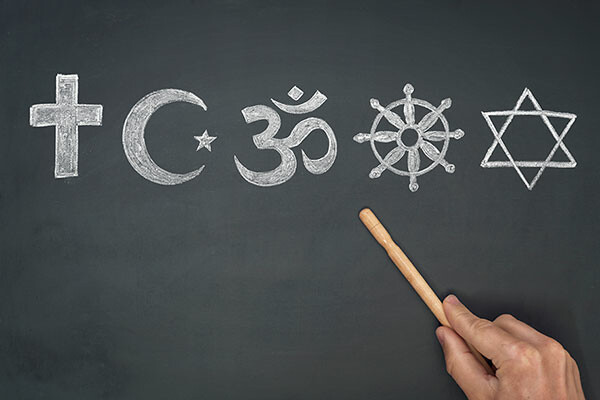 Because I work with an Imam at Georgetown University and have a number of personal relationships with Muslims, I am asked every time an act associated with Islamic extremism occurs, “Why don’t the Muslims condemn the violence?” And every time I have to tell them, “They do — you just don’t always hear about it.”

Now we have Christian extremists such as Jerry Falwell, Jr. encouraging us to carry weapons at all times to protect ourselves from Muslims. So the question has to be asked, “Why don’t Christians condemn this sort of talk?”

The Christian faith is presented as a faith of peace. Jesus, ostensibly the primary test for the faith, suggested that the peacemakers were blessed (people not the firearm) and that the faithful were to pray for their enemies. Not only that, but this same Jesus recommended offering the other cheek if struck by another.

On this basis, Christians claim to be a people of peace, as those who seek to love their neighbors as themselves (an example for which Jesus uses a story about persons of two different faiths). So is carrying a firearm for the purpose of harming another human being or mischaracterizing an entire faith community coherent with this conception of the Christian faith?

So, where are the Christian people of faith who are standing up and saying, “That is not my faith — that is not my religion!”

The Muslim community lives in fear because of the violent rhetoric for which their community is the target, and Christian people should stand together and decry the language that perverts their faith to something almost unrecognizable. Can we refuse to attend, support and authenticate these false witnesses of the Christian faith? Or, do we remain under the condemnation of Dr. Martin Luther King, Jr. in his Letter from a Birmingham Jail of a moderate community who, “more cautious than courageous and have remained silent behind the anesthetizing security of stained-glass windows”?

For the record, people claiming to be Christian who talk of arming themselves against Muslims or misrepresent an entire faith based on political terrorists, do not speak for my Christian faith or for me. These individuals have also perverted a faith — a faith to which I am committed. They are not followers of Jesus.

Christian people who seek peace live differently. As Georgetown University’s chaplains recently wrote to its community of students from various religious traditions, “Your friendship with one another — your studying together, playing together, serving together, and praying together — is the best antidote to both violent extremism and vitriolic rhetoric that seeks only to scare and divide. Such interreligious understanding is the way to lasting peace in our world.”

That is the peace Christians seek.