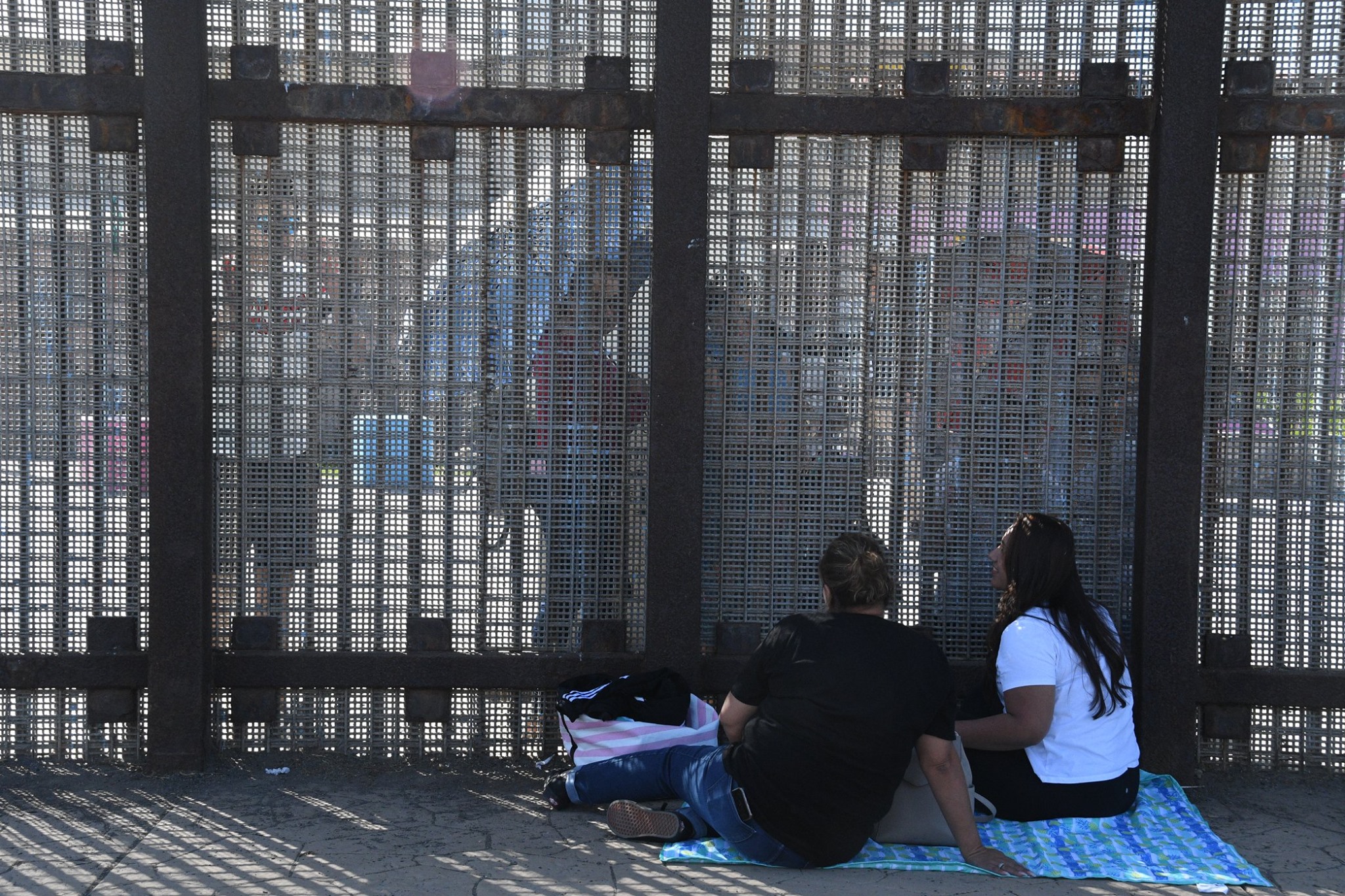 The border wall runs through Friendship Park in San Diego, California. Armed guards watch as families enter the space between two fences. On the other side of the fence, barely visible, is Tijuana, Mexico. The families come on weekends, to steal a few minutes, talking to loved ones through the fence.

The square holes in the concrete wall are so small that loved ones can touch, but only with their pinky fingers. Finger to finger, they reach out across the politics that separate them.

You can hear the laughter of the reunions. The tears tend to be silent.

On Oct. 12, 19 members of the Baltimore-Washington Conference, on the Border Immersion trip, visited Friendship Park. The Rev. Saul Montiel, of the California-Nevada Annual Conference, who had served as a United Methodist missionary on the border, served as a guide. Montiel shared how, over time, he saw a mother reunited after 25 years of physical separation from her son there. They touched pinkies. He saw grandfathers meet their new grandchildren with the wall between them. He’s seen spouses try to kiss.

“The wall separates,” Montiel said. “When you see this kind of human suffering, it gives you a different perspective. It changes your view of the world.”

Montiel introduced the group to one the Homeland Security guards, who shared a little about what it’s like to work on the border, where, for better or worse, he enforces the law of the land. The guard shared stories of how they had used tear gas on a crowd, which included women and children, when a caravan of migrants recently tried to enter the United States and some threw rocks at the agents.

He said he tries to be humane, sometimes sharing his food with the migrants, and even saving people’s lives who had become lost in the dessert. But he also said that if someone gets hurts or dies in one of the detention centers, it’s the migrant’s fault.

“They broke the law and put themselves in the situation that harmed them,” the guard said.

The BWC delegation listened with respect and then spent time next to the wall, praying, and talking quietly with some of the visitors and trying to make sense of what they were witnessing. It was easy to experience a whole gamut of emotions.

Many felt that walking through the gate into the fenced area conjured up a sense of imprisonment. Some admitted to anger, “seeing people of color continue to protect empire,” and sense that the wall was, in reality, just “a hurtful monument to hubris.”

Group members said they tried to “see with their hearts.” Chastity Jones of Wilson Memorial UMC in Gambrills privately dropped to her knees in prayer, a symbol of hope and of the possibility that nothing might defeat the human spirit.

The wall juts several feet out into the Pacific Ocean. An officer on horseback patrols the beach in case someone attempts to swim around the wall and enter the United States.

Nteboheng Mokuena of Epworth UMC in Gaithersburg and several others walked down to the water’s edge, caught in prayer and reflection. Mokuena, who works as an advocate for justice, leaned over and wrote “Stop Colonialism” in the sand.

Up the hill, her father, Moorosi Mukuena, found himself thinking about the walls around the city of Jericho.

“God says this wall will come down someday if we keep marching around it,” he said. “We each need to find our own steps around this wall of Jericho." 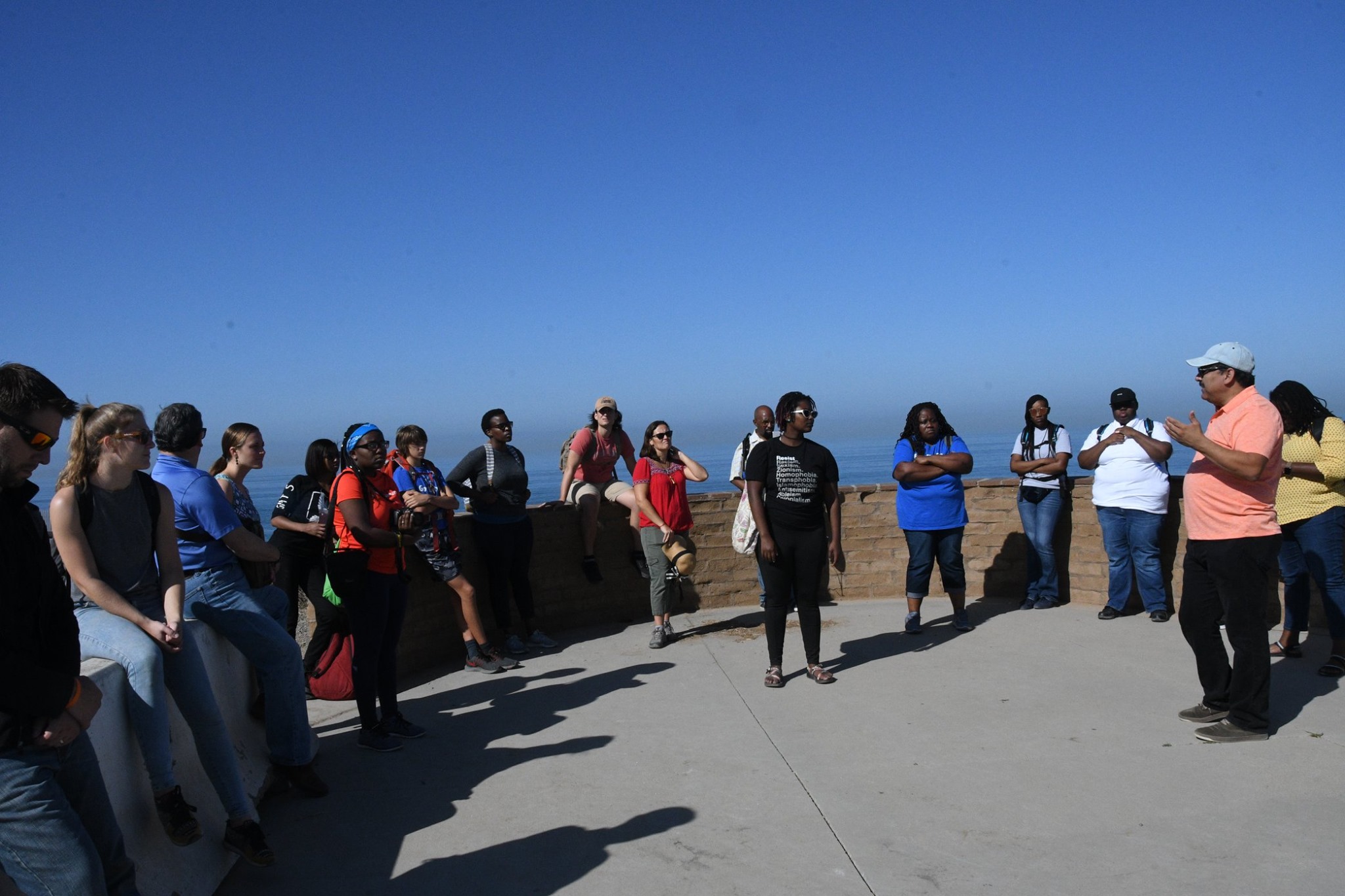 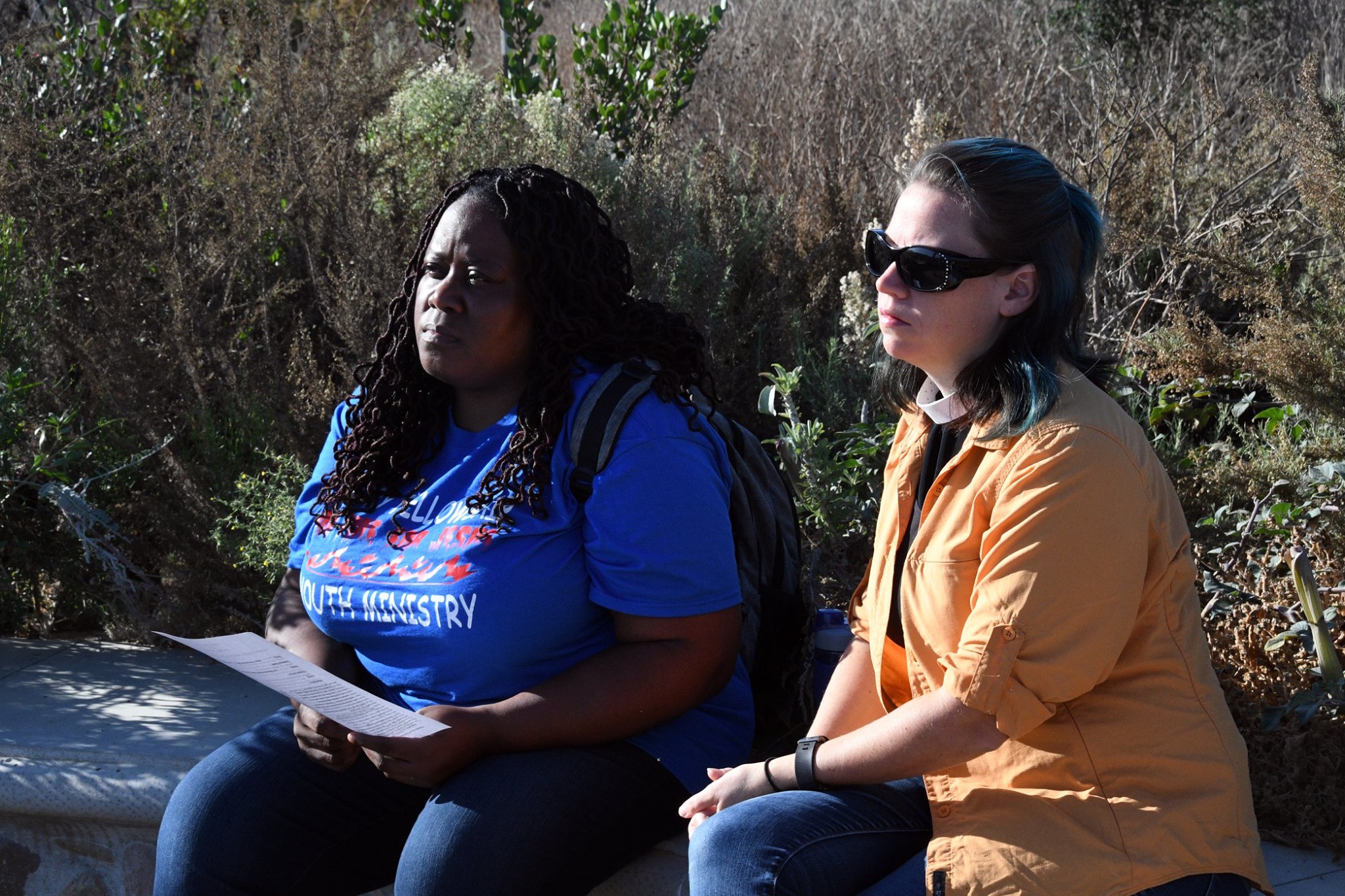 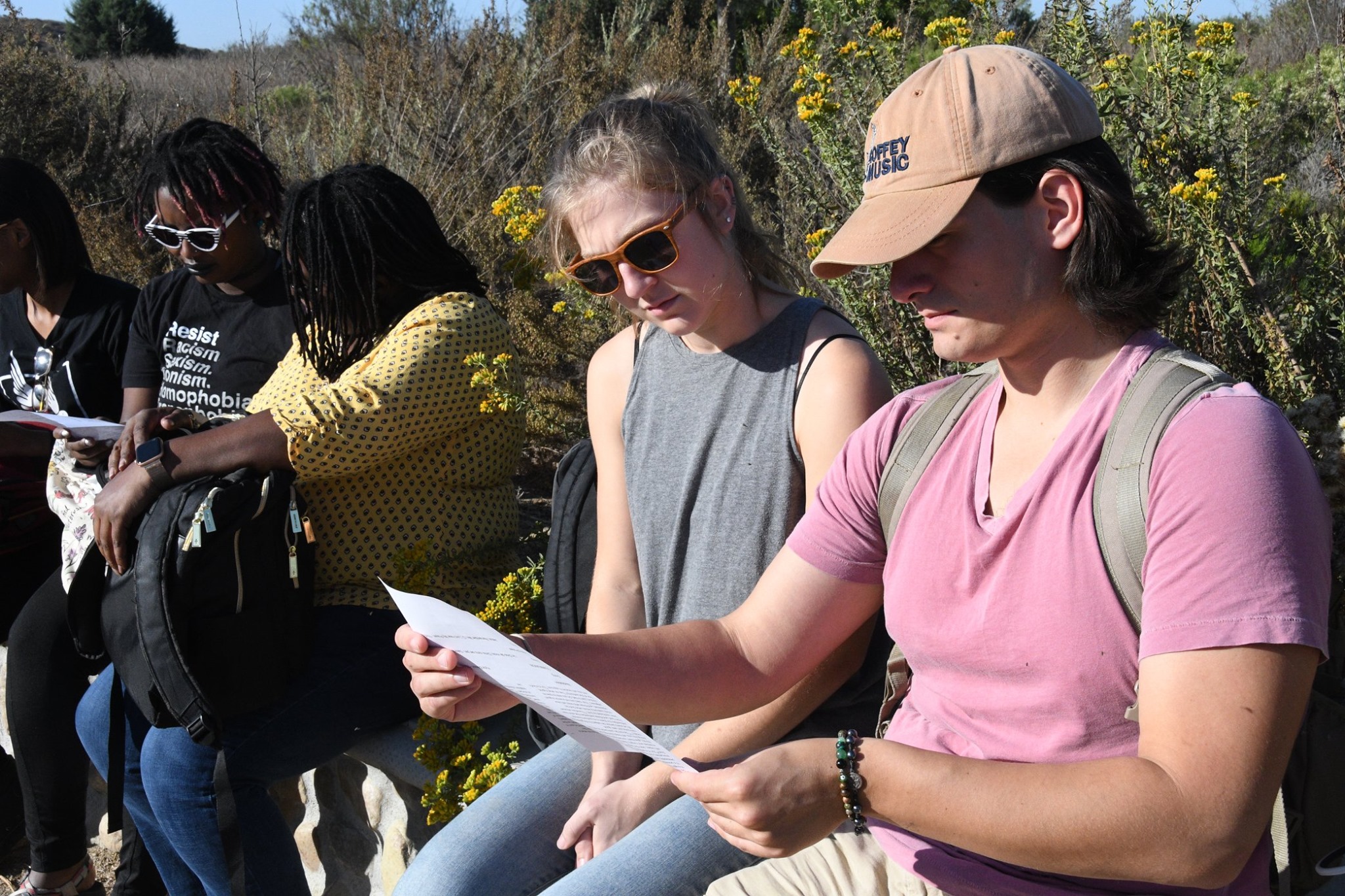 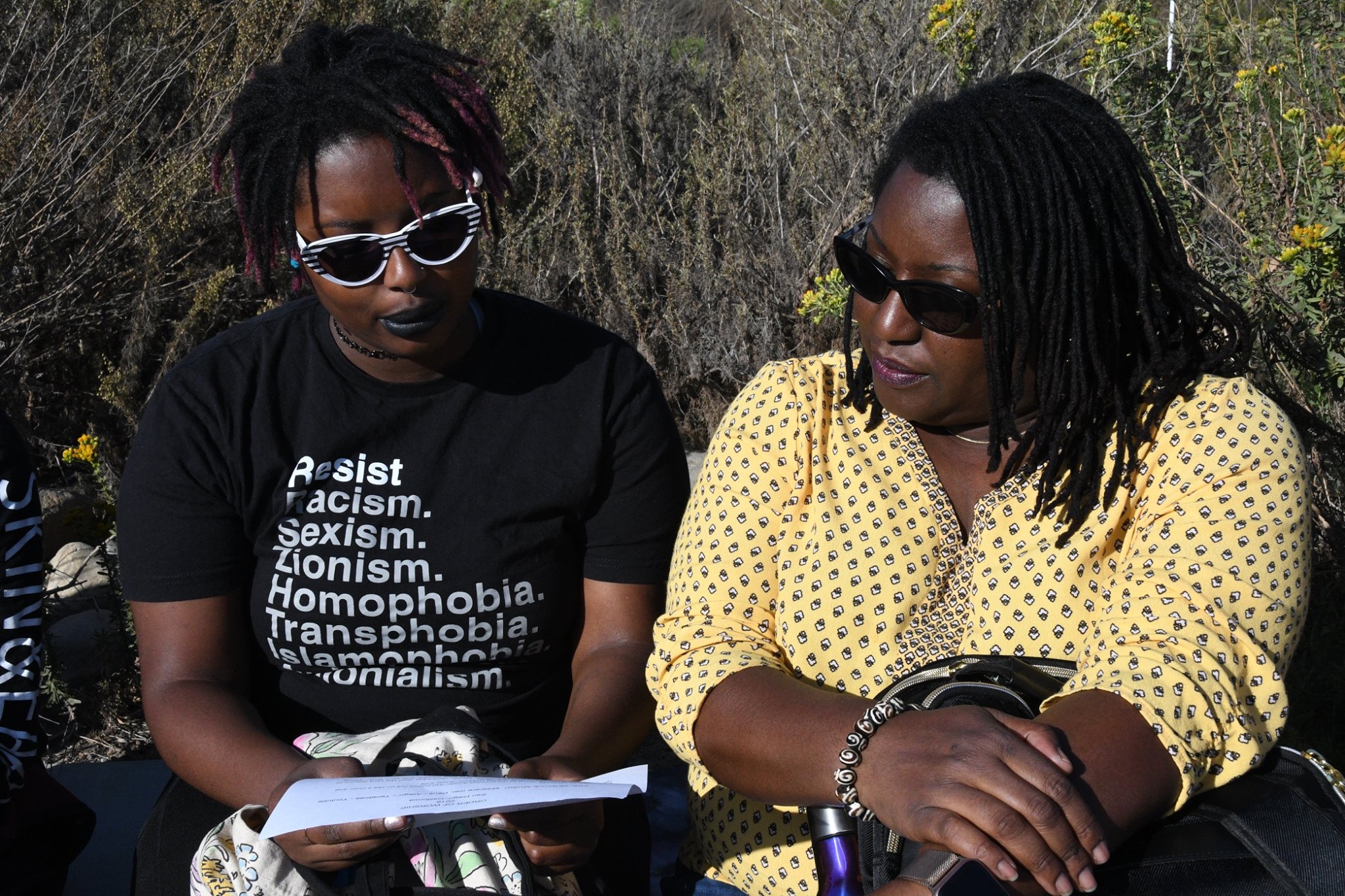 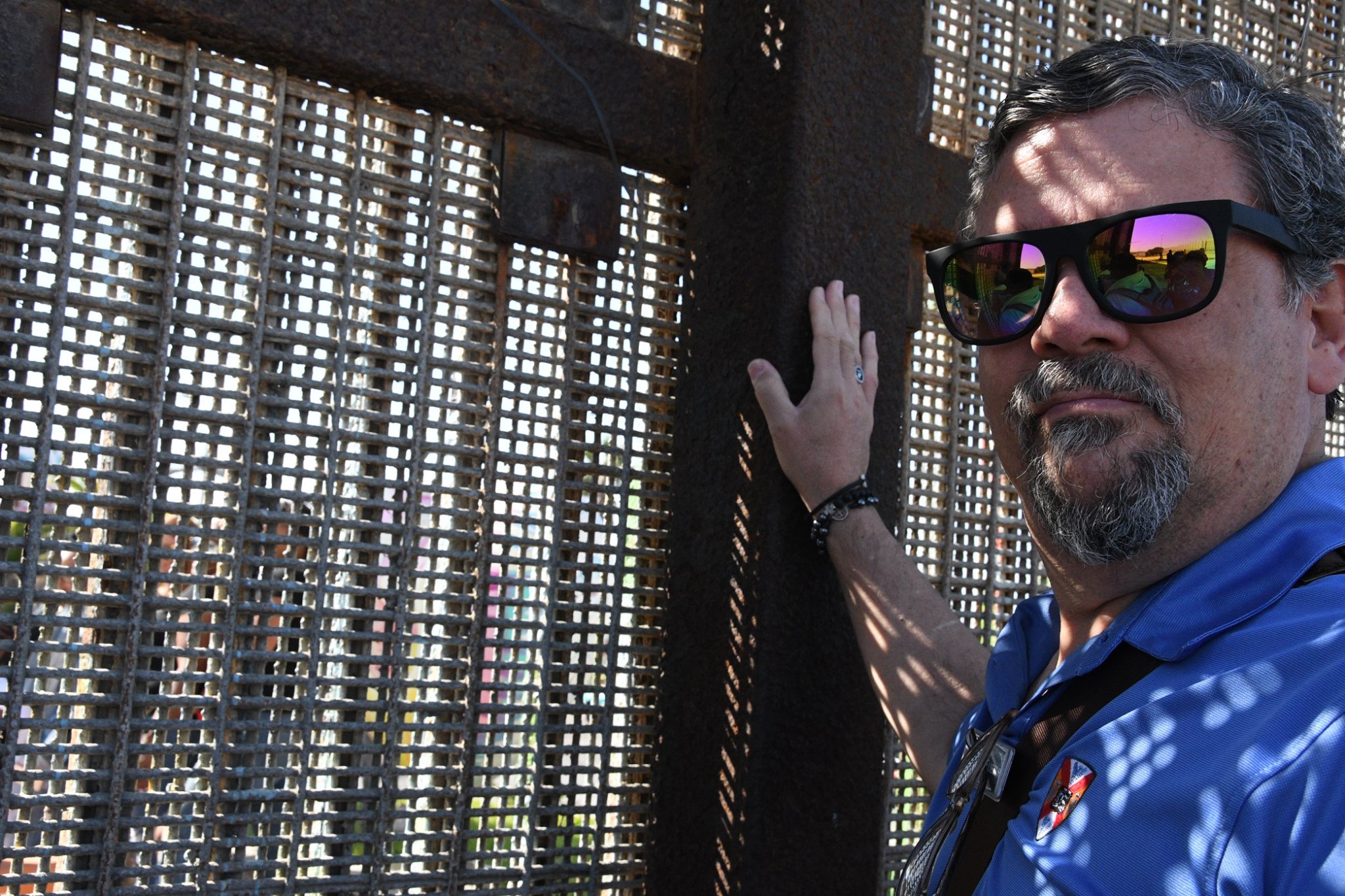 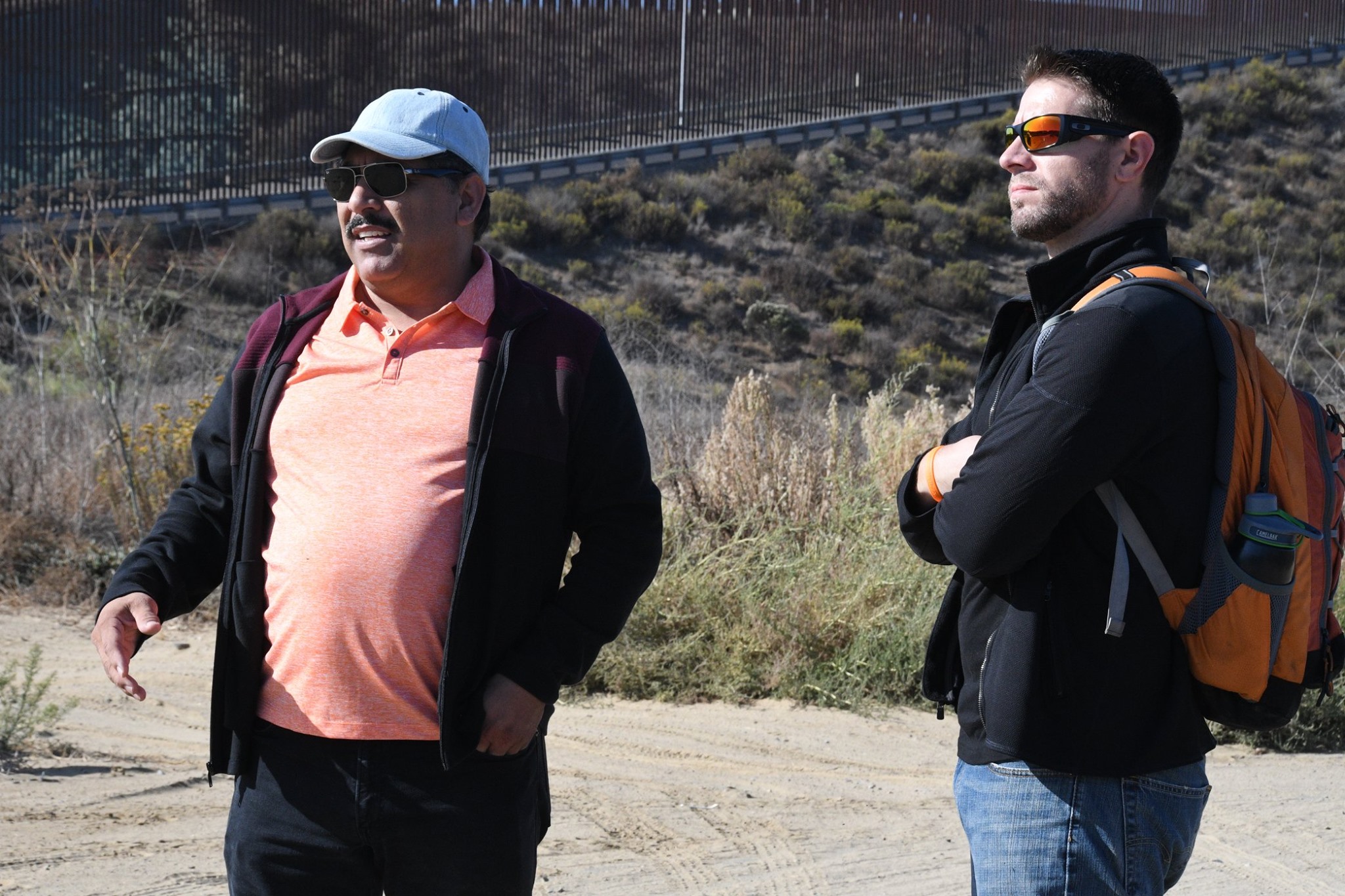 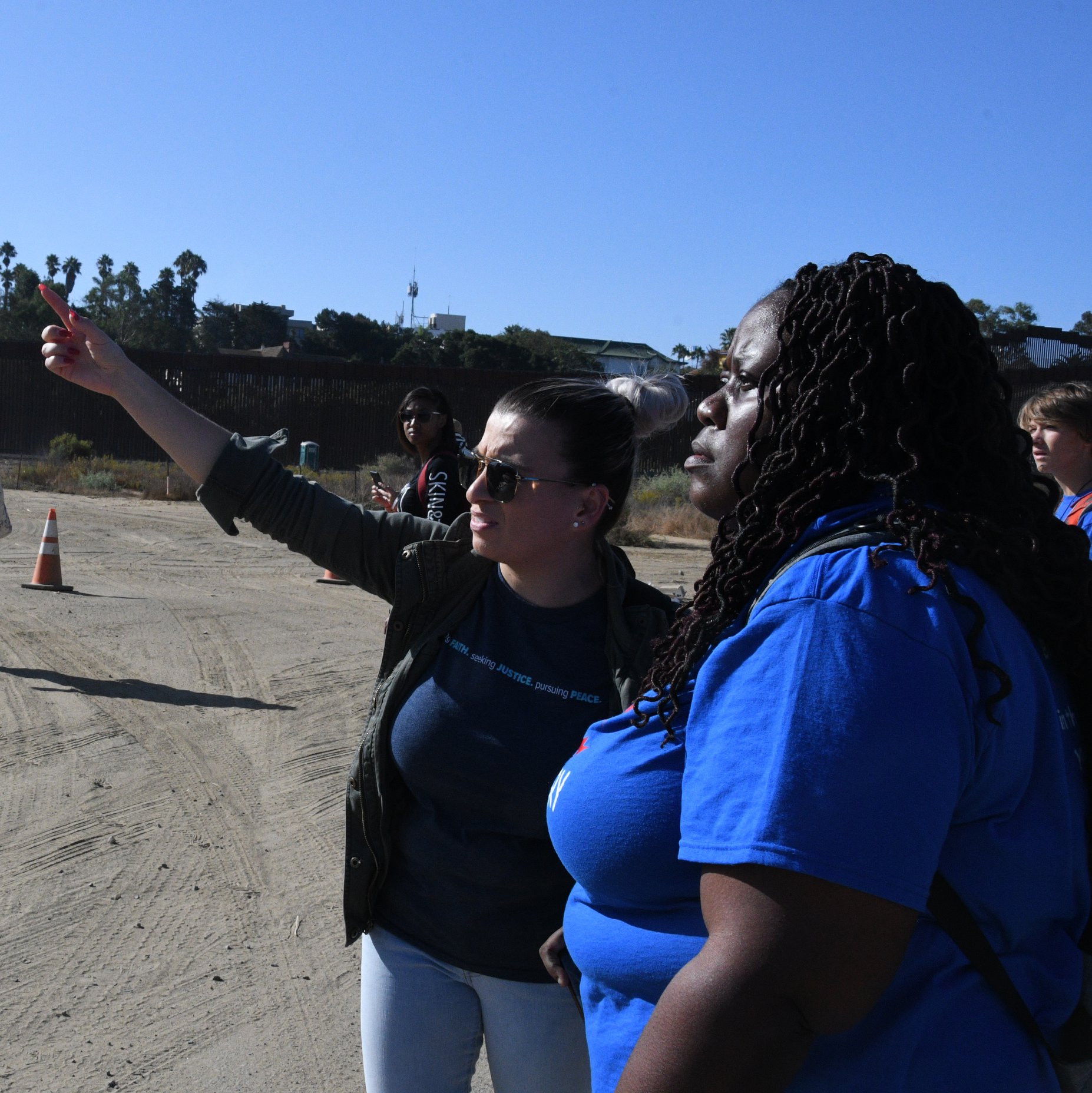 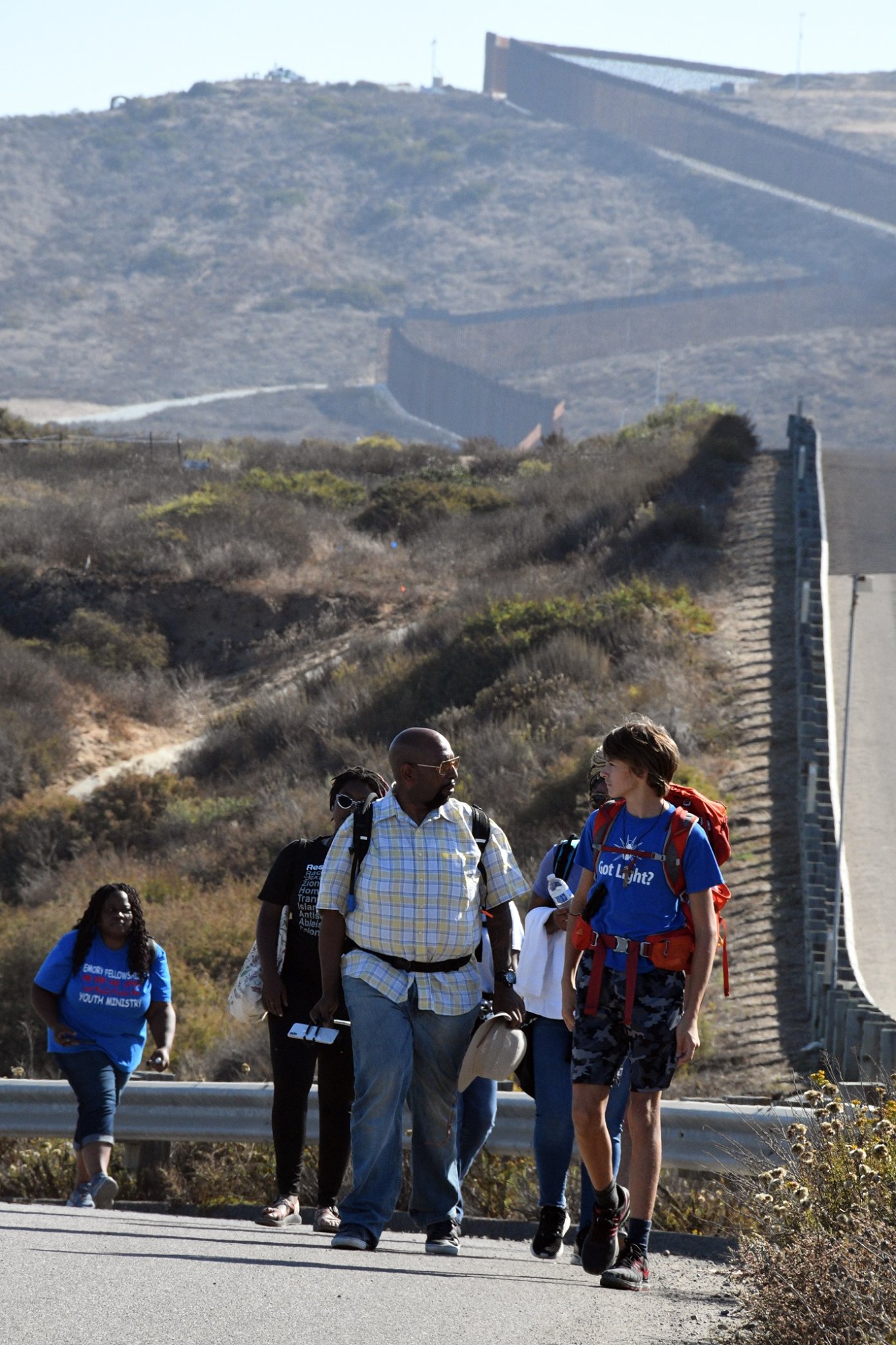 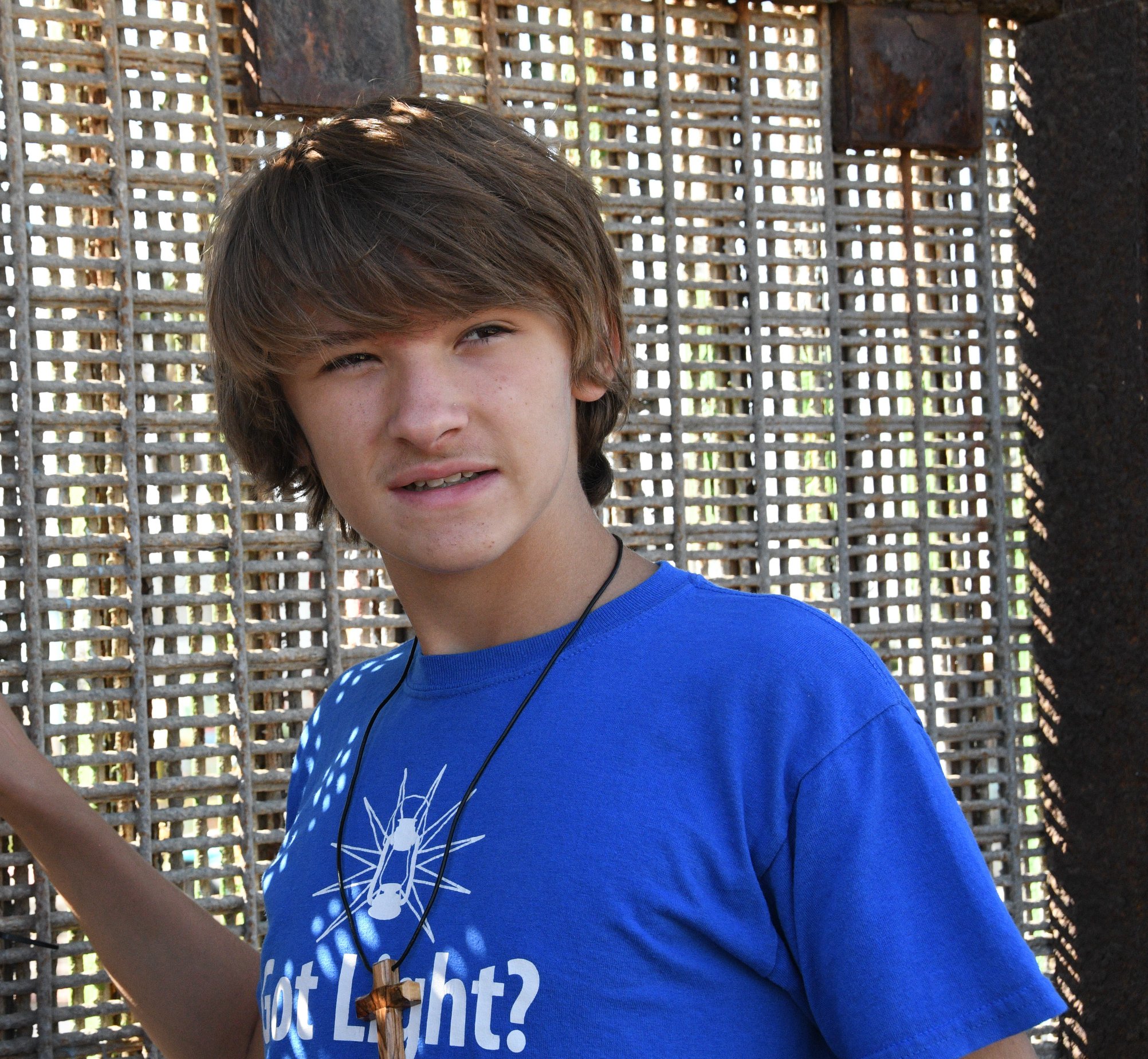