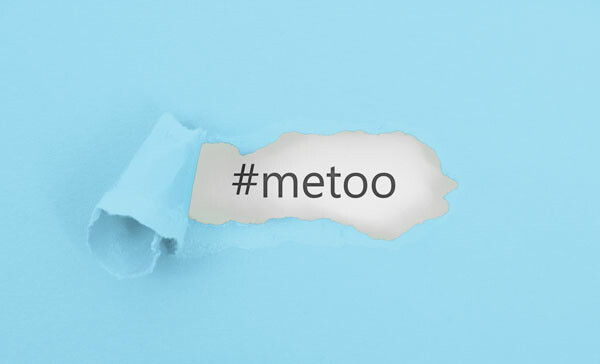 The cascading list of some very public figures being held accountable during this “Season of Reckoning” calls the rest of us men to account for a double standard we have allowed to exist for far too long, rooted in untethered, privileged male conduct.

The advantages of positional power can be intoxicating, especially when leaders are morally unhinged. Many of us men of privilege have felt the allure of entitlement which often comes with positional power in a variety of forms.

And yet, most of us are not predators or sex abusers. Those who are have lost their ethical footing. They harass, violate, or opportunistically take advantage of others because they are adrift in the illusory self-inflation of entitlement. This not only gets expressed as sexual misconduct and but as discrimination against persons of color and domination over others deemed less powerful or just different.

In society, what we are witnessing in the “#Me Too” movement right now is astonishingly heroic. So, first of all, this is a time for men to listen to the pain of women telling their experiences about harmful male behavior. These are the stories of our mothers, sisters, spouses daughters.

But after listening and learning, shouldn’t men also say something? I have a sense that our complicit silence right now is part of the larger problem. If so, what might men of privilege and power be saying to ourselves first, then to one another and to our families?

To we should be saying…

Now is a time for self-reckoning about our individual contribution to, or participation in, the unsafe environment for women. If there is any part of our life, or our conduct, in which we are “out of integrity” with our sacred self, it’s time to correct it. If we have sexual secrets, we must find the courage to share them. If we have betrayed someone’s trust, it’s time to ask for their forgiveness.

To our brothers, sons and other men we should say …

Being a man with a passionate sex drive in not a bad thing; in fact, it is a wonderful thing. God created us this way. And, one of the most important issues of character every man will face is how to responsibly manage his sexuality throughout his life … whether or not to laugh at, or challenge, “locker room” talk and degrading jokes… what to do about the allure of pornography, bachelor parties, or strip clubs … and where to establish appropriate boundaries of intimacy with people other than a committed partner. Universally, men have struggled to define, and redefine, our character in relation to these challenges, with varying levels of success and regret.

We need each other to bring out the best in male behavior. We need to say to each other, “I will not laugh at your misogynous jokes or look the other way, and will count on you to hold me responsible for my own bad behavior.”

Brothers, it is time for us to risk a whole new level of peer accountability in the fraternity of men.

And to women, we should be saying…

As I listen to your stories of pain, I choose to add my baritone voice to the alto chorus clearly condemning all forms of womanizing, sexual misconduct, discrimination abuse.

As a society, we have tolerated unhealthy male entitlement too long, exonerated powerful men guilty of abhorrent behavior in a culture of low accountability, and not taken sexual misconduct seriously. As a man, I have sometimes been , and at times a willing, participant and contributor to the creation of this environment that undervalues women. I am ready to help make in our society which will benefit the humanity of all of us, women and men.

From my place of growing awareness, I will continue to need your help in seeing those things I am blind to, as we together make the changes that are long overdue.

*The Rev. Chris Holmes United Methodist pastor working as a leadership coach and coach trainer in several Protestant denominations. He lives near Annapolis.