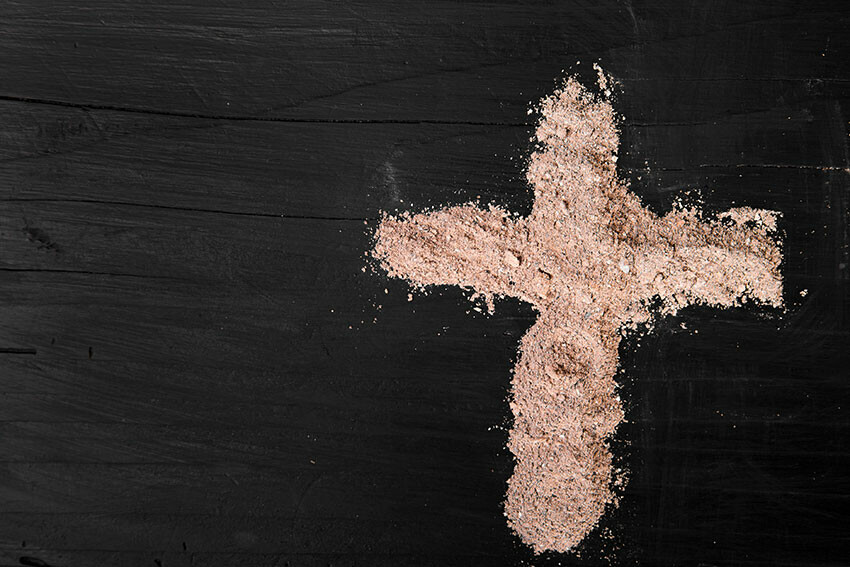 What are you giving up for Lent?

That question is one that has haunted me for as long as I can remember. Growing up Catholic, giving something up for Lent was a given. It usually involved the removal of sweets or chocolate when I was a child. As an adult, it now involves giving up my favorite food: French fries. (Seriously.)

I know it’s trendy these days to add something during Lent instead of giving something up. For example, adding to your life the sending of a thank you card every day, or trying to make your prayer life stronger by adding 15 minutes a or taking more time to read your Bible. You get the idea.

But some recent research troubles me. It says that, more and more, what Christians are giving up for Lent... is Lent.

LifeWay Research, an arm of LifeWay Christian Resources (think the Southern Baptist version of Cokesbury), recently published findings from a late 2016 survey that show 3 out of 4 Americans do not observe Lent.

Quoting from the article, Scott McConnell, executive director of LifeWay Research, said that unlike other Christian traditions such as celebrating Easter or Christmas, “Lent seems to lack crossover appeal.”

Why are Americans giving up Lent for Lent? The article notes that Lent focuses on giving things up in order to gain spiritual benefits in preparation for Easter. “There’s no social benefit like giving gifts or getting together with family,” the article states. “It’s a religious tradition that remains focused on personal devotion.”

“Lent is not about having your best life now,” McConnell said. “Those who observe it believe they are giving up things they want in order to focus on what God wants. There’s little popular appeal in that.”

Let’s let that last thought sink in for a minute.

Focusing on what God wants, instead of what WE want, has “little popular appeal.”

I thought that the idea of focusing on what God wants and not what I want was a foundation of a Christian life, no? Perhaps part of the problem(s) we are having as a society is the very fact that focusing on God – or, heaven forbid, focusing on the poor, the immigrant, the refugee, the shunned, the addicted, the “other” – has “little popular appeal.”

So, sisters and brothers, how do we fix this? How do we get Lent more “popular appeal”? I wish I had the answer. I’m just asking the question and I’m open to suggestions. (Send ideas to me at , and I’ll publish the best ideas later.)

Lent begins March 1 and ends during Holy Week. It is traditionally seen as a 40-day period of preparation for Easter (Sundays don’t count during Lent; each one is considered a “mini-Easter”).

According to LifeWay Research, Catholics lead the way in observing Lent, at 61 percent. Protestants are only at 20 percent. This must come as bad news for Christian retailers marketing Lenten products to mainline Protestants (like Cokesbury and LifeWay), but that doesn’t stop people and organizations from publishing those resources.

Take, for example, this excellent resource from the United Methodist Commission on Religion and Race. They have produced a six-part series, “Roll Down, Justice!” that is perfect for Lent. The series is based on the collection of social justice hymns recently published by Mark Miller of Drew University School of and includes a study guide written by Dr. Faye Wilson. Each of the six parts has a short video that you can watch with a group, your partner, your family, or on your own.

I encourage you to join the minority who practice a holy Lent. I urge you to buck the downward trend of Americans giving up Lent for Lent. You may not be “glad” that you did, but you’ll find a more joyous Easter at the end.

And you’ll be a better disciple of Jesus Christ, too.