The United Methodist Church is taking to the streets of Baltimore this week to offer the gift of hospitality with a warm invitation and a hot cup of cocoa. As commuters, holiday shoppers and event-goers crowd the city’s most trafficked areas, United Methodists are among them, hoping to warm their stomachs and their hearts.

On Dec. 15, one of the coldest December days on record in Baltimore, Ambassadors of Cheer and volunteers were at Penn Station at 6 a.m., offering hot cocoa, gloves, and information cards to commuters, travelers and visitors. By noon, more than 400 cups had been served and dozens of pairs of gloves had been given away.

“Church is happening here,” said the Rev. Stacey Cole Wilson, standing steps from the front door of the train station. Cole Wilson, Director of Congregational Excellence and Strategic Partnerships for the Baltimore-Washington Conference, said it may look like hot cocoa and gloves are being handed out, but “it’s people being the church and living out their faith.”

“We understand that God is love,” she said, “and God has called us to act in loving and compassionate ways. Because God’s love has been poured out upon each and every person in creation, our response to that love is to come out and share some hot cocoa today, and gloves, as we’re able to.”

The hot cocoa and the Ambassadors of Cheer who helped dispense the sweet beverage were provided by Rethink Church, the next evolution of the "Open hearts. Open minds. Open doors." welcoming and advertising campaign sponsored by United Methodist Communications in Nashville, Tenn. Rethink Church seeks to redefine the church experience beyond the church doors and invite people to become engaged in the world, asking the question, "What if were a verb?"

"We think can happen anywhere—and so can hospitality," said the Rev. Maidstone Mulenga, Director of Connectional Ministries for the Baltimore-Washington Conference. "Church is not something that happens just within the walls of a building. It's a way of life focused on reaching out into our communities to offer hope and love. By taking the church to the city, we hope to help people connect with a local church just in time for Christmas.”

That’s exactly what happened with one man. A security officer at the station, Brian, not only allowed the Ambassadors of Cheer to come inside the but, by the end of the morning, had asked for assistance in finding a church home for him and his family.

Several churches throughout Baltimore are sending volunteers to assist with the hot cocoa giveaway, providing resources and information about The United Methodist Church. Cole Wilson especially thanked them for their hard work.

The Ministry of Communications at the BWC, along with Connectional Ministries, provided the money to purchase the nearly 500 pairs of gloves that will be given away, Cole Wilson said.

“This initiative has touched the hearts of people of all ages,” Cole Wilson said. “Volunteers are intergenerational, including some elementary school children who have challenged their classmates to raise money to buy more gloves.”

Those volunteers are expected to be at the city’s Inner Harbor skating rink on Saturday, Dec. 17, from 11 a.m. to 5 p.m. On Sunday, Dec. 18, the outreach effort will be in the Hamden area of the city, where the cocoa will be given away from noon to 6 p.m.

Also on Sunday, the Ambassadors of Cheer and UMC volunteers will be in Washington, D.C. Starting at the Washington Harbour skating rink, the mobile effort will visit Georgetown, the Holiday Market and then head to the National Mall between the hours of 11 a.m. and 6:30 p.m.

United Methodist churches are opening their doors wide during the holidays and they invite all to attend a United Methodist place of worship as Christmas nears. The cups filled with chocolatey goodness exhort cocoa drinkers to “Rethink Church” and point them to a website – rethinkchurch.org/find-a-church/search – where they can find a local church in their area. A mobile billboard cruising the streets will do the same. National advertising will also be running on digital media and cable television.

Research shows that twice the number of U.S. adults say they are lonely compared to 10 years ago. That’s despite being continually connected more than ever before through texting, Facebook, Twitter, Snapchat etc. Mulenga said people may be missing a deeper, more meaningful kind of community.

“Christmas is a time when many people are particularly lonely or feel like something is missing from their lives,” said Mulenga. “The United Methodist Church is a place to belong, where you can explore the true meaning of Christmas with others.” 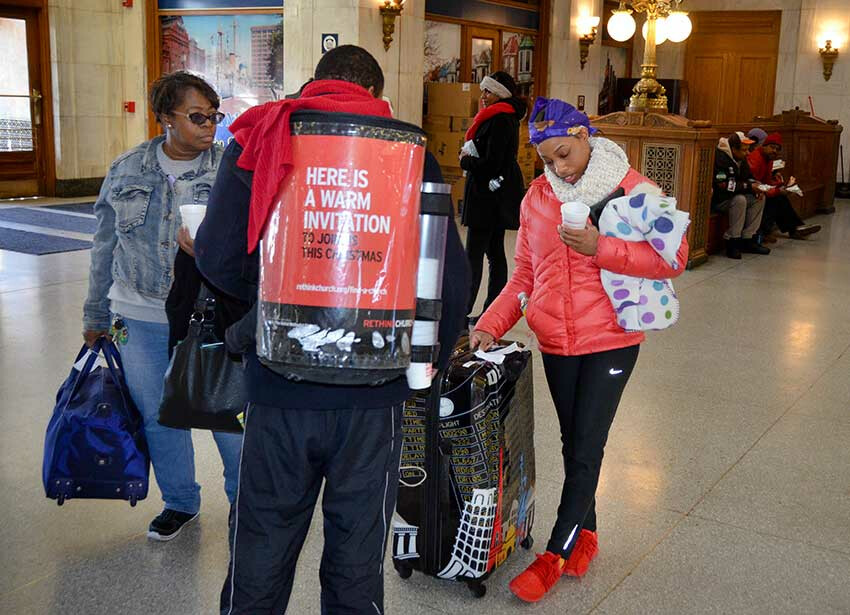 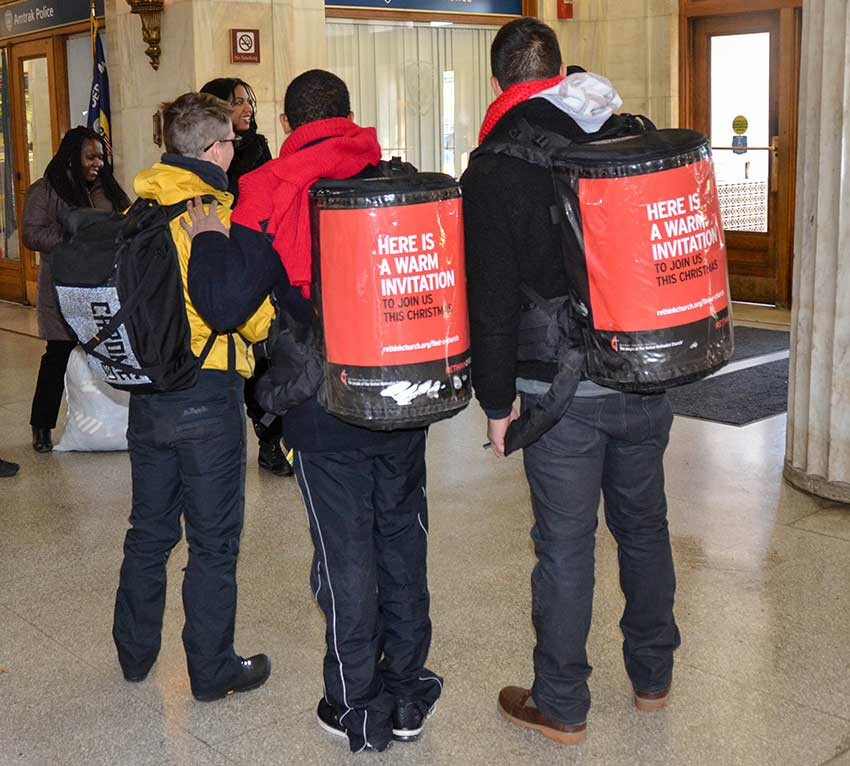 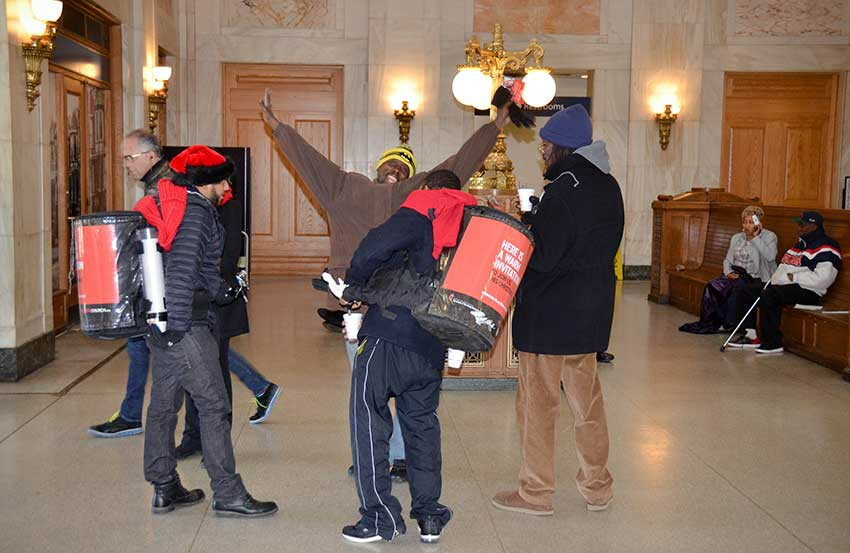 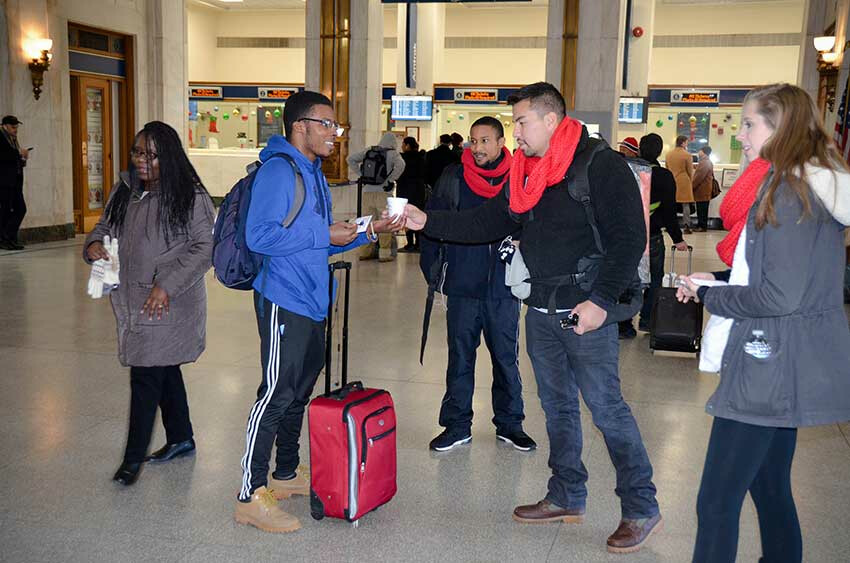 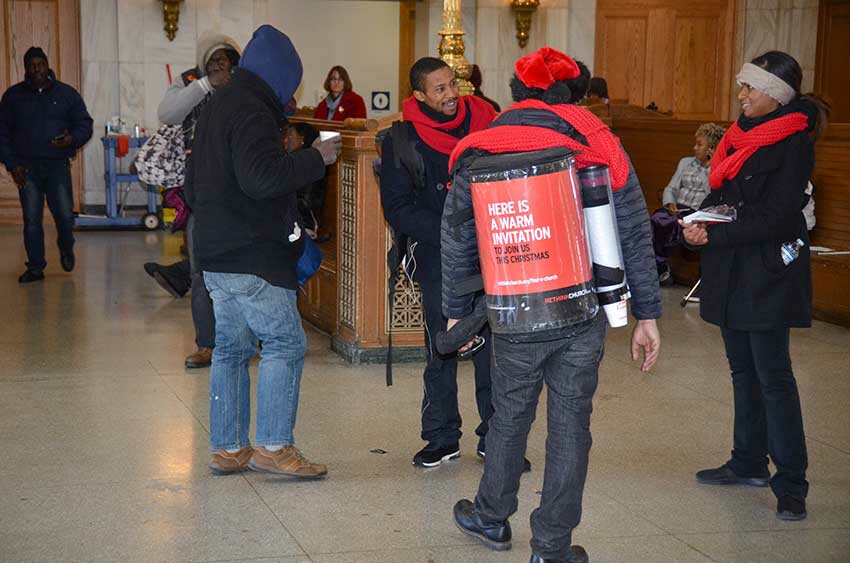 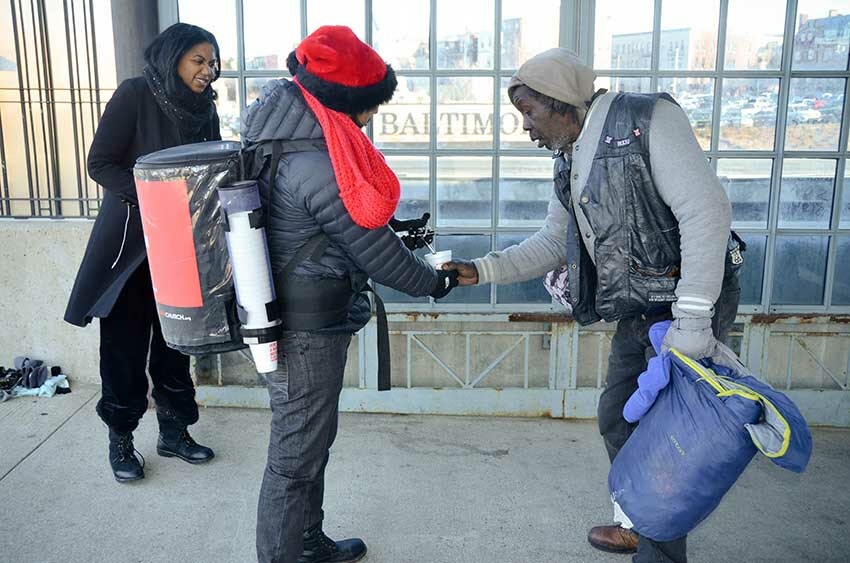