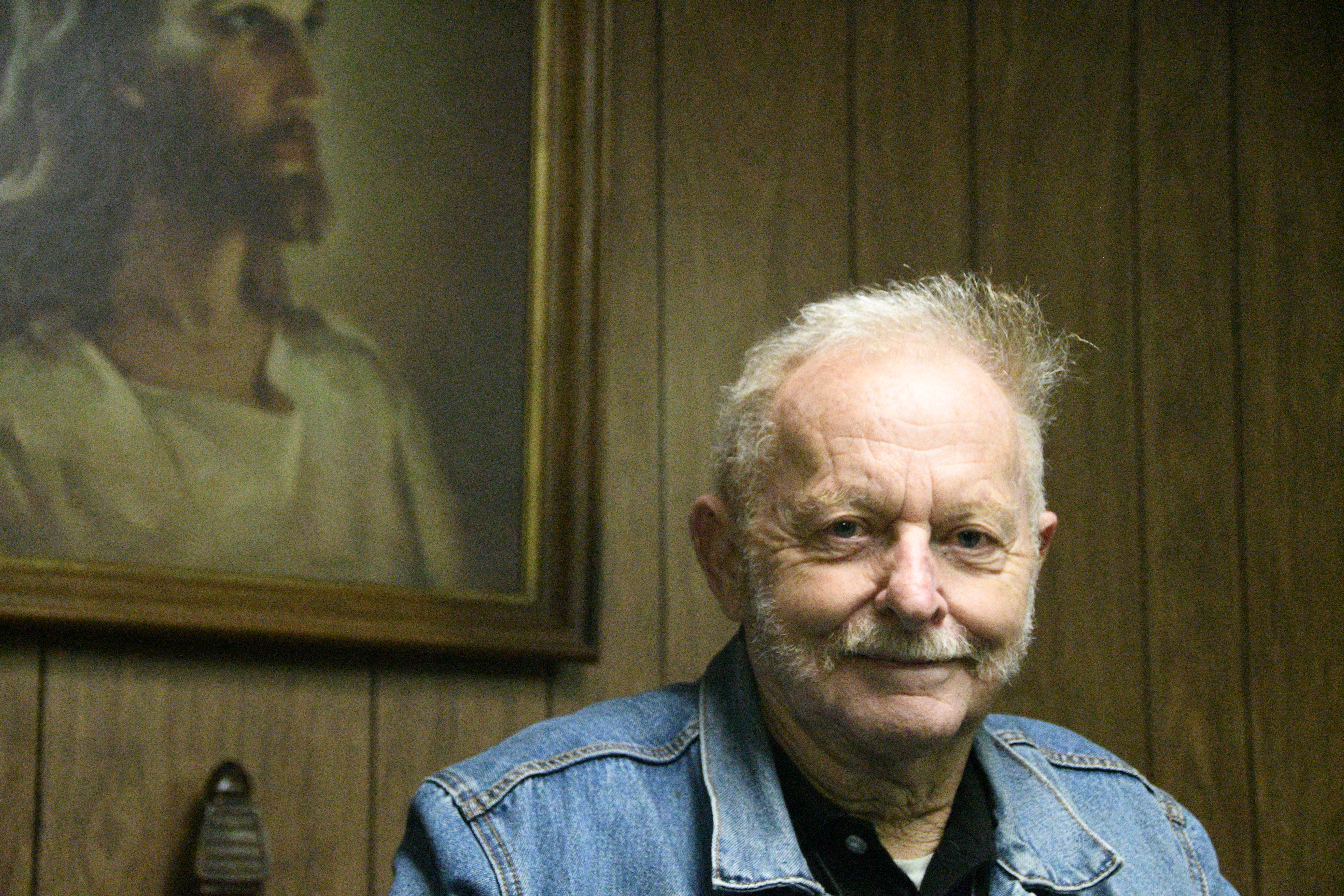 Sometimes the Holy Spirit catches you off-guard. It’s amazing to me how often God’s voice speaks through everyday United Methodists, who open their hearts to the sacred and then humbly share their response with the world.

Most recently, I encountered the Comforter in “West, by God, Virginia,” when Pastor Dick Voorhaar took me to lunch at the Southern Belle Truck Stop and Restaurant in Berkeley Springs. There, the sheer beauty of the rivers and mountains colliding with the brilliant changing colors of the leaves feels like a masterpiece in the making, and the cooking is delicious.

I had never talked with Pastor Voorhaar before. He leads Mt. Zion UMC in Orleans, a small congregation near the railroad track, which, in terms of faithfulness and love of Jesus, he’ll stack up against Christians from any sized church anywhere.

Voorhaar, a certified lay minister, retired from his position as sheriff of St. Mary’s County in southern Maryland in 2002. He followed the beauty to West Virginia, where his faith seems to deepen with every person he encounters.

Over the table, he shared memories of people he’s met and prayed with in the bowling alley, how he and his congregation cooked and sold thousands of pepperoni rolls in two days to raise money for a boy’s eye surgeries, and how he baptized nine people last year in the Capon River. He told me how the story of a small, pocket cross he gave to a cashier at a grocery store, came back to him when that same cashier, two years later, shared how the cross helped shape her life with a woman that she encountered, who just happened to be Voorhaar’s daughter.

He spoke of riding with his grandson down the highway on his motorcycle, of chopping firewood for exercise, of praying last night with a woman who needed him in a VFW bar, and of surviving a bout with cancer, for which he still needs chemotherapy.

But mostly he talked about his faith in God. It’s deep, and abiding, and it flavors everything.

The leader of the Morgan County Homeless Coalition, Voorhaar remembers back to his time in the Korean War, while he was playing cards and drinking whiskey and a fellow soldier “threw out a passage of Scripture.” It went right to Voorhaar’s heart and touched him in a way that nothing ever had before.

That soldier never knew the impact his words had, Voorhaar said. This led Voorhaar to realize our words and actions can make a lasting difference, even when we’re unaware of their impact. He tries to remember that lesson and share it with others.

His memories of Korea also conjure up the words of an officer who warned the men against smoking cigarettes in the dark because the glow of the ember illuminated them for the snipers and put them in the enemies’ gun sights.

In the darkness, the tiniest of flames makes a difference, Voorhaar said. He believes this may be one of the most exciting times for Christians to be alive. “In the darkness of the world, Christ’s light can shine in remarkable ways.”

When he prays, Voorhaar’s prayer is a simple one: “God, show me your will.” The prayer provides the spark that brings light to his daily path.

When it came time to go home, after lunch and a tour of his church and the magnificent countryside, I left with a pocket cross Voorhaar gave me tucked away in my camera bag. He gives them away to everyone he encounters. But I get the sense it’s the memory of him and his witness that tend to be the more profound symbol of God’s love.

See a story on the new Berkeley Springs shelter.

I HAVE KNOWN DICK FOR MANY YEARS. HE IS A SHINING LIGHT IN THE METHODIST CHURCH. HIS PARISHONERS ARE TRULY BLESSED TO HAVE HIM AS THEIR SHEPHERD.

Just the lift I needed this moment, I will be spreading some of his words on our road sign for Thanksgiving message, Thanks for your varied service over the years, A Life well lived.