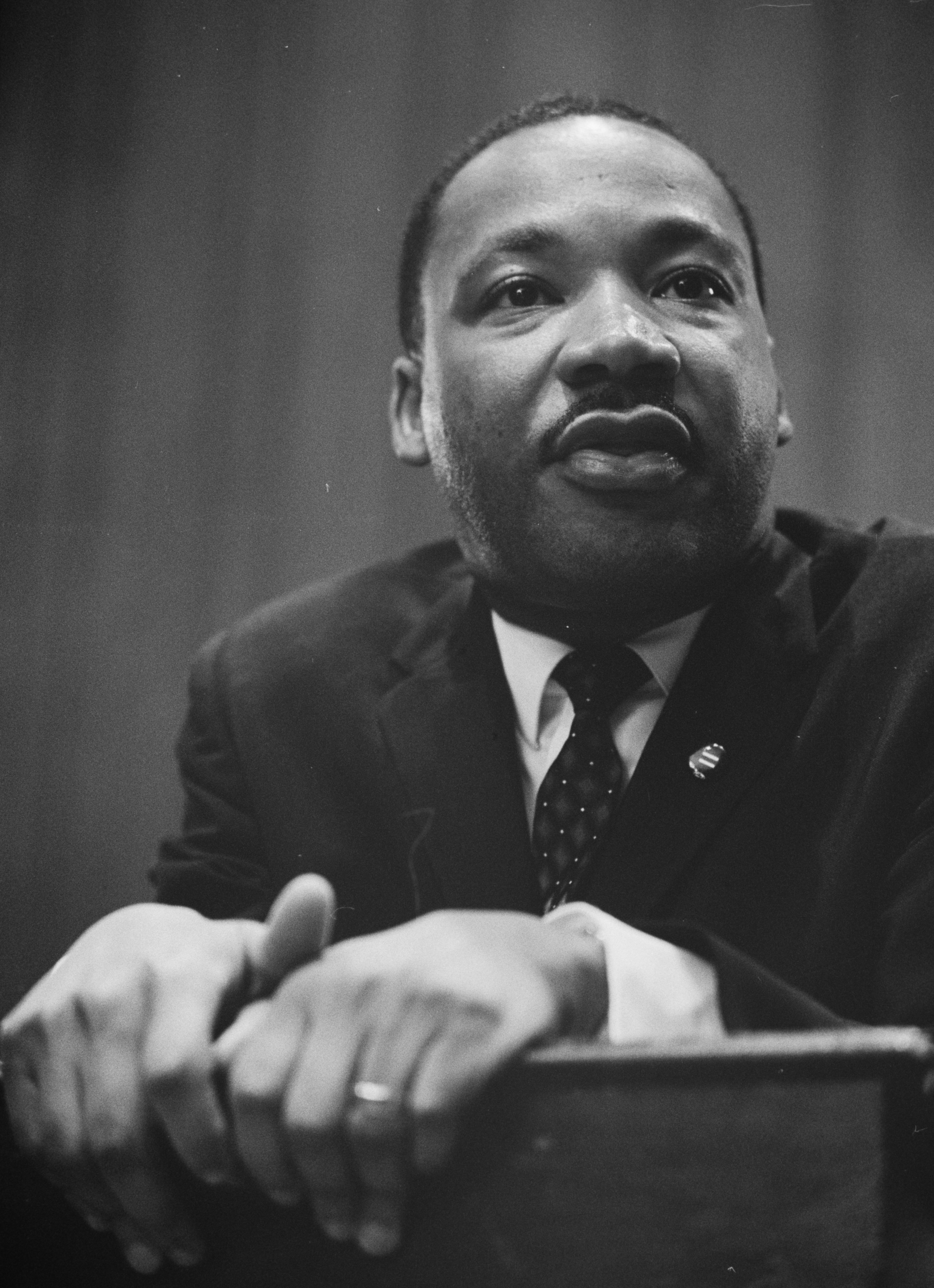 This year marks the 93rd anniversary of Rev. Dr. Martin Luther King, Jr.’s birth, and the 54th year after his assassination on April 4, 1968, in Memphis, Tennessee. As was the case in 1968, the nation and world are fraught with various existential and spiritual realities that challenge our life together. Today, we are faced with the quadruple pandemics of COVID-19 and health crisis, economic distress for many, racial division, and pervasive political discord.

In April of 1963, King wrote a letter to eight clergymen in Birmingham, Alabama, which has come to be known as his Letter from Birmingham Jail, and on Aug. 28 of the same year in Washington, D.C., at the urging of gospel singer Mahalia Jackson, who encouraged him to “Tell them about the Dream Martin!”, King delivered the concluding recitation in what has come to be known as his “I Have a Dream” speech.

In both the Birmingham letter and Washington, D.C., speech, King demonstratively spoke of the “fierce urgency of now” and the need for immediate action in addressing racial, social and political upheaval in the quest for freedom and justice for all people. He said, “We are now faced with the fact that tomorrow is today. We are confronted with the fierce urgency of now. In this unfolding conundrum of life and history, there "is" such a thing as being too late. This is no time for apathy or complacency. This is a time for vigorous and positive action.”

And so today, we might wonder what King would say if he were alive to write a letter to America. Here might be some of what he would share with America in 2022:

My Dear American Sisters and Brothers,

I greet you in the all-abounding love of God in Christ, our Savior. I pray that all of you now find yourselves reasonably well and are continuing to strive toward living in peace with justice, and striving to become the Beloved Community. In reflecting on the nearly 54 years since my last public address at Mason Temple Church of God in Christ, in Memphis, Tennessee, on the night of April 3, 1968, and my assassination on a balcony at the Lorraine Motel at 6:01 pm the following evening in that same city, much has occurred in America.

Much of the progress that was eventuated up to my death, as seen in the passing of national Civil Rights legislation in 1964, and Voting Rights legislation in 1965 seemed to come to full fruition with the election of Barack H. Obama in 2008 as the 44th President of the United States, the first African American to hold the nation’s highest office. And yet, in the past several years there has been a heightened emergence (or re-emergence) of evils such as racism, classism, sexism, xenophobia, homophobia, misogyny, white supremacy and forms of nationalism that now serve to perpetuate and exacerbate division in much of American society, and even in large segments of the churches.

A backdrop to the nation’s celebration of my birth on this January 15th, is the memory of existential and tragic darkness that you witnessed one year ago at the U.S. Capitol on January 6, 2021, wherewith rioting and insurrection, lives were lost, people were beaten and terrorized, federal property was destroyed, elected officials' lives were threatened, and democracy and freedom were threatened as you’ve never witnessed before. Indeed, vitriolic hatred was on full display and in full effect on that day at the U.S. Capitol in the nation’s capital.

I remind you that less than two miles from the U.S. Capitol is located a memorial in my name, the Martin Luther King, Jr. Memorial. Etched in the circular stone wall surrounding the Memorial are several of my most notable quotes, a few of which I remind you of today: “True peace is not merely, the absence of tension, it is the presence of justice.” “We shall overcome because the moral arc of the universe is long, but it bends toward justice.” “Injustice anywhere is a threat to justice everywhere.”

Another sentiment that is etched into my memorial’s wall is “Darkness cannot drive out darkness, only light can do that. Hate cannot drive out hate, only love can do that.” In light of the challenges that confront you, I remind you to remain cognizant that each of you is called to be the light and love that the nation and world needs to overcome darkness and hatred now extant among you.

Remember that there is a certain collective force among those of you who are committed to seeing that the vision of the prophet Amos is realized that “justice (would) roll down as waters, and righteousness as a mighty stream” (Amos 5:24).

America, in light of all that now fractures you, and in light of the multifarious issues that you face, the most critical and fundamental fight for American democracy and the exercise of your citizenship is the fight to secure the right of all Americans to exercise your right and responsibility to vote, and for all votes to be counted.

In recent years, and especially in the past 12 months, there have been persistent threats to voting rights for all American citizens with the passing of legislation in numerous states designed to limit and suppress access to voting, particularly among Black and Brown citizens. I remind you of a sentiment of the late Congressman John Lewis that continues to ring true, “The vote is almost sacred.”

I encourage each of you to do several things:

There is a great deal more that I could share, but I will conclude my letter by encouraging you to never give up dreaming and hoping for a better tomorrow. Regarding hope, I remind you of my past sentiments that hope is always “animated and undergirded by faith and love,” and that hope is “the refusal to give up despite insurmountable odds.” Always remember, if you have hope, you have faith in something.

Never forget my words on the steps of the Lincoln Memorial in August 1963 in the dream that I shared with the nation on that sunlit day that there would someday be “[hewn] out of the mountain of despair, a stone of hope.”

My dream for you, America, remains the same as it was almost 59 years ago, that the Beloved Community will become a reality. As always, I pray that yours will be a future filled with hope.

With Agapic Love,
Your Brother Martin

Rev. Dr. C. Anthony Hunt is the supervising pastor of the Beloved Community Cooperative Parish, comprised of three urban congregations in the Greater Baltimore area. A scholar whose specializes, in part, in the writings of Dr. King, Hunt teaches at Wesley Theological Seminary in Washington and the Ecumenical Institute of Theology, St. Mary’s Seminary and University in Baltimore. He is the author of  14 books. Learn more.

Thank you so much for your beautiful letter . I can almost hear Dr. King preaching this as a sermon. He was such a beacon of light for all humanity and will always be remembered for his words and deeds, especially “We shall overcome,” and yes we will … God bless you for writing this awesome letter to commemorate the birthday of one of the greats of all time.

Dr. Hunt,
Well done! Your letter is indeed a continuation of the thoughts, dreams and hope Dr. King left as our legacy. Amid the hatred, vile acts of injustice and disrespect of some, there is hope in those who are the remnant. Those who
seek to let love lead. With hope that leads to faith, love, prayer and action to spur justice on, "We shall overcome". Thanks and blessings to you.
Shalom,
Gertie T. Williams