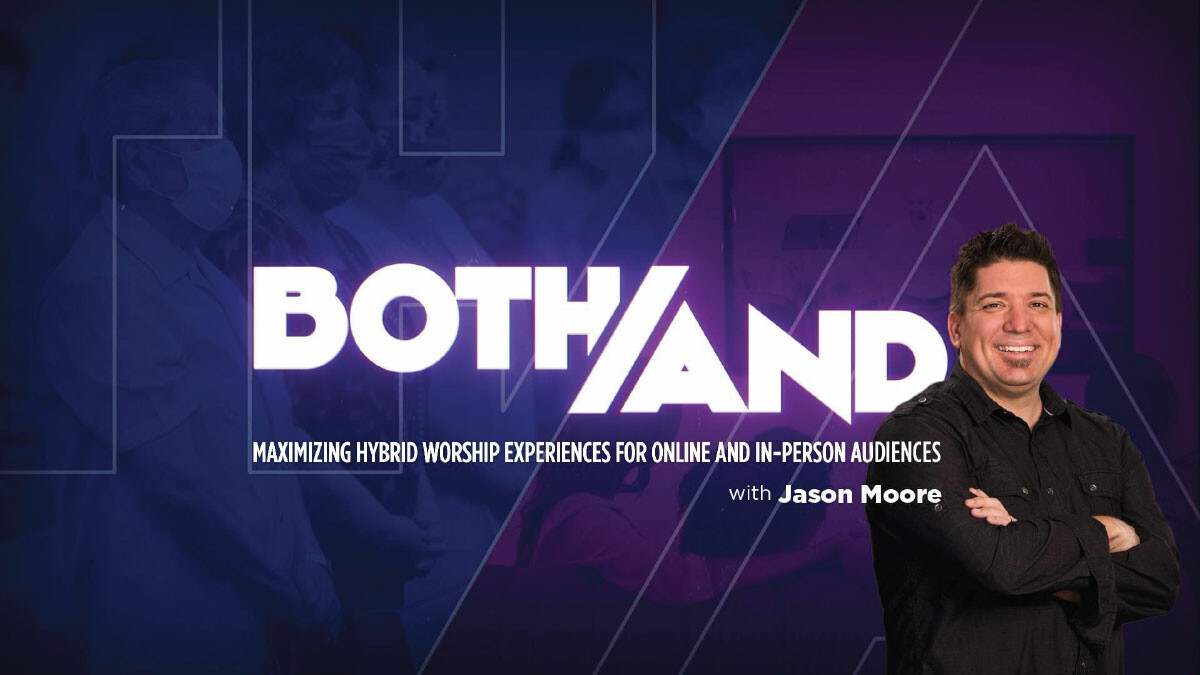 Before the global pandemic, the majority of congregations who were streaming worship online were (more or less) creating an experience for the people gathered in-person in their buildings. Leaders would often (at some point) look into the camera and say, "And if you're worshiping with us online, we're glad you've joined us." They'd then look back at the people gathered in-person and continue on with a worship experience designed as a physical gathering.

This meant that the home audience were observers of what was happening in real-time on-site. They could watch, but not truly participate. This model (arguably) worked because - at the time - we knew nothing different.

In March 2020, when congregations ended in-person worship and went online (many for the first time) the methodology for streaming worship completely shifted paradigms. Everything was about the home audience. There was no one in the room, and the people at home could feel that shift. They knew they were being talked to directly.

Now we face one of the most critical moves in the next iteration of the online worship experience. As we move back into our buildings, we mustn't return to making people at home observers after talking directly to them for so long. They'll feel that too.

We also can't take an approach where we treat the in-person crowd as the studio audience, providing the laugh or clap track, for the people watching at home. Neither of these audiences should feel secondary.

If we fail to think about how to create a BOTH/AND scenario as we go back to in-person worship, we will lose so much of what we've gained in these last seven-plus months.

Join us for Both/And: Maximizing Hybrid Worship Experiences For Online and In-Person Audiences

This 2-hour workshop will delve into strategies for how to create powerful transformative worship where no one feels like they’re an afterthought.

Known for his pioneering work in collaborative worship design and guest readiness, Jason Moore has devoted the last two-plus decades to resources development, training, and coaching & consulting that works for local churches of all sizes, styles and means.

The author of 10 books, Jason has designed worship alongside such leaders as Adam Hamilton, Michael Slaughter, Tony Campolo, Brian McClaren and Leonard Sweet. He has also led hundreds of seminars and keynote addresses across North America - teaching in 47 states in the USA.

Jason began his ministry in the late 90s at Ginghamsburg United Methodist Church in Tipp City, Ohio and later went on to co-found Midnight Oil Productions. In addition to Midnight Oil, Jason has worked with numerous denominations as a creativity consultant, media producer and trainer.

In the secular world, Jason has collaborated with several Hollywood producers in film and television and has produced numerous book trailers for New York Times best-selling authors such as Ariana Huffington, Seth Godin, Robert Greene, Ryan Holiday and Mark Ecko.

His latest book From Franchise to Local Dive: Multiplying Your Church By Discovering Your Contextual Flavor, is a book on revitalizing and starting new worship experiences.