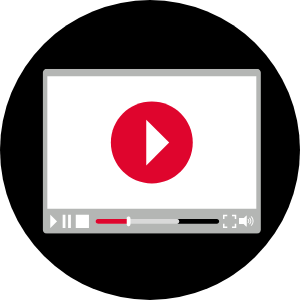 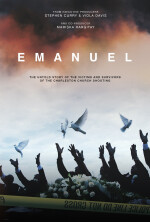 Emanuel: The Untold Story. On June 17, 2015, churchgoers were gunned down during prayer service in Charleston, South Carolina by a 21-year-old white supremacist opened fire in Emanuel African Methodist Episcopal Church. Nine African Americans lay dead, leaving their families and the nation to grapple with this senseless act of terror. Featuring intimate interviews with survivors and family members, Emanuel, from Executive Producers Stephen Curry and Viola Davis, & Co-Producer Mariska Hargitay, is a poignant story of justice and faith, love and hate, examining the healing power of forgiveness. Trailer | Discussion Guide

13TH. The title of Ava DuVernay’s extraordinary and galvanizing documentary 13TH refers to the 13th Amendment to the Constitution, which reads “Neither slavery nor involuntary servitude, except as a punishment for crime whereof the party shall have been duly convicted, shall exist within the United States.” The progression from that second qualifying clause to the horrors of mass criminalization and the sprawling American prison industry is laid out by DuVernay with bracing lucidity. Streaming on Netflix. Trailer | Discussion Guide

Just Mercy.  A powerful and thought-provoking true story, “Just Mercy” follows young lawyer Bryan Stevenson and his history-making battle for justice. After graduating from Harvard, Bryan had his pick of lucrative jobs. Instead, he heads to Alabama to defend those wrongly condemned or who were not afforded proper representation, with the support of local advocate Eva Ansley. One of his first, and most incendiary, cases is that of Walter McMillian, who, in 1987, was sentenced to die for the notorious murder of an 18-year-old girl, despite a preponderance of evidence proving his innocence and the fact that the only testimony against him came from a criminal with a motive to lie. In the years that follow, Bryan becomes embroiled in a labyrinth of legal and political maneuverings and overt and unabashed racism as he fights for Walter, and others like him, with the odds—and the system—stacked against them. Trailer | Discussion Guide | Support the Work 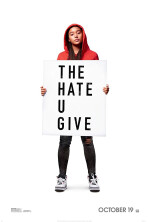 The Hate U Give. Starr Carter is constantly switching between two worlds: the poor, mostly black, neighborhood where she lives and the rich, mostly white, prep school she attends. The uneasy balance between these worlds is shattered when Starr witnesses the fatal shooting of her childhood best friend Khalil at the hands of a police officer. Now, facing pressures from all sides of the community, Starr must find her voice and stand up for what's right. THE HATE U GIVE is based on the critically acclaimed New York Times bestseller by Angie Thomas and stars Amandla Stenberg as Starr, with Regina Hall, Russell Hornsby, Issa Rae, KJ Apa, Algee Smith, Sabrina Carpenter, Common and Anthony Mackie. Trailer | Author's Discussion Guide 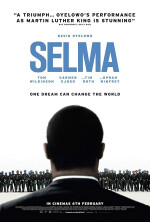 Selma. SELMA is the story of a movement. The film chronicles the tumultuous three-month period in 1965, when Dr. Martin Luther King, Jr. led a dangerous campaign to secure equal voting rights in the face of violent opposition. The epic march from Selma to Montgomery culminated in President Johnson (Tom Wilkinson) signing the Voting Rights Act of 1965, one of the most significant victories for the civil rights movement. Director Ava DuVernay’s SELMA tells the real story of how the revered leader and visionary Dr. Martin Luther King Jr. (David Oyelowo) and his brothers and sisters in the movement prompted change that forever altered history. Trailer | Youth-Friendly Discussion Guide

Trolls World Tour (2020) is an animated film that explores diversity, harmony, and hope in a time of unrest through various musical 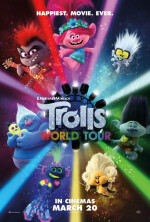 genres. Main characters Poppy and Branch discover that they are but one of six different Troll tribes scattered over six different lands devoted to six different kinds of music: Funk, Country, Techno, Classical, Pop and Rock. A member of hard-rock royalty, Queen Barb, aided by her father King Thrash, work for rock music to reign supreme. With the fate of the world at stake, Poppy and Branch, along with their friends, visit all the other lands to unify the Trolls and find a resolution where all can exist in harmony.  Through the experience, Poppy learns that we don’t all have to be the same. It’s our differences that also make us who we are. With guided discussion, leaders can explore how persons are uniquely created in God’s image, how those differences can be respected, and how we can show up in the world in ways that realize God’s justice. Trailer | Discussion Guide

Bishop Easterling’s sermon at the Aug 12, 2018 United to Love rally in Washington, DC.

Not all Christians are being silent. Church leaders drafted this statement because the soul of the nation is at stake. Will you join them?

Race: The Power of An Illusion, Episode 1, Part 1

Interview with Rev. Frankie Revell about his church deed

Exploring the Nature of God

Our Unfinished Business: What Really Happened in 1968

Hope Born Out of History: Telling the Whole Truth

Hope Born Out of History: The Cradle of Methodism