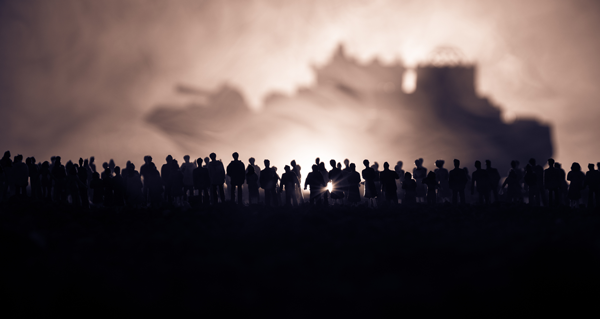 United Methodists have advocated for the needs of refugees beginning with The Refugee Act of 1980 when the U.S. settled more than 200,000 refugees a year, many from Vietnam and other parts of Southeast Asia; in the 1990s our congregations responded to the refugee crisis in Sudan; in the 2000s many welcomed refugees from Iraq and Syria.

Many of us cannot imagine what it must be like to abandon our home nation due to war. The deteriorating situation in Afghanistan is a humanitarian crisis that has now left upwards of 550,000 Afghans internally displaced. This is in addition to the 2.9 million Afghan refugees documented as of 2020.

This humanitarian crisis affects 18 million people -- one-half of the country’s population. It is the result of more than 40 years of military occupation and bitter conflict. Billions of dollars have been spent to fund endless wars. In the strength of the Creator of us all, we are called to walk alongside those who have been persecuted and displaced, to provide a space of love and safe refuge for all people in harm's way, and to advocate for peacemakers, relief workers, and policymakers, and all voices of faith, that we may have the courage, grace, integrity, and strength to make a broader path of welcome and safety for all who seek refuge. Praying for peace means that pursue healing resulting from the generational trauma of war and advocate for the needs of vulnerable people who are made in God’s image.

As United Methodists, we affirm, “Regardless of legal status or nationality, we are all connected through Christ to one another. Paul reminds us that when 'one part suffers, all the parts suffer' as well  (1 Corinthians 12:26). The solidarity we share through Christ eliminates the boundaries and barriers which exclude and isolate. Therefore, the sojourners we are called to love are our brothers and sisters, our mothers and fathers, our sons and daughters; indeed, they are us.” (The Book of Resolutions of The United Methodist Church: Welcoming the Migrant to the U.S.)

Maryland expects at least 180 Afghan refugees in the coming weeks as part of Operation Allies Refuge, a program that provides Special Immigrant Visas to people in Afghanistan who worked with the United States in fields such as translation/interpretation, security and transportation.

How can we respond?

The U.S. State Department has provided a list of the following resettlement agencies:

We ask congregations to share with us what they are doing in their local community and to direct any questions regarding how best to respond to Afghan refugee needs at or a who are in conversation with the United Methodist  Committee on Relief (UMCOR).

The United Methodist Committee on Relief, or UMCOR, addresses the global refugee and migration contexts guided by four principles: the right to stay and flourish in one’s country of origin; safe passage for those with no viable alternative but to leave; welcoming and belonging, a process wherein migrants, refugees, and receiving communities work together to meet the needs of new arrivals; and support for the returned to help them reintegrate with dignity into their home countries after deportation.

What do we advocate for in the public square?

Congress and the Administration passed and signed a bipartisan emergency supplemental budget bill that established more funding and added 8,000 Special Immigrant Visa for eligible Afghan nationals. The program ought to prioritize at-risk populations such as activists, journalists, religious and ethnic minorities, and humanitarian workers who seek refuge. Learn more.

As faith-based members of civil society, United Methodists seek Beloved Community, sustained peace-building that does no harm. We advocate for:

How can we pray?

Global Liturgy for Migrants and Refugees from the British Methodist Church

Additional resources on ministries with immigrants, migrants, and refugees