Saturday, June 1, was a special day in the life of the Annual Conference Session. An extra day was added to the agenda and, for the first time in memory, the whole day was set apart to celebrate young people and their ministry. 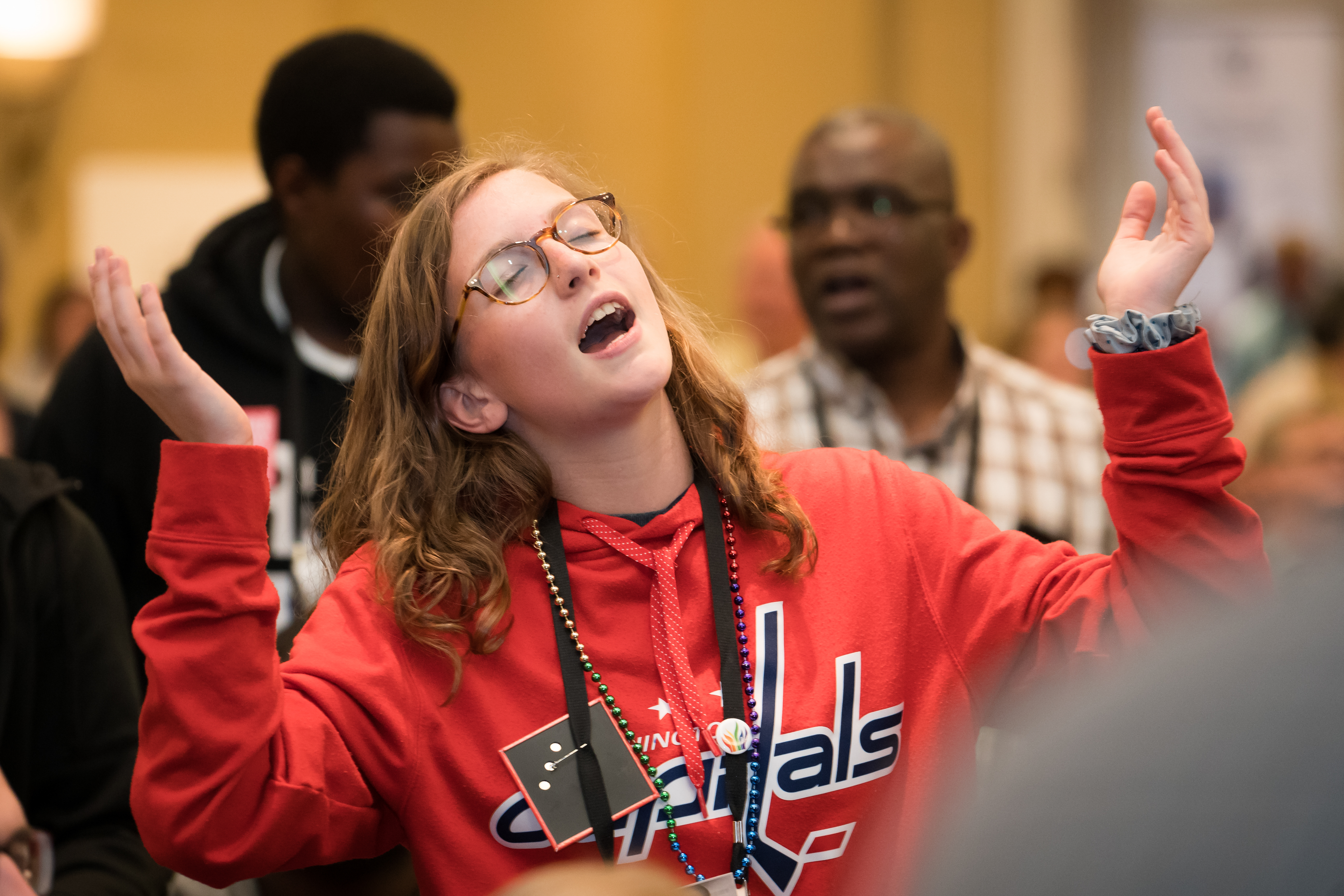 Karis Arnold, 17, the President of the Conference Council on Youth Ministry, praises God during a worship service Saturday, June 1.
Photo by Tony Richards.

“We thought that something was missing in Young People’s Ministry in the Baltimore-Washington Conference,” said Christie Latona, Director of Connectional Ministries. “We need to be more effectively reaching the next generation.”

Those numbers are about to change. In a strategic plan adopted by the conference, the BWC agreed to make the choice to “disproportionately invest in young people; to focus less on the structure of programs and more on the structure of connections; and to seek to focus the next three years on building the essential infrastructure for a thrilling, integrated, deep-impact ministry to young people in the conference.”

The day began as a youth-led revival broke out in the Grand Ballroom. Shouts of “hallelujah!” echoed through the room. Bishop LaTrelle Easterling was invited to the stage, where young people laid hands on her in prayer. Tears streamed down the bishop’s face and she ended up dancing on the way back to her seat.

Megan Blizzard, chair of the Young People’s Board, spoke passionately about the urgency of reaching young people today.

“One of the core values of Young People’s Ministry is respectful urgency,” she said. “It means engaging in Christ’s work while being humble, faithful and intentional about doing no harm.”

Blizzard – who was elected as a lay delegate to General Conference – said that the Bible is full of young people in ministry. Jesus, she said, was 33; Samuel was 11; David became king at 30.

“God has called us, your young people, and commanded us to speak. Are you listening?” she asked. “If Jesus were one of the young people in your pews, would you follow him or ask him to follow you? Would you listen to his gospel, or tell him his ideas are too outside the norm and ‘when he’s older,’ he can be in leadership?”

Mark DeVries, one of the consultants who helped formalize the strategic plan, said that hundreds of people offered input on this new direction. He shared the “why” behind the process.

DeVries used the image of planting oak trees for young people’s ministry. Oak trees, he said, take a long time to grow, and some of them can live for 500 years or longer. The best time to plant an oak tree, if you need a long log with which to create a center beam, is 500 years ago. 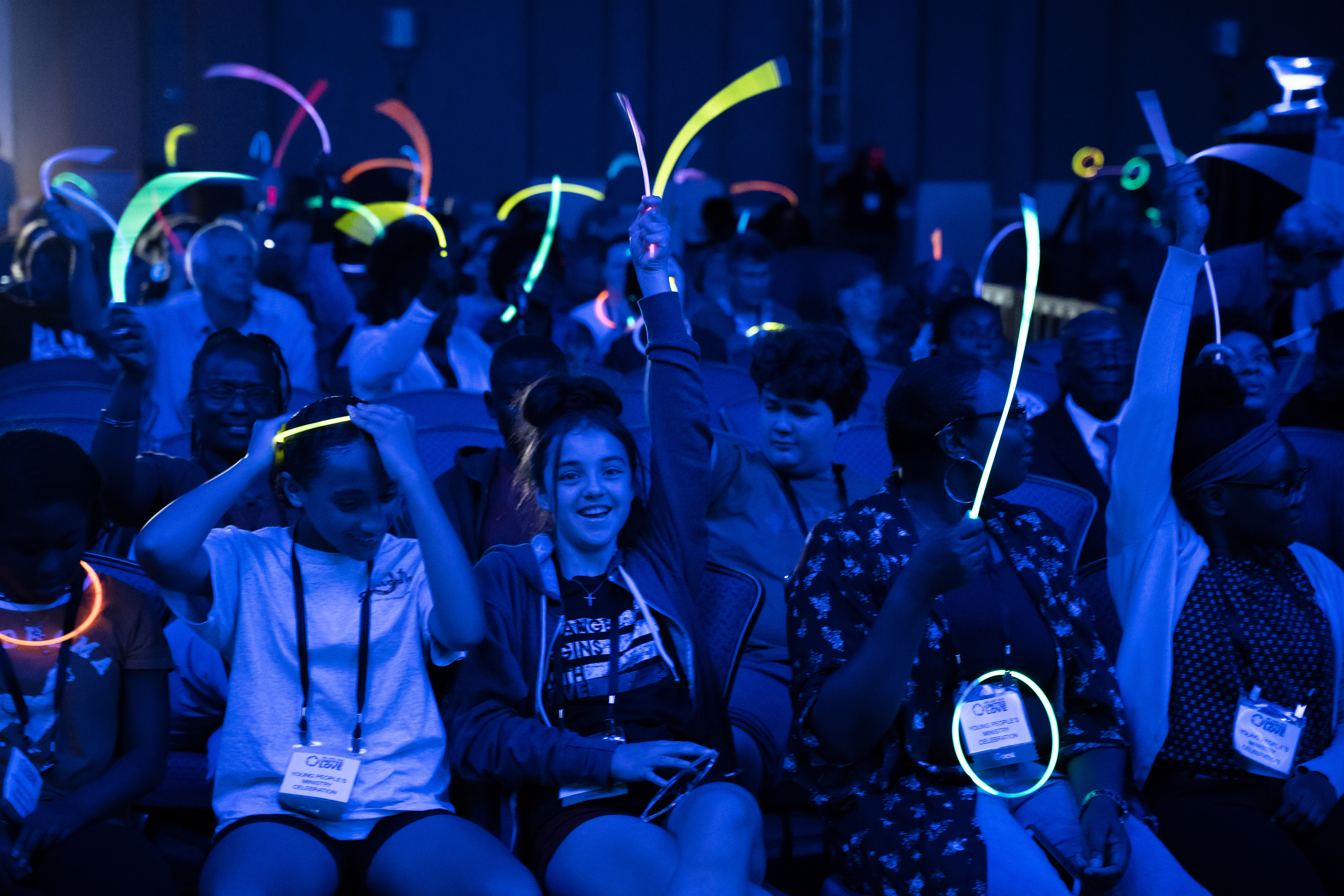 However, he said, there’s only one substance oak trees grow in: dirt.

“It’s going to get messy,” he said, speaking of young people’s ministry. “But all of the good stuff is on the other side of the mess.”

He encouraged people to be “crazy about the kids” and to “love them irrationally,” because that’s how relationships are formed, and people’s lives are transformed.