The theme for the 2016 Baltimore-Washington Conference, “You Have the Power,” was chosen after leaders reflected on area congregations and noticed that God is beginning to move in new ways throughout the BWC, empowering pastors and laity to do transformative ministry that brings profound and genuine change to people’s lives.

“Never content to be the same today as they were yesterday, our churches are increasingly claiming the power of the Holy Spirit to do new things in Christ’s name,” said Bishop Marcus Matthews. “They’re moving outside their doors and leading and creating possibilities for healing, hope wholeness. They’re making a difference.” 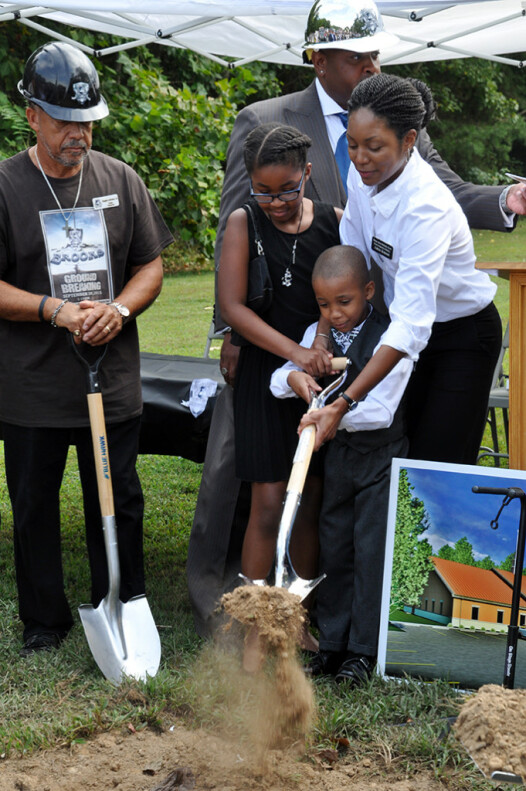 One of the most powerful witnesses to God’s love came in the fall of when the congregation of Rodger’s Forge UMC in Baltimore gave their building to Eden Korean UMC.

Rodger’s Forge is , mostly white, aging congregation that had dwindled to about eight people in worship. Two years ago, they began having conversations about their legacy and decided to keep the facility and resources alive.

At that same time, Eden Korean UMC was looking for a new building. They were a growing congregation with an active youth group that couldn’t find a new space they could afford.

The two entered into a conversation, said the Rev. Cynthia Moore, superintendent of the Baltimore Metropolitan district. “The conversation was a holy one. The end result was that Eden Korean took possession of the building with the proviso that the eight ladies will be able to continue to worship there as long as they want to.”

On Nov. 22, at 4 p.m., a worship service celebrated Eden Korean’s missional move and the empowering generosity of the Rodger’s Forge congregation.

Also this fall, on Sept. 20, Brooks UMC in St. Leonard, broke ground for a new church facility. The expansion project is a spiritual one guided by principles of the church-created “Nehemiah Movement.”

Brooks is a congregation empowered by its pastor, the Rev. Jason Robinson. In the last five years, they have brought in 205 new disciples and started live-streaming worship that takes God’s message to viewers in 15 countries.

Their new building, which sits next to the current church, will hold a sanctuary that seats 460 worshippers, a multi-purpose fellowship hall and two classrooms.

“It’s up to us to become the Gospel of Jesus Christ,” Robinson said.

Spirit-filled growth and mission arose in several other locations throughout the Baltimore-Washington Conference in 2015.

Brooklyn UMC in Baltimore joined with three other churches to feed 13,000 people in their community this year.

Epworth UMC in Gaithersburg is providing computer and English tutoring for young people in the community.

Ellerslie UMC, north of Cumberland, owns two buildings. They have turned one of them, a former Evangelical United Brethren Church, into a community center and thrift shop. The thrift shop generates more than $25,000 a year for missions.

“You Have the Power” reflects the ministry lived out in churches throughout the conference in 2015 and challenges United Methodists to even greater things in Christ’s name.