Immigration makes headlines in the United States and around the world. With more than 25.9 million refugees and asylum seekers in the world in 2017, how and if people cross borders and for what reasons have become a political football.

To help untangle some of the mess that is immigration in the United States, especially how Christians can respond, Bishop LaTrelle Easterling called together a Town Hall meeting March 23 in Ellicott City.

Bishop Eastlering serves on the Council of Bishops Task Force on Immigration, the advocacy team on behalf of the Council that helps bishops in responding to immigration situations such as providing sanctuary to immigrants, legal counsel through Justice for our Neighbors clinics, and advocating for the rights of immigrants in communities. It also provides leadership for immigration advocacy among the bishops.

The event brought together church members seeking answers to how their church can be involved in ministry to immigrants, local experts, and the Methodist bishop of an Annual Conference in Mexico.

“Hope is what has caused us to gather here this morning,” said Bishop Easterling. “We follow a Christ who himself had to be greeted at borders.” 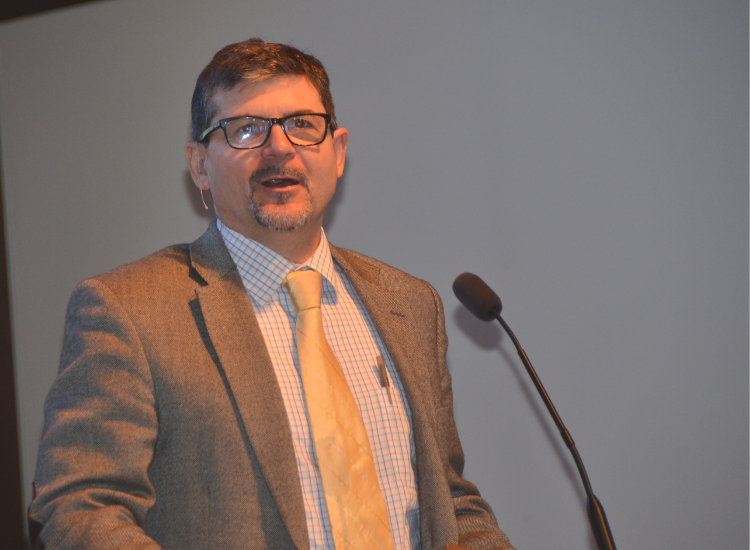 Philip Wingeier-Rayo, Dean at Wesley Theological Seminary, who has served as a missionary in several countries, outlined a biblical understanding of immigration using various texts from Genesis. To start, he said, it’s good to note that there is a lot of movement in the Bible and that God is constantly seen at work through migration to bless people.

It all began in Genesis 1:26-27, when the imago dei – the image of God – was placed in each person. After that came what is commonly called “The Fall,” or the original sin of Adam and Eve. That resulted, he said, in “the first deportation” when the couple were thrust out of the Garden of Eden.

After the Genesis 11:1-9 story of the Tower of Babel, where Wingeier-Rayo noted the scattering of the people by God (v.8) along with the creating of new languages.

“There is beauty in this scattering of languages and cultures, in this diversity,” he said.

Noting the story of Abram and the promise of God to make his descendants as numerous as the stars, Wingeier-Rayo said that Abram had to travel to fulfill the covenant with God.

“He had to leave his homeland of Ur and pick up his wife and all of his flock, and he has to travel to the land that God has promised,” he said. “Here you have this connection of being called by God and migration.”

Bishop Felipe Ruiz-Aguilar of the Northwest Annual Conference of the Methodist Church in Mexico brought his first-hand experience of dealing with migrants trying to cross from Mexico to the United States. Speaking through an interpreter, Bishop Ruiz-Aguilar talked of the heartbreak he has witnessed at some of the shelters in Tijuana, Mexico, but that God has called him – and us – to be part of the solution. 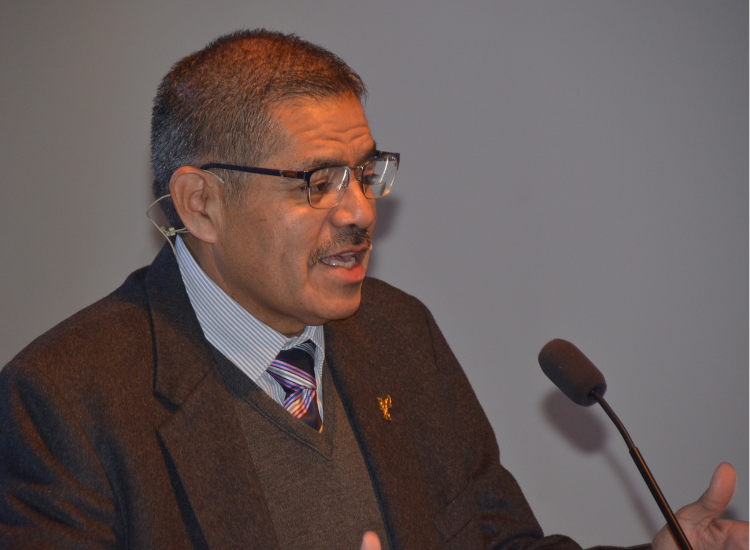 “The Bible asks the question,” he said, “Will you love the migrant? Will your heart be warmed with the desire to love them?”

Members of the Methodist Church of Mexico are providing food and shelter with help from nearly $135,000 in grants provided by the United Methodist Committee on Relief, according to a December article from United Methodist News Service. A grant for $98,243 will be used to open a fully equipped kitchen that will serve three meals a day to 200 people in Tijuana. Annually, the kitchen will feed 219,000 meals, said Jack Amick, director of Sustainable Development with UMCOR.

“Our citizenship is in heaven,” said Bishop Ruiz-Aguilar. “In good Wesleyan tradition, we have to practice social holiness alongside personal piety.”

Some of the legal aspects of immigration were presented by Sarah Selim Milad, Immigration Staff Attorney with Just Neighbors, part of the Justice for Our Neighbors network. She stated the obvious: working in this area right now is challenging.

The most difficult part, she said, is keeping up with changing policies and regulations and what that means for their clients. All of their clients, she said, are eligible for immigration status. 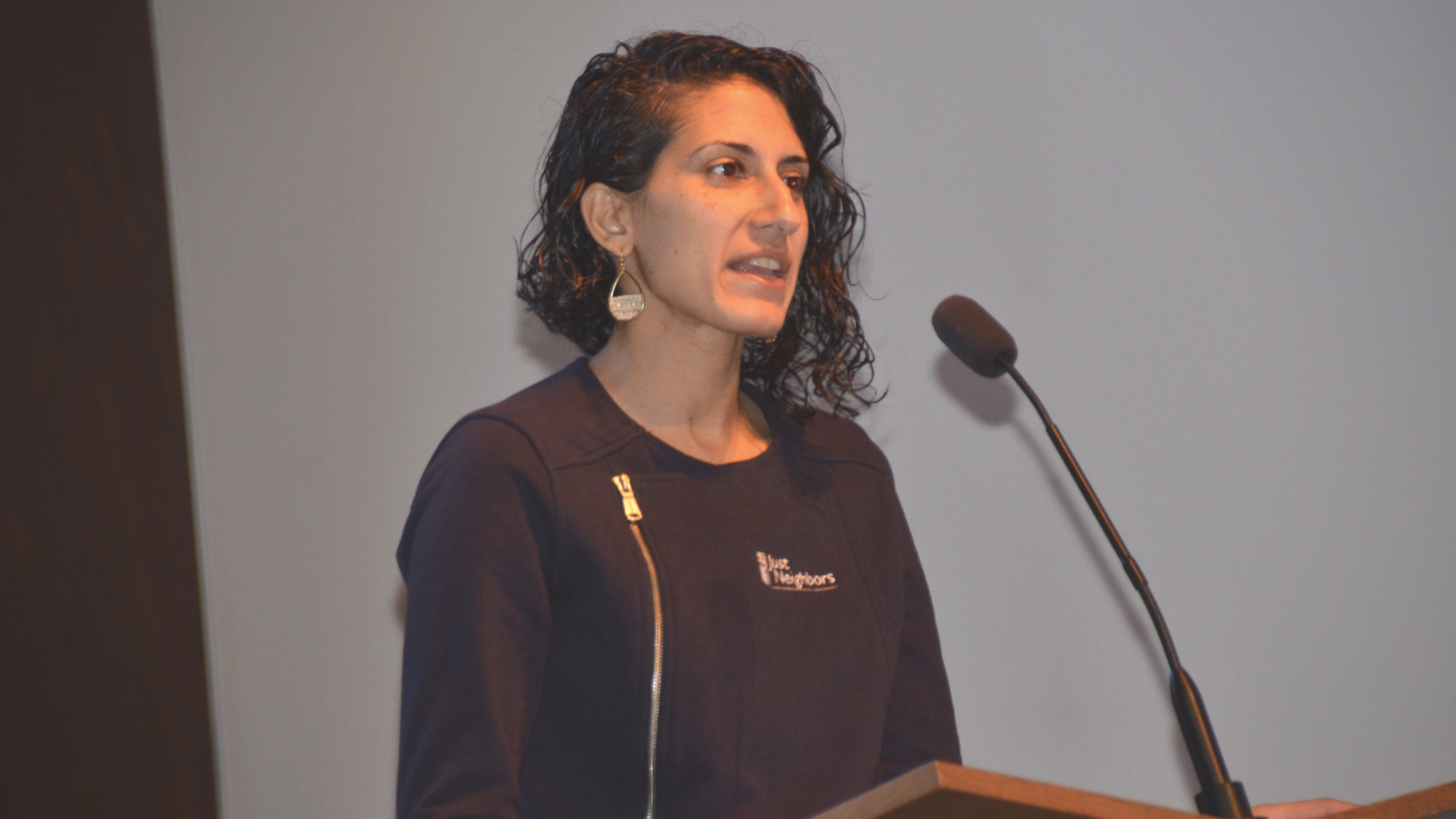 Selim Milad offered definitions of refugee and asylee, even though those words are often used interchangeably. A refugee, she said, “is a person who is outside of their country of origin… but not in the United States.” Asylees, she said, are the same as refugees but they are inside the United States.

The US has historically resettled more refugees than all other countries in the world combined, though in recent years, its intake has slowed, the Guardian News recently reported. In 2016, it took in 85,000 refugees. That same year, President Barack Obama committed to resettling 110,000 refugees in the 2017 fiscal year, a 57 percent increase from 2015 numbers.