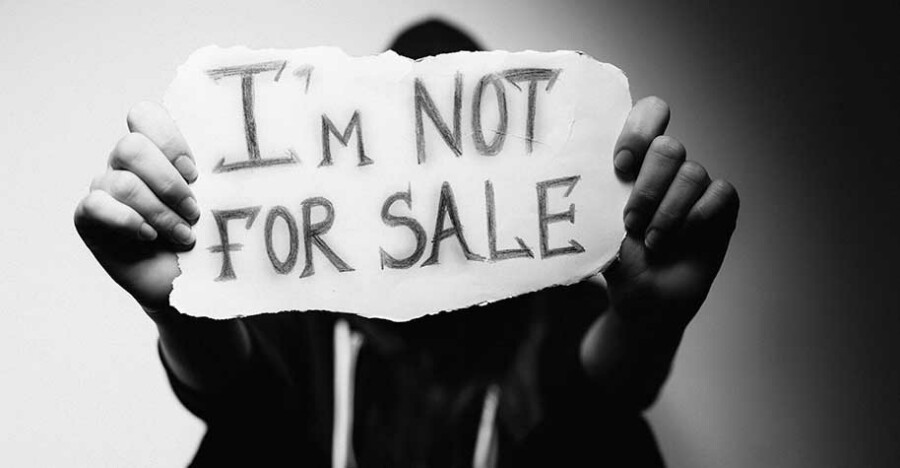 To learn about sex trafficking, see these websites:

Twice a year, older adults gather at the West River Camping Center to spend a “day away.”  Some come in buses or vans, some are in . They come for the fellowship, the good food at , inspiring worship, fun learning.

About 50 women and men attended the Spring Day Away, taking home a moving story and a lot of information about sex trafficking in the Baltimore-Washington area and what churches can do about it.

The Rev. Craig McLaughlin told the stories of Hannah, his youngest daughter, and her struggle with heroin addiction, which led to her being in the sex industry and, eventually, to her death at the age of 19.

Referring to sex trafficking as “ slavery,” McLaughlin said he hoped everyone in the room would become an “abolitionist,” just as 150 years ago Christians opposed the great shame of slavery. In 1859, Mt. Zion UMC in Bel Air, which he has served since 1987, welcomed abolitionists who came to call the nation to end slavery.

Slavery then was legal, but “trafficking is an illegal slavery,” he said. Close to three million “slaves” are in the U.S. today, he said, including 100,000 children; it is a $2.4 billion industry.

McLaughlin has no patience with those who say it can’t be done, because, he said, “It took those Christians decade after decade to (end slavery).” But the change did happen. “The wickedness of slavery is not hopeless; it can be because Jesus/God always leads triumphantly.”

It was a shock when the McLaughlin’s learned their 14-year-old daughter was an addict, smoking, drinking and sneaking out of her room.

Her addiction started when she got her first pain pill, Percocet or Vicodin, which “are synthetic heroin.” He noted that 26,000 people die every year from prescription drugs. “She was addicted that first pill,” at age 15 was in rehab, and at 16 sent to a wilderness program, where they learned she was severely mentally ill.

When she returned from that program, she met a 24-year-old man who taught her to shoot up and became her pimp to work the Baltimore streets. “We didn’t know.”

“She would do anything to get money to buy (the drugs)”, Mc Laughlin said. “We got her arrested at age 17 after finding heroin in her room,” and the courts took over. She was sent to a rehab program in Florida, where she met a guy who captured her with other girls and she/they were sold over and over.

Four months after she returned he met her for lunch and McLaughlin saw she was covered with bruises. Two weeks later, they found her in her room brain dead from an overdose. It was March 24, 2014. She was 19 years old.

“I’m not crushed. I know she’s well, God has her. … How can I be crushed when I know the Lord is here for me?”

During a workshop, he challenged the attendees to think about a young adult in their churches who would lead an anti-trafficking effort. “Bring them into the work,” he said.  “Young adults are all about this fight.”

Churches can get involved in legislative efforts, he said, noting that Maryland does not have a good record on this issue. Tightening arrest laws on the buyers would be a good step toward helping to end the sexual slavery.

McLaughlin spoke at length about the role pornography plays in “feeding” prostitution. “Pornography,” especially for boys, “is an addiction like drugs.”

He also said support groups for parents of addicts are helpful. There’s a power in sharing your story with another. Having an addict in your family affects everyone. “Don’t hide it.”