By Charles Harrell and  Roderick Miller 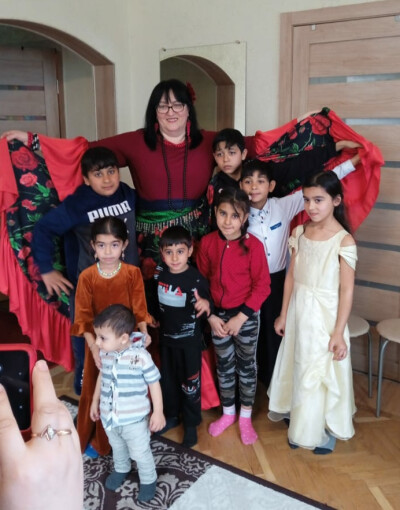 “Be ready in season and out of season,”  wrote the Apostle Paul to Timothy, who like many in the early Church faced times of challenge and difficulty in fulfilling the mission at times and in places that did not appear promising.  Yet God continues to be aithful and calls us who bear the name of Christ to continued faith and fruitfulness.

Since the February 2022 invasion by Russian Federation forces into Ukraine, it has often seemed “out of season” for continuing partnership work in Russia.  Travel restrictions, economic sanctions, and the heated political rhetoric have added whole new levels of challenge to a situation with complexities enough already.  But thanks be to God: the years-long, deep ties between United Methodist Christians in America and Eurasia are not dependent upon external circumstances, and our covenant partnership for ministry is not based on politics.  So while there are some activities or projects which we cannot pursue at the present time, our mutual encouragement remains strong, as does our support for the work of Christ in the Russian lands.

The following are some highlights:

Roma Ministry.  The Roma - sometimes called “Gypsies” - make up an ethnic group that is present in significant numbers across several central and eastern European countries.  The members of this group sometimes live on the margins of public services, such as education and medical care.  In some countries, they also may face discrimination and social barriers.  The ministry with Roma families in southern Russia assists with educational needs of children as well as helping families to overcome isolation, receive the services needed, and develop adaptive life skills.

Congregational Supports.  BWC has long-standing relationships with several local churches in both districts of the South Russia Conference.  Each has its own challenges for ministry in its setting.  One congregation has been in a dispute with its energy provider, based in another city; the impact has been that it has been without power for months.  Yet somehow its signature ministry with international students has continued during the outage.  Now as the church has received a new pastor and fresh leadership, our role is to assist and encourage the congregation as it works to resolve its energy issue and becomes fully functioning again.

Camp Ministry.  While the Eurasia conferences no longer own their own camp facility, the work of supporting ministry through camping and retreat programs continues.  This past year, the “Trinity” camp for young people and adults with various handicapping conditions was held.  We continue to encourage and as able, to support these efforts.

Districts Support.  Resources are limited for the work of promoting fellowship and leadership development on the district level.  This conference has, therefore, for a number of years, provided resources aimed at helping superintendents to equip and encourage their clergy and local church leaders.

Methodist Theological Seminary in Moscow.  Moscow Theological Seminary of the UMC serves the vast area of Eurasia and recently celebrated its 25th anniversary.  Students representing many of the countries in that area attend for two-week sessions, 4 times a year, in person or by zoom.  Most of the pastors currently serving throughout Eurasia, including Ukraine, are graduates of Moscow Seminary.  In addition, much of the work of continuing education for pastors and lay leaders across Eurasia.

One member of our IMTEC committee is currently serving on the Advisory Board for the Seminary.  The BWC continues to offer financial and spiritual support for the seminary and sends financial assistance to one or two students each year with whom we have connections.

Despite the ongoing conflict in eastern Europe, the partnership with our United Methodist brothers and sisters in Eurasia continues.  It seems, then, that even if the time appears to be “out of season,” in God’s economy it is always a season that has its own opportunities for doing the work of the Lord.  Our covenant partners in Russia, as elsewhere, continue with us to express thanksgiving to the God who “breaks down the dividing wall” and unites us to bring the light of the Gospel, and to build one another up in love.  We seek always to be faithful to that call.

Note: It has come to our attention that some persons have been contacted by another “Moscow Seminary” which is not affiliated with The United Methodist Church.  We encourage any giving for the Seminary, therefore, to be channeled through the Advance, #12174A.