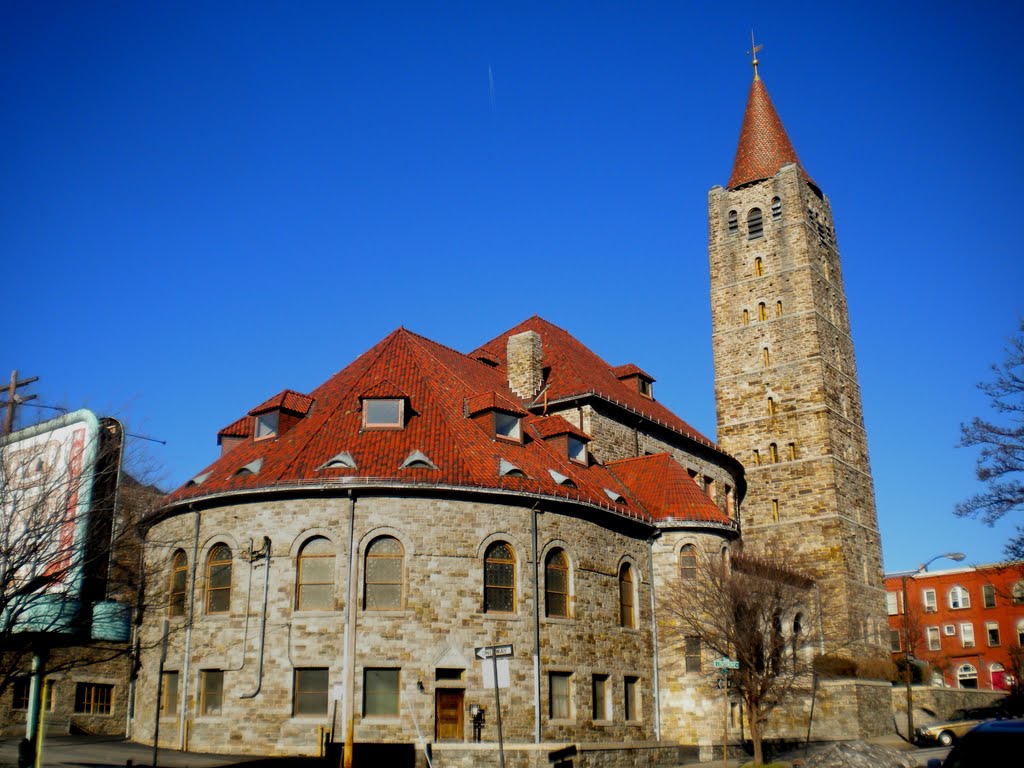 Lovely Lane UMC: Baltimore City Station, the historic birthplace of Methodism in the United States, voted Oct. 21 to become a Reconciling Community. The move, said the church’s pastor, the Rev. Debbie Scott, was intended not only as a response to needs in the Baltimore neighborhoods around the but also to send a message to The United Methodist Church as it continues to wrestle with human sexuality.

At the September Church Council meeting, the Rev. Emora Brannan brought forward a motion for Lovely Lane UMC to become a reconciling congregation “in light of the escalating tension developing in our United Methodist denomination around issues of human sexuality.”

There are more than 925 reconciling communities in the UMC, according to the Reconciling Ministries Network (RMN). According to their website, RMN “works for justice for people of all sexual orientations and genders and especially within The United Methodist Church, which has yet to allow the full inclusion of LGBTQ individuals. It does this by empowering, developing, and raising up lay, clergy, and congregation leaders to resist evil, injustice, and oppression.”

According to the church’s website, the original Lovely Lane Meeting House was built in 1774. Ten years later, the Methodist Societies hosted the famous Christmas Conference at Lovely Lane, where a new denomination was born: the Methodist Episcopal Church. That building is no longer the site of the current Lovely Lane. In 1786, the congregation moved to nearby Light Street. Today, the Lovely Lane UMC worships on St. Paul’s Street in Baltimore, in the building the Rev. Dr. Franklin Goucher built in honor of the centennial celebration of Methodism.

Officially, The United Methodist Church bans “self-avowed, practicing homosexuals” from ordained ministry. In 1972, language was added to the church’s Book of Discipline noting that “homosexuality is incompatible with Christian teaching.” In addition, the church states that “ceremonies that celebrate homosexual unions shall not be conducted by our ministers and shall not be conducted in our churches.”

However, Article 22 of the Articles of Religion state, “It is not necessary that rites and ceremonies should in all places be the same, or exactly alike; for they have been always different, and may be changed according to the diversity of countries, times, and men’s (sic) manners…”

That homosexuality has been debated and discussed in the church since then is an understatement. At the 2016 General Conference, the Council of Bishops proposed the formation of a Commission on a Way Forward to examine and possibly revise every paragraph of the Book of Discipline concerning human sexuality. A special General Conference on Feb. 23-26, 2019 will take up three proposals related to church unity and homosexuality. (www.bwcumc.org/resources/commission-on-a-way-forward )

“Our Church Council endorsed Brennan’s motion unanimously,” said Scott, “with the understanding that there would be a short time of conversation and a statement would be developed that would speak to our hope at Lovely Lane UMC.”

Before-worship conversations were held for three weeks, Scott said, with input from those who forming the basis of the Reconciling Statement that was approved by consensus at the October Church Council meeting.  The motion was made by John Strawbridge, Lay Leader, and a direct descendant of one of the first Methodist lay preachers in America, Robert Strawbridge.

“Everyone felt this was a critical step for the mother church of Methodism to take to model God’s full inclusive grace and love,” Scott said. “The bold decision taken at our church council meeting invites all to live into where God is calling us.”

Reconciling Statement by Lovely Lane UMC: Baltimore City Station, Oct. 21, 2018
John Wesley, the founder of Methodism, was excluded from churches of the Church of England because he welcomed people the church ignored or excluded, and preached that God’s grace is for everyone. (Edwin Womack, Another Choice, UM Insight, 10/31/16). We, the members and friends of Lovely Lane UMC: Baltimore City Station, the Mother Church of American Methodism, boldly follow in Wesley’s footsteps by declaring that our doors, table altar are open wide to welcome all, including the ignored and excluded of our day.
We wish to be known as a reconciling church. We will always seek to work towards unifying rather than dividing our church family and try to encourage others to do the same. In our unique role as the Mother Church, steeped in history, we proclaim that a mother loves all her children equally.
We believe that each person is of sacred worth. In response to Jesus Christ’s radical (non-traditional) teaching of hospitality towards all, we welcome and affirm all people regardless of age, race, gender identity, ethnic background, sexual orientation, physical appearance, physical or mental disabilities, socioeconomic status, educational background, political party or marital status into full participation in the life and ministry of Lovely Lane UMC. We commit ourselves to inclusive of all who seek to join us in a faith community reflective of God’s love for all.

I love your statement!