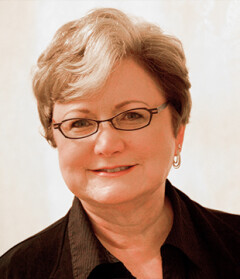 If Eileen Guenther could have a conversation with anyone in heaven, it would probably be with abolitionist Frederick Douglass.

If Douglass could read Guenther’s new book, “In Their Own Words: Slave Life and the Power of Spirituals,” he’d probably want to talk with her, too.

A musician and professor at Wesley Theological Seminary in Washington, D.C., Guenther has just published a book that traces the heart of the Spiritual and uses the history of this music to tell the compelling and the soul-crushing story of slavery in the United States.

Douglass, who was born a slave in Maryland, escaped to freedom and became a renowned civil rights leader, once said, “the heart has no language like song.”

a scholar, classical organist, and conductor, Guenther’s faith shaped by this sentiment. It led her to begin studying the music of liberation movements in which people struggled to overcome oppression.

“To my mind,” she said in an interview on-campus at Wesley, “Spirituals are the most powerful music ever created.”

Her interest in Spirituals began in earnest, she said, when the Rev. William B. McClain, editor of the “Songs of Zion” hymnal, asked her to partner with him in teaching a class at Wesley. Together, they taught a course called “Songs of Zion,” that explored the Middle Passage, the culture of slavery, the lives of people enslaved, the Underground Railroad, and the universal longing for freedom. 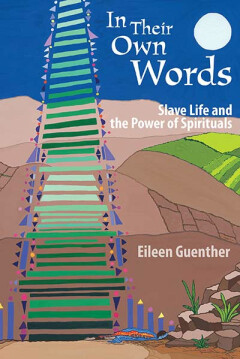 It led her to the idea for this book, and, for a few years, into a life concentrated on research among 204 book-length narratives and the records of 2,300 interviews with surviving slaves.

As a choir director, Guenther firmly believes that the songs take on a new sound and meaning when the singer and the hearer are engaged in the context and stories of those who first sang them.

To understand the hundreds of songs of this genre, she immersed herself in the memories and music of those who lived in slavery in the southern United States. The culture and details of the lives of slaves and their masters are illuminated by and intertwined with the songs Guenther presents in the 492-page book.

The timing of the publication of “In Their Own Words” couldn’t be better.

On Sept. 24, the National Museum of African American History and Culture opens on the Mall in Washington. Dignitaries will speak, artifacts will be unveiled, and a soundtrack will be playing in the minds of the hundreds of visitors as they explore the lessons and legacy of slavery. It is a soundtrack of the Negro Spirituals.

These Spirituals were written to be a “distinctive type of sacred song,” Guenther said. These songs of suffering, celebration, haunting fear and beauty are, in the words of Henry Louis Gates Jr., “the attempt of blacks to write themselves into being.”

“Spirituals are snapshots,” Guenther wrote. “They paint many-faceted pictures of an enslaved population in the words of slaves as they describe their housing, food, clothing, resistance evangelization. The songs allow entry into the lives of the enslaved from the ‘inside out.’”

They represent what Benjamin May called “’the soul-life of the people.’ … They are songs of the soil and of the soul,” Guenther said. “People sang what they could not say.”

Her book uses the music as to explore the lives of slaves through the words of the enslaved people themselves as they struggled with “the vital human issues of life and death, hope and despair, slavery and freedom.” Guenther used their words and experiences to bring the reader an understanding of about 40 subjects that were integral to the culture of slavery, ranging from family, economics, labor, faith, punishment, to escape and freedom – “always .”

“These are powerful stories,” she said. “There’s no other word for it. I couldn’t read the slave narratives in bed at night. They haunted my sleep.”

In sharing these haunting details of the lives of slaves, Guenther provided a vast array of anecdotes, stories and other materials that churches and choirs can use to provide context when they present these songs in worship and other settings.

The context, Guenther said, is essential.

“Music is the snapshot,” she said. “But we need to know what’s beyond the margins of the photo.”

To further assist churches in using Spirituals in worship, the book provides a biblical concordance of 100 Spirituals. In this important resource, the reader can see the words to 100 songs, listed alphabetically by title, and in the column next to the lyrics, see the passages and citations from the King James Bible that inspired or informed the song.

Guenther’s book is also the first to present a reverse concordance for 100 Spirituals, listing biblical citations and the songs in which they appear.

As the United States continues to struggle with issues of race, Guenther’s book also illuminates the church’s often troubling response to slavery and raises questions for today’s readers to explore.

“The many ways Christianity was misappropriated to support the system of slavery are horrifying,” Guenther wrote. “Christianity supplied the allegedly moral rationalization for slavery itself.”

No matter how denominations officially “objected” to slavery, most went the way of the Methodist Episcopal Church in Georgia, which, in 1838, declared slavery was “not a moral evil.” In the South, slaves were sometimes sold to benefit churches and their missions.

Baptism also raised issues about faith and freedom, as white Christians debated whether slaves had if slaveholders had to treat baptized slaves as fellow Christians, and if baptism resulted in automatic emancipation.

Slaves, Guenther wrote, developed two parallel versions of “church”: the visible and invisible. Worshipping in secret in their “invisible church,” they could sing songs of freedom and God’s deliverance in the face of impossible circumstance.

That sense of deliverance still resounds in the music today, Guenther said. In her book, she quotes Arthur C. Jones: “Of course we have no way to know exactly what lies ahead in our ongoing struggle for justice, peace and meaningful human life. But whatever form our struggle takes, we can be confident that renewed hopes, continued healing and new victories will be a part of the picture. We can also be certain that the powerful sounds and teaching of the spirituals will remain with us in the air above our heads and in the secure, nurturing words of our deepest selves.”

“In the music is an amazing story,” Guenther said. It’s one she sings, and prays, and shares with anyone who will listen.

Eileen Guenther’s book, “In Their Own Words: Slave Life and the Power of Spirituals,” is available on Amazon, and through Music Publishers.