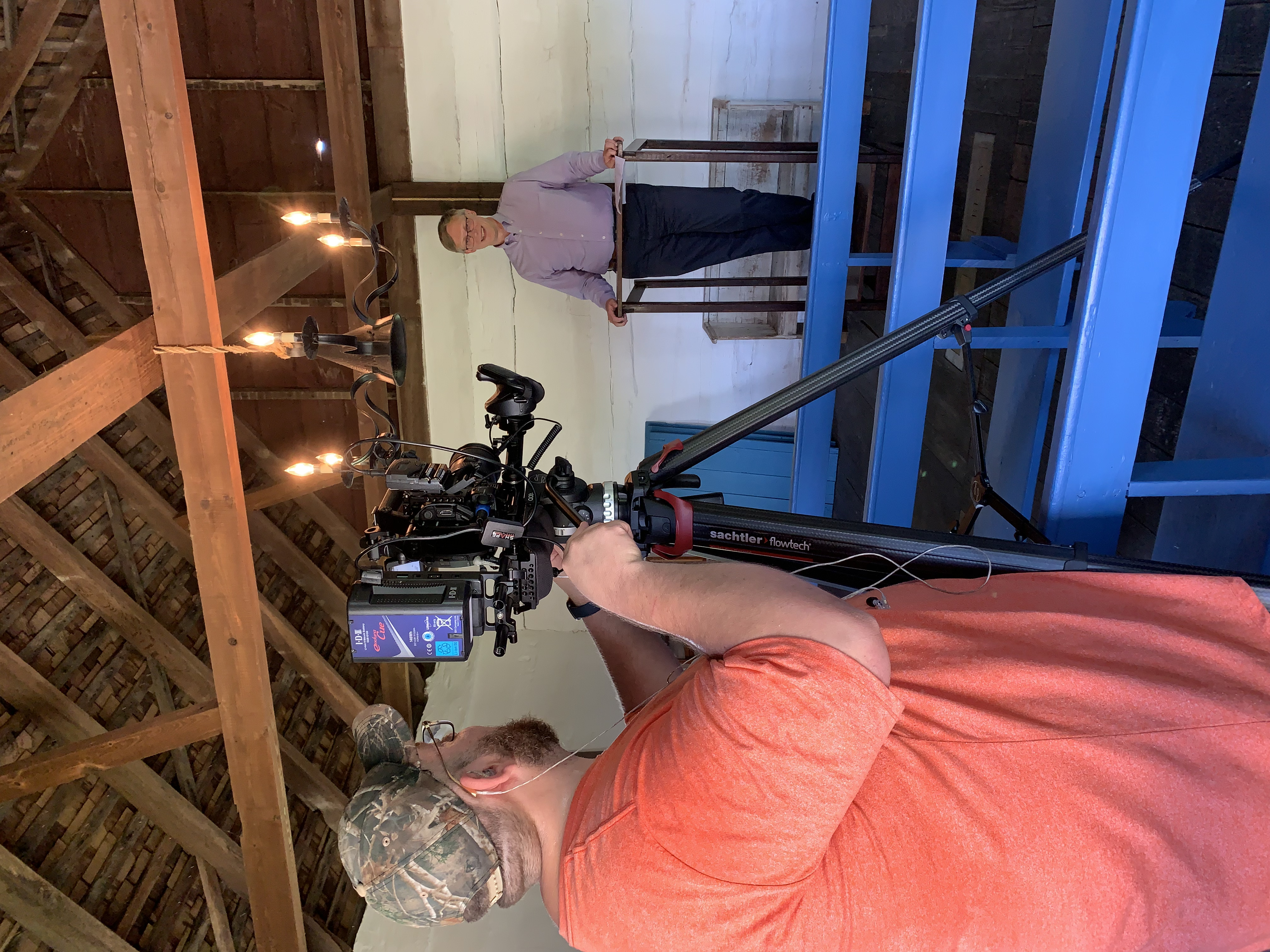 It was a scorching summer day at Strawbridge Shrine in New Windsor when Myca Jones and I did a video shoot with Rev. Doug Tzan for a fascinating resource he’s written that illuminates Methodist history in new ways.

The heat index was 104 degrees and history negated air conditioning. But Helen Kemp, the curator of Strawbridge Shrine, brought a refreshing breeze that ignited the imagination when she began to talk about “living history.” She shared about serendipitous encounters with passing pilgrims who had visited the grounds of the Shrine. These people, some in great pain, were drawn to the sacred space and encountered God on the same plot of land that the first Methodists once walked in the early 1760s.

At the time that Robert Strawbridge and his wife Elizabeth lived in a log cabin on their farm, there were about 1,100 Methodists in the New World. Historians estimate that Robert, a lay person, was responsible for bringing about half of them into the new denomination.

But while Robert was off preaching, Elizabeth was managing the farm, the homestead, and caring for their six children, two of whom died in their early childhood. As the curator of the Shrine, who lives on the site, Kemp has developed a kinship with Elizabeth, who made Methodist’s first convert, while washing dishes in her kitchen. Kemp can stand on that very spot and imagine. Tears come to her eyes when she does.

It was even more compelling when she invited me to imagine Elizabeth in that same summer heat, in a long skirt, holding a candle in one hand and a baby in the other arm as she made her way up the narrow and steep incline of her home’s wooden staircase. This simple act of imagination -- of connecting with the daily, mundanely complex acts of our ancestors -- brings history to life in different ways. It’s like collective muscle memory; we can put ourselves in her shoes and her faith somehow travels centuries to keep company with our own.

Kemp also mentioned a mystery from the Shrine. When the home was being renovated in 1999, conference historians found 10 letters hidden in the walls. They date from back to the Civil War and tell of a love story between a young girl named Kate Woods and her beau, Jesse Barnes, a Union solider.

The fading cursive letters hang framed on the wall of the Shrine. BWC historians have transcribed them and provided background that sets the letters in context and brings the story more vividly to life. You can buy a transcribed copy at the Shrine’s gift shop, which provides glimpses into the living history she loves. In the letters, Kate speculates about a battle that seems to be brewing in the town of Gettysburg, she suffers from Typhoid Fever, and there is a melodramatic practical joke played out that stirs up a flurry of romantic fury.

Barnes, who it is believed tucked the letters into the wall when he was home on furlough, was taken prisoner at the Battle of the Wilderness in 1864. Why is a mystery. But the act of entering into historic imagination opens all kinds of interesting doors.

Propping those doors ajar and inviting people to look in a deeper more personal way into our collective past is one of the intentions of Tzan’s new small-group video resource, which will premiere early this fall on the BWC website. Inviting people to look deeper is also at the center of Strawbridge Shrine’s ongoing ministry.

It’s said that what’s past is prologue. That prologue becomes all the most interesting when we cast ourselves back into the daily details of the ordinary saints with whom we co-create a faith.

Helen Kemp is the best - so kind, informative and a joy to be with! Thanks Helen - and all who keep the Shrine open for so many to visit!