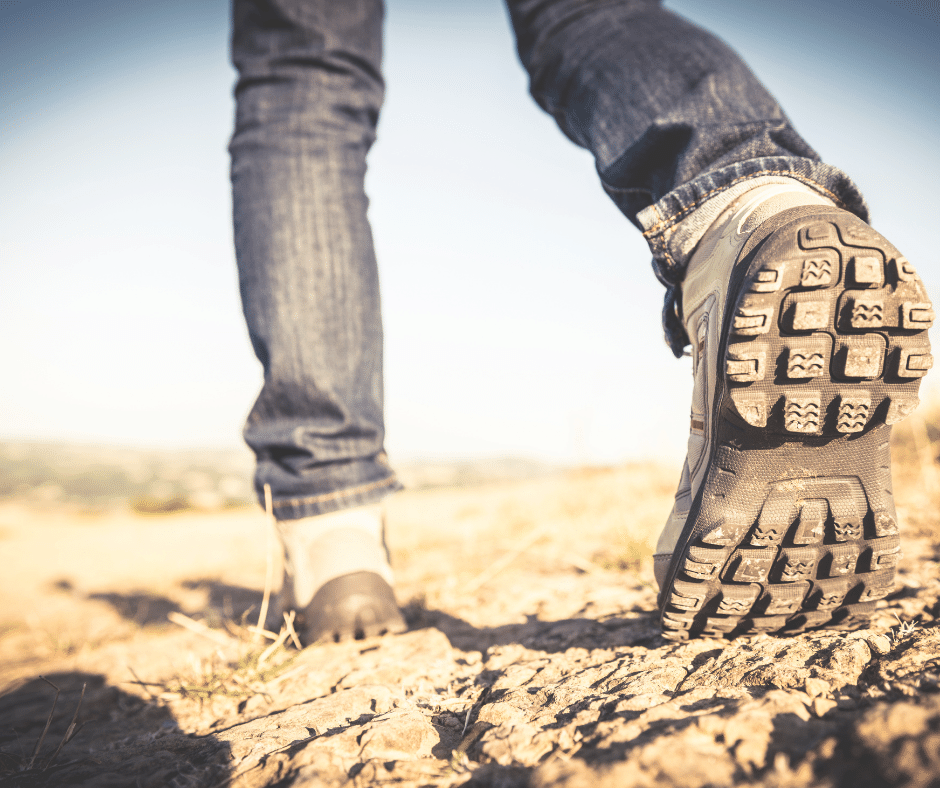 “Finally, all of you, have unity of mind, sympathy, brotherly love, a tender heart, and a humble mind. Do not repay evil for evil or reviling for reviling, but on the contrary, bless, for to this you were called, that you may obtain a blessing.” 1 Peter 3:8-9

I was watching a Ted Talk on empathy and the speaker talked about being on an airplane where there was a baby crying very loudly. Some passengers smiled encouragingly at the parents, some winced and tried to read their in-flight magazine, and some searched for seats they could occupy away from the noise.

Suddenly, the speaker noticed a three-year-old who toddled over to the baby and offered her his own pacifier. This, she says, is empathy. Seeing and hearing someone, really seeing them, and putting yourself in their shoes.

Empathy is hard to do because it requires vulnerability”— vulnerability to bridge the distance between us, and as the epistle puts it, “brotherly love, a tender heart, and a humble mind.” It requires a heart for “the other” — a willingness to suspend the never-ending noise of our own inner dialogue to listen and to take time and be patient. It reminds me of all those frustrating pastoral care classes from seminary, the ones where we were taught to listen deeply without thinking of what we are going to say next. The ones where we learned to WAIT (ask yourself, “Why Am I Talking? [WAIT]). It’s hard to do because it requires a relationship; it is the seedbed of love.

It will come as no surprise for me to tell you that empathy is not valued very much in the culture these days. Everywhere I turn, there is polarization, division, “Us” vs. “Them.” And it is nearly impossible to pastor through it because I have to keep my heart tender and my mind humble.

Good luck, right? It is exhausting work. It requires taking another person’s perspective, listening to and telling stories, and listening over and over again.

In a way, it reminds me of the patterns of “being with” that I see in the New Testament. Jesus, seeing people that society did not see, from the rich young ruler (“Jesus, seeing him, loved him…”) to beggars and lepers and women and Gentiles.

Jesus, speaking in stories and listening to the stories of others. Jesus, taking perspectives, like when the Woman at the Well says, “He told me everything I have ever done.”

Church, when it is being church, should be a storehouse of empathy (tender hearts, and humble minds).

It is not an efficient way to be. It doesn’t reward “being right” as much as “being together,” or “being with and for your neighbor.” But maybe the church can model a new way. Perhaps the determination of a band of Jesus Freaks who call each other brother and sister can show a new way of being together. A sort of vaccine for the malaise that has broken so many ties and so many hearts.

Empathy. A seedbed for love.

I love it when the stories of the Bible trickle into the real world. Not that long ago, a friend sent me a post from Instagram and said, “I am glad there are still good Samaritans in the world.”

I was floored because this friend is not particularly open to Christianity. So, I responded, “You know, the Good Samaritan is a parable from the Bible.” Of course, he thought his preacher friend was making it up until I sent him a link to Luke 10:25-37. He responded, “well, we still need more people like that.”

The conversation prompted me to do a deep reading of the passage myself, and a question occurred to me, “Why did the ‘Good Samaritan’ get involved?”

When you think about it, the Samaritan had every reason to pass by. The person who had fallen victim to the robbers was a Jew, and he was a Samaritan. Jews and Samaritans historically did not have any dealings with each other. He could have looked at him and said, “serves him right,” or “not my problem,” but he didn’t.

He decided to get involved and help this man who was nothing like him.

When the Samaritan imagined himself in the place of the Jew, he didn’t have sympathy for him; rather, he had empathy for him. While sympathy is defined as having feelings of pity and sorrow for someone else’s misfortune, empathy is defined as the ability to understand or share the feelings of another person. Sympathy puts you on the outside looking in; empathy puts you on the inside, looking out. When we empathize with someone, we see ourselves as them, feel what they feel, and see the world from their vantage point.

According to psychologist Paul Ekman, there are three levels to empathy. The first level is cognitive empathy. Cognitive empathy is knowing what the other person is thinking. Second, there is emotional empathy. Emotional empathy is when we feel physically along with the other person as if their emotions are contagious. Finally, there is compassionate empathy. Compassionate empathy is when we understand the person’s situation, feel their feelings, and are moved into action. That is what the Good Samaritan had.