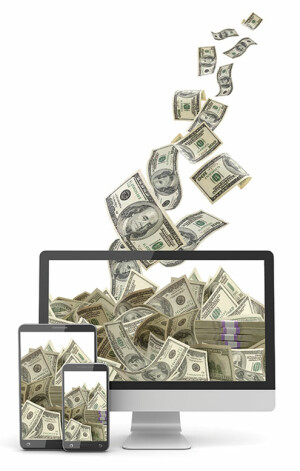 You can do that by using electronic giving.

There are several companies offering electronic giving services to United Methodist churches, including E-Zekiel, , and Vanco, just to name a few.

But only Vanco is in a partnership arrangement with the denomination’s General Council on Finance and Administration (GCFA). Vanco did an analysis recently of more than 2,300 congregations, and those with debit/credit/e-checking giving streams reported a 26 percent higher income than those who did not accept those forms of payment.

One of the primary benefits of electronic giving, said Eichelberger,  is it prevents the “hockey stick” graph of local church income.

“Most local churches receive double their usual monthly income in December,” Eichelberger said. “Their yearly plotted on a graph, looks like a hockey stick.”

In years past, the BWC saw a similar trend with about 14 percent of total yearly apportionment receipts received in December. A steady stream of income would see about 7 to 8 percent coming in every month, Eichelberger said.

When church giving is that dependent on year-end giving – and sees a dip in giving in the summer months – cash flow can become critical, he said, because churches need greater reserves to pay bills when giving dries up.

“With electronic giving,” Eichelberger said, “you get more even, steady giving. You allow your church members to contribute their tithes and offerings even when they’re not able to attend worship.”

Vanco recently launched a new UMC electronic giving program that waives many of the monthly and start-up fees, Eichelberger said.

“The conference does not get any funds from Vanco under our agreement,” Eichelberger said. “What I really like is how the savings will be driven back to the churches.”

Rev. Vivian McCarthy, at Reisterstown UMC, said her congregation has been using Vanco since before she arrived in 2013. About 30 people and/or families use the service, she said, which has been a real blessing.

“Their giving is stable and regular,” she said. “I’m very grateful for this method of giving.”

McCarthy said that even if the church closes for a , “you can depend” on electronic giving to still be there. Several of her top givers use e-giving, she said.

Vanco also offers flexible giving opportunities, McCarthy added. Special appeals, such as flood relief in West Virginia, or registering for a special event, are easily done through the service. “You can do almost anything through Vanco,” she said.

One small draw-back, she said, is that her church has had to change its promotions of special Sunday appeals. With paper envelopes, she said, when they are printed, you can add the special days to the packet. McCarthy – who herself is an e-giving user – said, for example, that it was almost mid-December before she realized she had missed their special Thanksgiving-day offering.

Reisterstown UMC hasn’t yet explored some other giving modules Vanco offers, such as giving by text or offering giving kiosks in the church.

Good Shepherd UMC in Waldorf has used Vanco for the last three years, according to its pastor, the Rev. Laurie Gates Ward. About 50 people, mostly young adults, use the service. Electronic giving, she said, represents about 20 percent of their total income.

Gates-Ward said Good Shepherd offers the service because a number of their members don’t worship with them every Sunday.

“This is a way to help them to be faithful givers,” she said, “even when life makes it challenging to be present in worship each week. I think that the people who use it find it to be a helpful tool.”

Gates-Ward said that her church uses the service for special giving to capital campaigns and other missional giving, just like at Reisterstown.

“I’ve had no complaints from our users,” said the church’s treasurer, Dan Sansbury. “They all seem to be very happy with the simplicity of it.”