Photography is my thing. Or at least it became my thing. Back in Junior High, I wrote “camera” on my Christmas list, expecting a plastic Instamatic with rotating flashcubes. Instead, I received a 35mm aperture-priority Yashica; in my father’s words “a real camera.” It was bulky. Uncool. 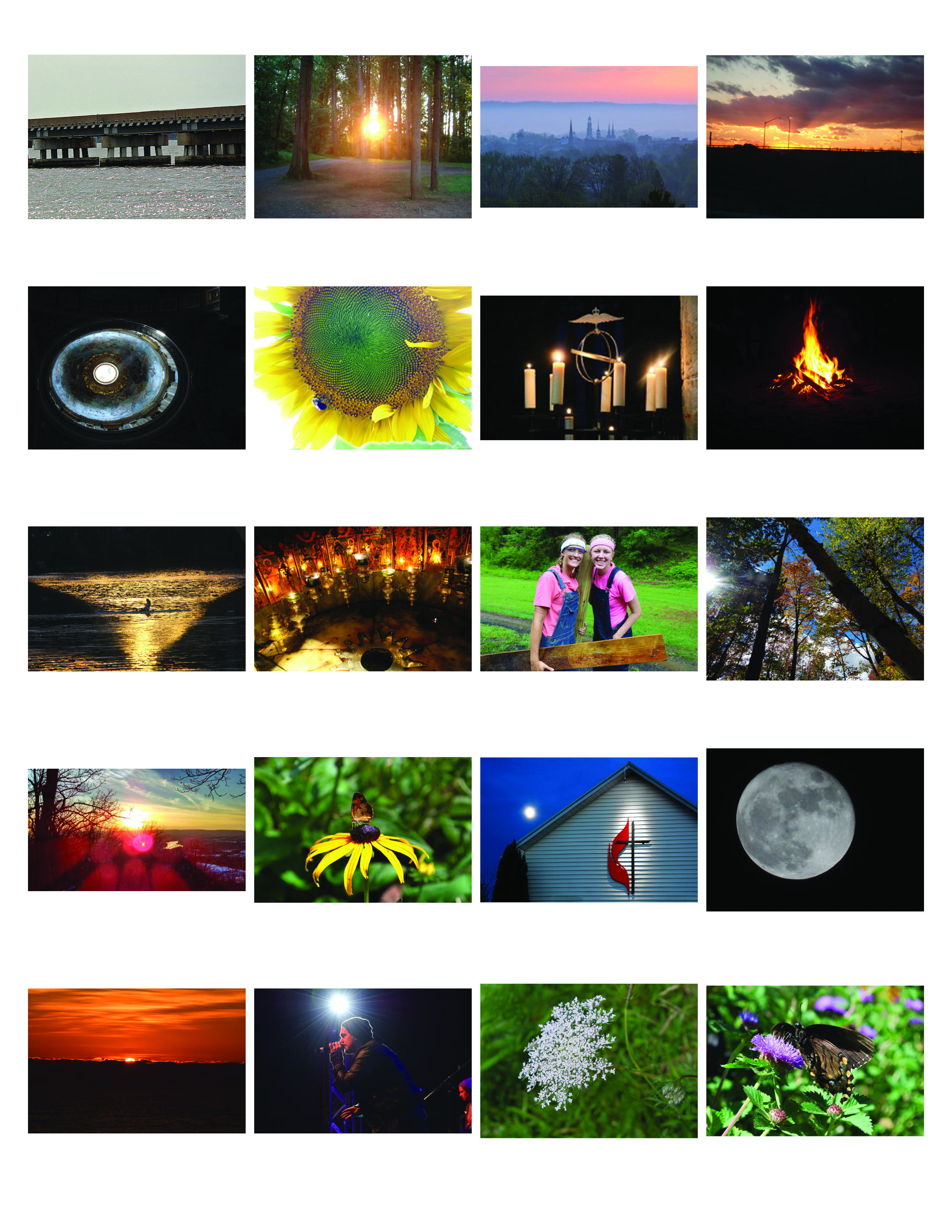 During college, one of my three jobs was working as a photographer’s assistant. I took a course called “Physics of Light and Color” (a.k.a. “Pseudo-Science for English Majors”), but, still, photography remained a hobby I casually pursued as time and finances allowed. After college, when no one hired me to write the Great American Novel, I accepted a job selling cameras and invested in a single lens reflex Canon, ready to pursue a new career path.

And then God called. I all but shelved my camera during seminary except for special occasions: weddings, graduations, my niece’s birth. Who could afford film, processing AND a Systematic Theology textbook? Wesley Theological Seminary, however, is blessed with an arts program. I took a course and completed an independent study in Contemplative Drawing. I read Matthew Fox and discovered “extrovert meditation,” a process of becoming more deeply aware of God’s presence through artistic expression: “centering by way of creating.”

My early appointment years were spent in Deaf Ministry, which included college and psychiatric chaplaincy — I barely had time to buy groceries much less open a sketch pad. Returning to the parish left little time for contemplation. I was tending everyone’s soul but my own and feared burning out.

In 1999, I took a Sabbath leave. With sketchbook and camera, I walked the beaches of California, stopping to pray for discernment, yearning for direction.

God has a strange way of answering prayer: the day I returned I met my husband. The camera went back in the closet, occasionally appearing to record happy moments. Then, just two years later, Richard was diagnosed with heart disease. The angioplasty that was supposed to fix everything didn’t. After incredible anxiety and expense, he was diagnosed with Multiple System Atrophy, a degenerative neurological disorder. So what did he buy me for Christmas that year? A $25, reconditioned, point-and-shoot digital camera. “You’re sitting here watching me die,” he said. “Now you have no excuse; there’s no film, so there’s no expense. Go take pictures.”

Perhaps this is a long (and excruciatingly personal) introduction to photography as a spiritual endeavor, but I’m guessing there are others who are yearning to feel more fully connected to God. Others who are seeking creative expression. Others who, in the face of life’s painful realities, crave centering.

The word photography means, in its Greek roots, “drawing with light.” Scripture affirms Christ as the Light of the World; Christ, in turn, calls us to be the same for others. Contemplative Photography is not about producing beautiful images; it is the spiritual process of learning to see in a new way that allows us to experience God’s presence in all things.

It was hard to pick up my camera again after my husband died, but I knew that photography can be a form of prayer, praise, and healing.

In the words of Dorthea Lange, who recorded perhaps the most iconic photographic images of the Depression Era, “The camera is an instrument that teaches people how to see without a camera.”

Whether your camera is your phone or you own a DSLR or a Hasselblad with all the fixin’s, I invite you to join us at Manidokan as we, in community, pursue a new way of seeking and seeing God that will empower you to see the world, and all that fills it, in a new Light. And who knows? Perhaps you will find your thing.