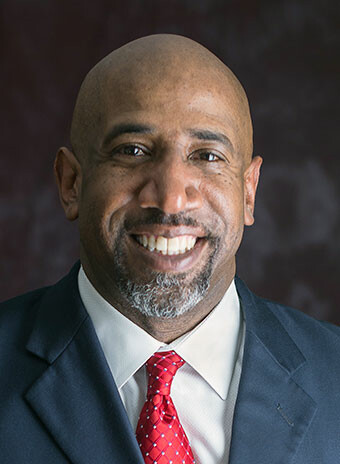 Bishop Marcus Matthews has announced that the Rev. Joe Daniels will be leaving the Baltimore-Washington Conference Cabinet as superintendent of the Greater Washington District. Daniels will now focus more intently on his other, on-going ministries pastoring a local church and providing leadership for the creation of a new affordable housing development in Washington, D.C.

For the past three years, Daniels has served the Baltimore-Washington Conference in an innovative, dual ministry role of superintending the Greater Washington District and pastoring Emory UMC in Washington.  It has been a challenging, exciting and rewarding assignment, Daniels said. In a relatively short period of time, the district has grown in membership, discipleship, giving, and community engagement, and the congregations have expanded in new aspects of ministry and vitality.

Beginning in July, Daniels will turn his attention completely to yet another creative, demanding and fulfilling role – the further development of the Emory congregation and the spearheading of a $56 million, 99-unit, affordable rental housing and church development project called the Beacon Center. Work on this initiative has intensified considerably over the past year.  To this end, effective June 30, Daniels will transition from the superintendency of the Greater Washington District to focus squarely on the congregation and the Beacon Center effort.

“Joe has brought many varied and valuable gifts to the Cabinet over the past three years,” said Bishop Matthews. “He is a man of tremendous faith and a visionary leader. We will miss his voice and presence at the Cabinet table, but recognize that his bold leadership is needed both at Emory and in this housing ministry, which has the potential of transforming the lives of thousands of D.C. residents.”

Daniels remembers his initial inklings of the Beacon Center. In 1994, he was waiting in line to drop off clothes at Tony’s Cleaners at the corner of Georgia Avenue and Rittenhouse Street in northwest DC. “I just turned and looked out the window and God revealed a God-sized vision of what might happen in our community,” Daniels said. “We’re walking into that vision.” 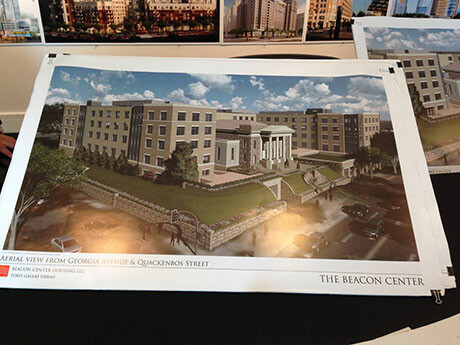 Work on the Beacon Center began in earnest a decade ago, stemming from Emory’s passion around the issue of homelessness and affordable housing. Over the years, the project has grown substantially. It includes a renovation of the 350-seat sanctuary and church, which will sit at the center of apartments designed for people whose income level is 50 to 60 percent of the average median income in D.C.  In addition, the project will provide units for people moving from homelessness to stable residency.

“So you’re talking about teachers, policemen, firefighters, legislative aides – people who really make up the infrastructure of the city, but who, because of rising costs, really struggle to find a place to live in the ” Daniels said. “But you are also talking about people who are consistently left out of the mainstream.”

He expects the project will go to settlement sometime this summer, that construction will begin approximately a month later, and that residents will move in by the summer of 2018.

On that day, “the first thing I will say when I’m asked to speak at the ribbon cutting will be, ‘To God be the glory for the great things he has done.’ Because it ain’t happening unless God makes it happen. The Lord has made that very clear.”

Bold visions and huge undertakings, all wrapped up in dependence on God, have been one of the hallmarks of Daniels’ time as superintendent, leading the district’s 66 churches in 15 Zip Codes. The Zip Codes are important, because “our whole vision has been around claiming your Zip Code for Jesus Christ,” he said.

Drawing from his book, Walking with Nehemiah, he has encouraged clergy and lay leaders to see the community as a congregation.

“We serve a big God and I believe that as we dream God-sized dreams and see God-sized visions, and have the courage and strength to go after them, phenomenal things can happen. That’s what I’ve seen and am seeing in the Greater Washington District for I am proud of our pastors and congregations,” Daniels said.

During his time as superintendent, the district saw numerical growth in a time when other parts of the church were in decline, and they were faithful in the payment of apportionments, supporting the connectional system with their giving.

Two new churches were also planted – Nueva Vida, a Hispanic/Latino congregation in the College Park/Hyattsville area; and Inspire D.C., a movement of one church with many expressions, targeted toward young adults in Washington, D.C.  The district has also started a number of ministries that address hunger. In the 20019 Zip Code, one of the most neglected in the city, for example, there is only one grocery for 70,000 people. Churches are bringing food and hope to the people there. The district has also been active in ministries of racial reconciliation.

Daniels said he attributes the growth and vital ministries in the district to the leadership of great pastors and lay people. “We’re growing because our leaders and congregations are starting to look externally, not just internally,” he said, “and churches are looking to be relevant, looking to see how they can be a blessing in people’s lives, instead of being self-serving. More of our churches are doing that and, I believe, more people are coming because of that.”

Daniels is quick to acknowledge the empowering leadership of Bishop Matthews, who “took a risk on what he saw might be possible” in allowing a pastor to also serve as a superintendent. He also praises his colleagues on the Cabinet. “And, I want to specifically thank Christie Latona and Olivia Gross (the Washington Region mission strategist and district administrator) because none of this happens unless both of them share their gifts. They have led and given themselves to lead this district in ways people can’t imagine.”

Daniels admits to being “settled into unsettledness” as he begins this new part of his journey in ministry. He is relying on God and working to be faithful to God’s call.

“I think my call, by-in-large, is wrapped up in six words: ‘He helps broken people become whole,’” Daniels said.  “And my role is to communicate to people wholeness and hope, in particular through preaching, teaching, vision-casting and positioning leaders to chase after, and to be, what God is calling and positioning them to be.”

For the person who follows him as superintendent, Daniels has just a few words to share. “Be yourself and love the people.  In addition, build connections with clergy and laity on the ground – using the influence of the superintendency to encourage and empower those in the local church, who serve on ‘the front lines’ of ministry.”

Bishop Matthews is expected to announce soon the appointment of the next superintendent of the Greater Washington District.

“I am grateful for the opportunity to serve the best district in all of Methodism,” Daniels concluded. “It has been a true honor to serve with such great leaders and great people.  I look forward to journeying with everyone as we build the Kingdom of God together.  The best is yet to come!”