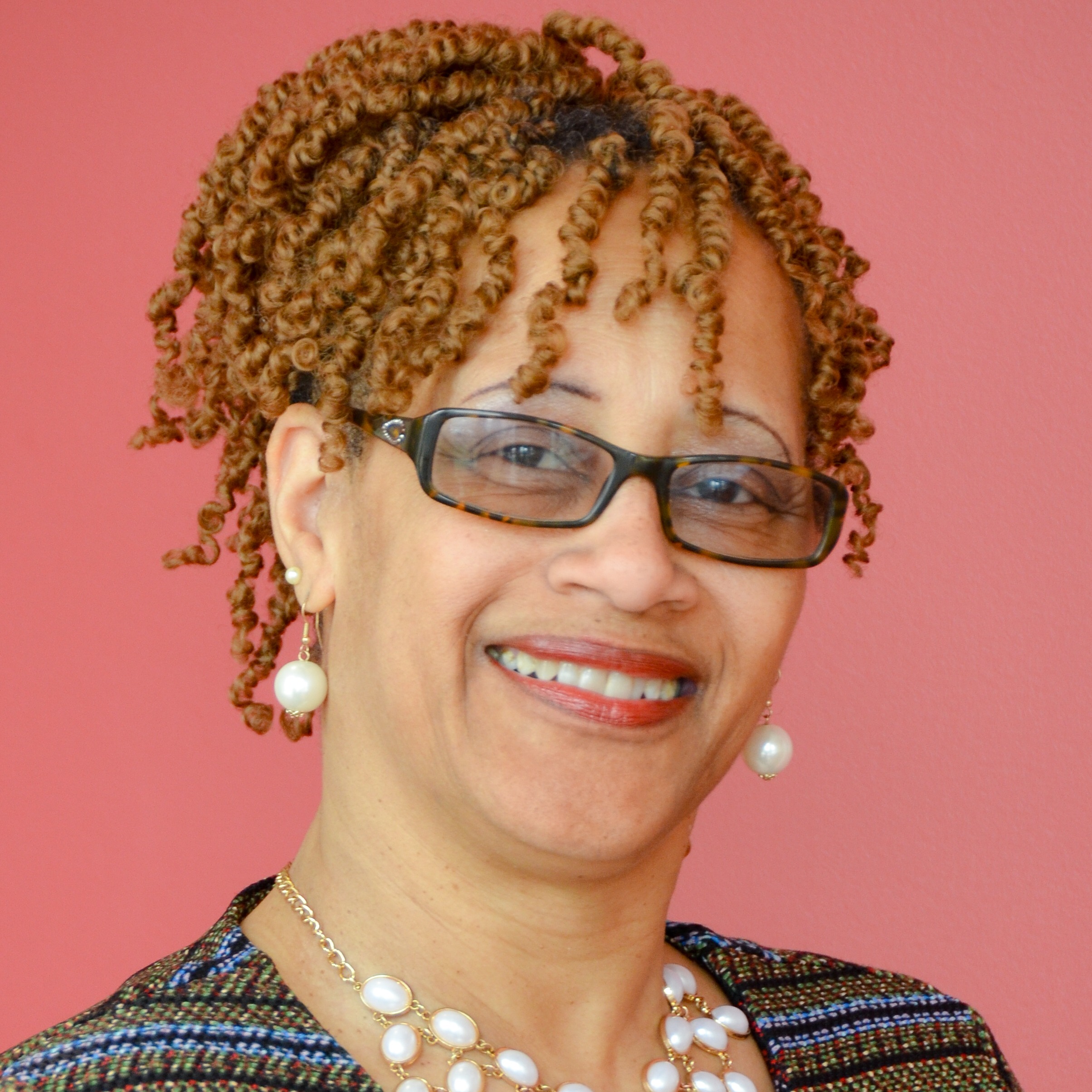 If you want to know the real Johnsie Cogman, watch her direct a gospel choir. Heart and soul, she leans into the music, abandons herself to the Spirit and calls forth beauty, joy, suffering, and redemption. It’s glory come to life.

In July, the Rev. Johnsie Cogman will be taking those same instincts for collaborative leadership and applying them to her new appointment as superintendent of the Washington East District.

She follows the Rev. Rebecca Iannicelli, who has been appointed by Bishop LaTrelle Easterling to serve the Annapolis District as superintendent.

Cogman admits that she tends to address life and ministry “whole-heartedly” and with a smile. The smile is intentional, she said; a way of addressing the world with joy.

Cogman doesn’t take that joy for granted. At times, in fact, it means more to her because it was forged in a refiner’s fire crafted from a series of tragic circumstances.

Before entering the ministry, she worked as an officer in the US Air Force. At every assignment, from Michigan to Japan to Delaware to the D.C. area, she served with the base chaplain, directing the choir and providing pastoral care to service members and their families.

In that service, she began to sense a call to ministry, but wore out a lot of running shoes running from her calling, she said.

Part of the reason for her running was anger. It began in 1986, with the death of her adopted mother. Two years later, she ended her marriage to an abusive husband. And less than a month later, her three-year-old son Stevie died.

Two years after that, her biological father, whom she had gotten close to, died. Then her newborn daughter Bianca died.

Two years after that, her twin sons, Jacob and James were born. They have grown to be exceptional young men. But when they were young, Cogman was diagnosed with stage-3 breast cancer.

One of her friends was also diagnosed with cancer around the same time. “She’s not here anymore, but I am,” Cogman said.

This incident, and God’s continual and insistent call upon her nudged her “to want to bring some joy,” she said.

“When you see so much evil, hurt and sadness in the world, people need to see my joy,” she said. “They don’t need to know my story, but I hope my story – and my smile --- connects with theirs.”

The same day that Cogman’s father died, in 1990, she was scheduled to speak at a Toastmaster’s competition. She was representing her district and felt like she would let people down if she .

Her speech was on power. She called on God, asking for the courage to do what she needed to do. She delivered the speech and won.

She also heard God that day.

She did, but she also placed demands on God to show her signs of God’s presence.

Each time, she said, and even today, “God continues to show God’s self. God is doing remarkable things.”

One of these remarkable things is the way her twin sons, who are now finishing up their theological studies, have answered their own distinct calls and are certified candidates for ordained ministry in the Baltimore-Washington Conference.

Another remarkable and beautiful part of her life is her relationship with her husband, Billy. “I could not be without him,” she said.

Cogman also sees God’s hand in her being chosen to serve in this new capacity in the district in which she started her ministry in The United Methodist Church.

She is excited about the possibilities of working with the clergy and laity of the Washington East District and the discovering the many ways they can, working collaboratively, ensure that churches are vital to the community and making disciples in creative and innovative ways.

Throughout it all, she’ll carry a song with her. Her favorite, she said, is Eddie James’ “You’ve Been So Faithful.” The lyrics say, in part: “I can never repay You Lord for what You for me; how You loosed my shackles and you set me free. How You made a way out of no way; turned my darkness into day.”

“I am very humbled to be invited to serve at this table,” Cogman said.

Iannicelli has also been chosen by Bishop Easterling to be the new dean of the Cabinet. She follows the Rev. Conrad Link, who is retiring as the superintendent of the Cumberland-Hagerstown District, June 30.

Congratulations Dr. Cogman on your appointment. God continue to guide you. Blessings

Welcome to Washington East! First Saints and I look forward to journeying with you.

Congratulations Dr Cogman! Walk into your new season of blessings!

Much deserved and earned accomplishment.

Congratulatios ! Blessings! Welcome home. It will be a blessing to have you return to where it all started. Your friends are excited for you!

Congratulations, Dr. Cogman! I so look forward to working with you. Our collaboration thus far has been so rewarding and I look forward to the new thing God is doing! May God’s grace continue to cover you, may His mercy keep you and may His blessings chase you down and overtake you!

Congratulations, I am very proud of you, God is awesome, I love you, I’m so very happy of all your wonderful accomplishments, again, I love you

May God bless you ,strengthen you, guide you and keep you so that many are blessed by the ministry and authority you are given. Dayle and I are so happy for you and your family may you always walk in the peace and love of our Lord.

Congrats! So proud of you..Carolina pride!

What a life; thank you for sharing
You are a terrific inspiration
for all of us
May The Lord continue to bless us with your presence

Congratulations! I am thankful to have been on the receiving end of that smile, enthusiasm, and encouragement this BOM exam season. Praying for you as you move to this new position and opportunity to serve.

Congrats Woman of God. It is always a blessing to see how the Lord uses our lives as a crucible for service to His people. May you continue to walk in His favor as you serve Him and His people.
John Blanchard (retired but not tired)

Congrats Woman of God. It is always a blessing to see how the Lord uses our lives as a crucible for service to His people. May you continue to walk in His favor as you serve Him and His people.
John Blanchard (retired but not tired)

Congratulations as you assume your new leadership role as Superintendent of the Washington East District of churches. May God grant you an abundance of wisdom and grace both now and in the future. I celebrate you!

Congrats Johnsie on being the DS of the Washington East District. I welcome you and look forward to working with you as we continue "to serve this present age." May God continue to bless you and your family.

This Presbyterian is so proud of you! We will miss you, J. God bless you.

Rev. Dr. Cogman, I deeply appreciate these years of serving with you here in Georgetown. We have shared some meaningful and some joyful moments with our two congregations. I value the joy you share and your strength as a minister. The Washington East District will be blessed by your ministry and leadership.

I'm praying for you my sister. As you step into the next phase of your journey. God has blessed you with the ultimate .... Go and serve, God's got you. Congratulations !

CONGRATS!!! What a testimony you have and what joy you bring to hurting persons and communities in the world. Thank you and thank God!!

Welcome and Congratulations! I’m praying for your transition-and that God will bless your ministry in WE

Look at God: "They that wait upon the Lord shall renew their strength."
I am happy for you.

Congratulations! May God continue to Bless your Ministry in The Name of Jesus! So happy for you.. "To God be The Glory"! Love and prayers always.

Just reading your story on 1/30/20. You were my instructor at a mission u session some years ago. I felt you were a powerhouse then and realize now where all your strength came from. You told us part of your story, but not all your story
God bless you for your openness, your strength. and your godliness.