Change-makers gather
The church must rediscover its relevance, the Change-makers believe. It has the resources, it has ideas. It has the will and the way. What it is missing is imagination. And so, they offer opportunities for people to get out of their contexts and into their imaginations. 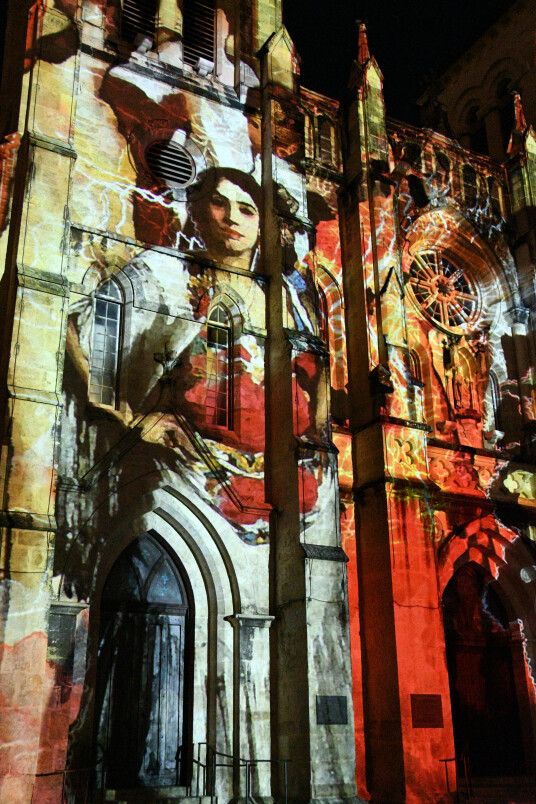 Church reflects history
After dark, we sat outside the church in a park and watched an artistic installation that used music and light to cast images onto the exterior of San Fernando church to tell the story of the city... It seemed an ideal metaphor - people's lives unfolding in the sweep of history, shaped by and changing the church with the passing of time 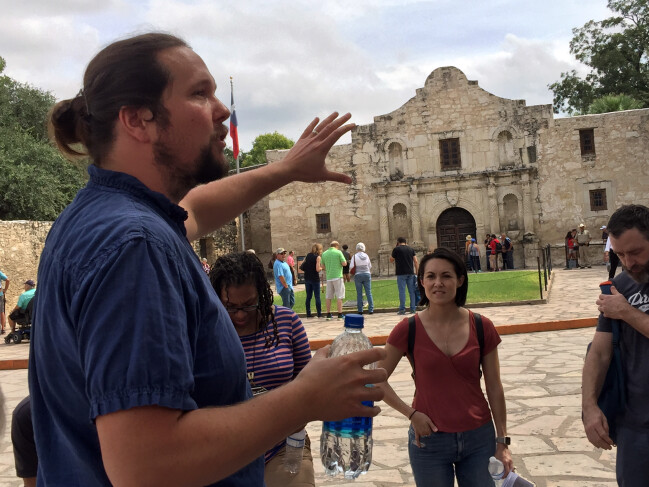 Remember the Alamo!
At the Alamo, one of America's iconic landmarks, Matt Shared his City-Hack story-telling ministry. It was a remarkably simple idea: wander and around a specific place, ask questions and delve into history, character setting. What resonates, what causes dissonance, and how is that dissonance resolved? in that story-based exploration, insights emerge

Defining the BWC’s new Change Maker ministry, which lies at the intersection of organized religion and social innovation, can lead church people into verbal calisthenics. It can also lead them to encounters with new ministry.

In a nutshell, Change Makers is a unique ministry of the Baltimore-Washington Conference and Wesley Seminary, funded by a grant, for young adults interested in creating that expands beyond the sanctuary and draws on the best of business, government, non-profits church to create social change.

Based on experiences at Taste and See events around the conference, several people applied to participate in a 10-month project made possible by a Young Clergy Initiative grant from the General Board of Higher Education and Ministry. It started with an immersion experience focusing on innovation in London and San Antonio, Texas. From there, they’ve begun sharing ideas and experimenting. 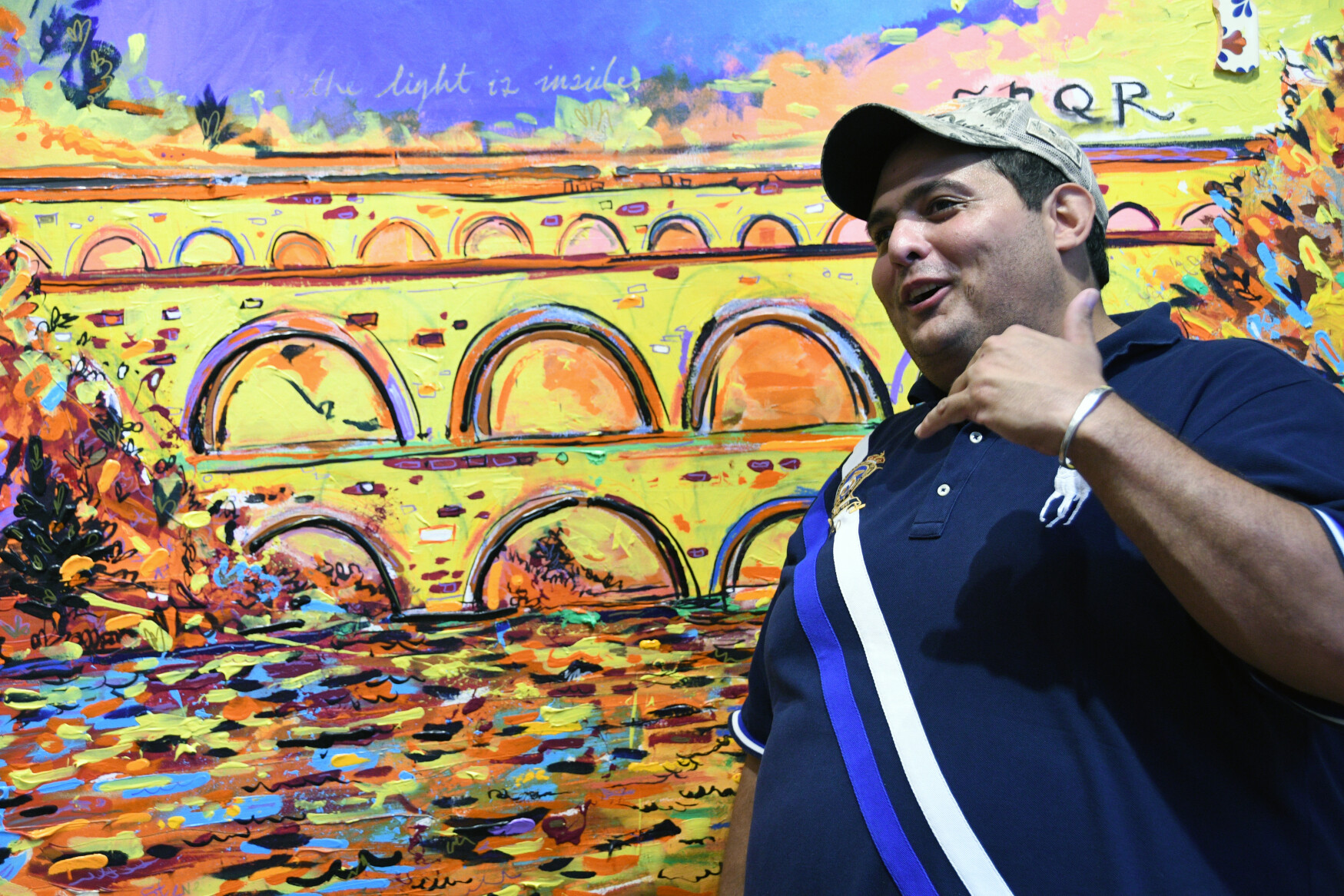 Spirit-sparked creation
Some people pursue art for art's sake, but Rex Hausmann creates at the urging of the Holy Spirit. "That Holy Spirit - it's everything," he said. But his creative spirit doesn't stop at the end of his paintbrush. Rex and his parents run Hausmann Millworks, a large factory space that's home to 47 studios rented by local artists

In May, they’ll take steps to accelerate their social innovation and create a new expression of church. Along the way, mentors accompany the Change Makers in having vocational and theological conversations.

In San Antonio last month, five young adults from the BWC came together with leaders from London’s Matryoshka Haus, pioneers in Christian social innovation. The five had missed the main trip to London for a Learning Lab, and so this experience was created for them.

In a whirlwind week, they heard from entrepreneurs changing the culture in San Antonio, a city with immense personality and the nation’s largest disparity between its wealthiest and poorest people.

activists and others shared how they are bending and breaking the boundaries between business, government, neighborhood groups, education and religion to create something new that blends profit, gift, purpose, community, faith social action.

In the BWC group, ideas for missional entrepreneurship began to bubble up.

During the week, they were immersed in the design thinking process of , define, ideate, prototype test. But more importantly, they were encouraged to let their imaginations soar. 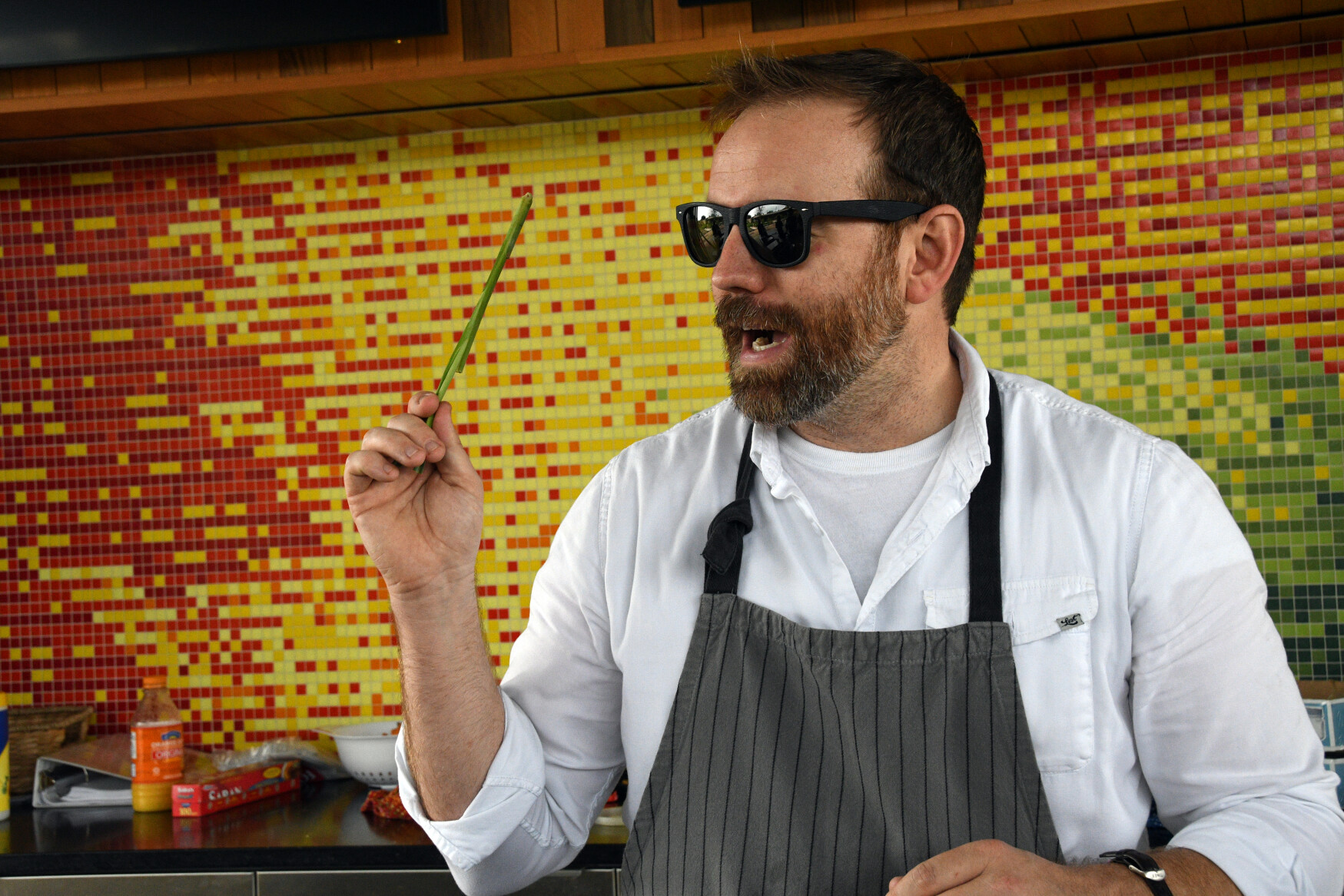 Tastes of faith
Gastronomy is the lore and love of food. Chef Josh Schwencke has a passion for food: how it heals, delights and comforts, enables people to transcend differences and ego and the stories told about and over food that define people and whole cultures. With the Gastronomy Company, he's using that passion to change the world one plate at a time

Too often in the church, people get too busy or too focused to take the time to imagine, said Shannon Hopkins, the founder of Matryoshka Haus.

The Learning Lab gave these opportunities to dream bigger, exploring how current realities can better align with the Kingdom of God. With imagination, Hopkins pointed out, comes risk, experimentation, and creativity.

Everything we do contains seeds of an alternative economic imagination – where money is a means to an end; where we expect more of people, not less; and where markets and enterprise are humanizing, not demoralizing,” she said.

Hopkins encouraged the Change Makers to consider why people of faith aren’t at the forefront of social innovation and transformation.

Since 2004, Matryoshka Haus has started 13 major projects. They will continue to work with the BWC to help creative people create ministries with that focus on spirituality, community, beauty, justice and social change.

Upon returning from San Antonio, the Change Makers have been meeting with regional cohort groups and mentors.

In these settings, they’ll more sharply deﬁne the problems they want to address, explore the resources available to them, “ideate and iterate” by experimenting with plans and

projects that make an impact, begin collaborations, identify roadblocks, and ﬁgure out next steps.

Next May, the Change Makers will participate in a Jumpstart session that moves them further along the path ideas to action.

At the London Learning Lab earlier this year, the Change Makers returned inspired by the thought that, “You just might be God’s answer to the question your community is asking.” From San Antonio, they discovered that imagination unlocks doors, broadens horizons, opens eyes to new visions and gives God’s people wings. 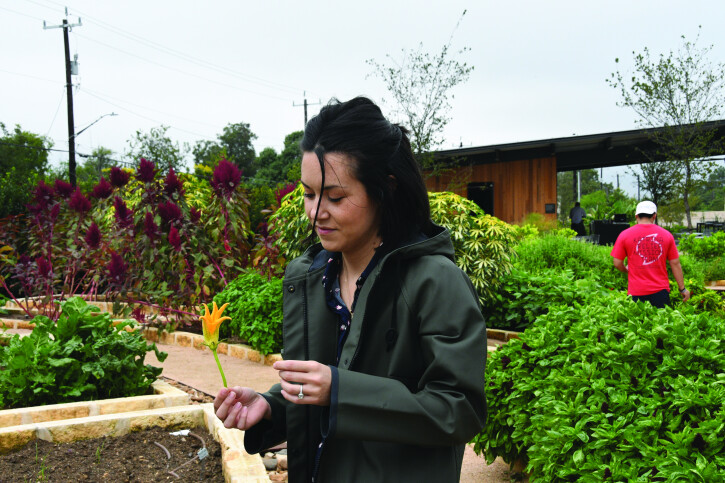 '' sow hope
Elizabeth Biedrzycki calls herself and "," serving with humility, building relationships, noticing where God's people are living in broken places and putting her heart to work there. She sees the border as two pieces of cloth, sewn together and now being pulled apart in ways that weaken the stitches, fray the edges and rip the material. She hopes to mend the world. 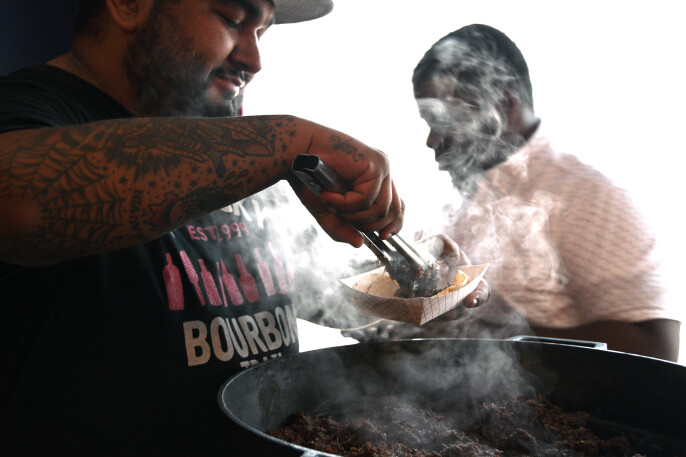 flavor of mission
We went on a taco hop of the city's best flavors. Ram Gonzalez shared how he used his financial expertise as the CEO of a new investment company to assist people who face foreclosure. He believes if you can help, you should help, otherwise, you become part of the problem. "This is very experimental," he admits. "But I'd rather live with failure than regret."