From the United Methodist Communications Office of Public Information 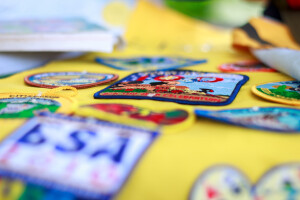 Nashville, Tenn.: The United Methodist Church and its predecessor denominations have a relationship with the Boy Scouts of America (BSA), which dates back more than 100 years. In February 2020, the BSA announced the national organization would file for bankruptcy to allow it to continue carrying on its mission while also compensating sexual abuse victims who were harmed during their time in scouting. While the bankruptcy is ongoing, the BSA, along with its local councils, recently reached an agreement with representatives of most of the survivors on a proposed $850 million settlement.

The denomination continues to maintain a relationship with the BSA and churches may continue to support scout troops. However, the ad hoc committee is disappointed and very concerned that the BSA did not include its sponsoring organizations, charter groups, in the agreement with the claimants. This leaves as many as 5,000 United Methodist U.S. congregations—or more than 15 percent of U.S. congregations—exposed to potential lawsuits by the survivor claimants. Charter organizations were promised by the BSA to be covered by their insurance, but at this time, it is not clear to what extent United Methodist congregations will be covered.

United Methodist leaders across the denomination grieve for those who experienced harm. Bishop Cynthia Fierro Harvey called upon the church to pray for the victims and their families. “This tragedy is a reminder for all of us to be vigilant, update Safe Sanctuary policies and continue to review those policies to ensure congregations are following the policies and keeping all young people safe from harm.”

More than 80,000 distinct claims from 1940 through 2018 were filed by the court-established deadline. Some of those claims are potentially connected to scouting units sponsored by United Methodist congregations. The BSA implemented its current program designed to help prevent sexual abuse and ensure the safety of Scouts starting in the 1980s and there have been fewer cases since the development and improvement in the program. The percentage of claims related to United Methodist-sponsored scouting units is proportionately lower than that of other chartered units. United Methodists have and continue to implement Safe Sanctuary policies and practices.

A leadership team has also been formed to help develop principles, guidelines and action steps in preparation for leading the church through the unfolding bankruptcy and its impact on United Methodist chartered organizations. The team, chaired by Bishop John Schol, includes representatives of the Council of Bishops, as well as persons with financial, legal and communications expertise.

“I join my colleagues across the connection in grieving for those harmed by leaders in the Boy Scouts of America organization and praying for their families. The harm they have experienced is unfathomable.

"The Baltimore-Washington Conference is working closely with the denominational leadership team to appropriately address this situation. I strongly advise congregations to heed the advice of the denomination with respect to existing BSA charter agreements. Please do one of the following:

All of those options allow more time to see how the bankruptcy will impact United Methodist congregations."

For those seeking more information about facilities use agreements, the samples below may be helpful: