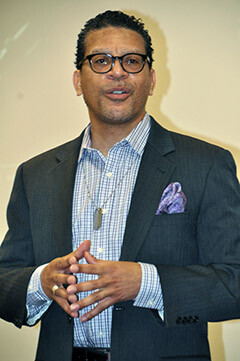 The Rev. Tony Love was elected to serve as vice coordinator of the Black United Methodists for Church Renewal caucus. Love currently serves as coordinator of the Baltimore-Washington Conference chapter of BMCR and works in ministry as the conference Director of Vibrant Communities.

Standing before the 330 members of the Black Methodists for Church Renewal, who gathered in Baltimore March 10-12, U.S. Congressman Elijah Cummings shared how, as a child, he could not come into downtown Baltimore because it was a segregated city and he was black.

“The thought today that I represent every square inch of these blocks and help to make policy for this city, and this nation… only God could make my life,” said Cummings, the representative for Maryland’s 7th Congressional District.

Cummings preached to the crowd on the theme “When Holy Meets the Hurting.” He challenged people to recognize that compassion comes through experience. “So often, out of our pain, comes our passion to do our purpose.”

BMCR is one of the denomination’s five ethnic caucuses. Its mission is to raise up prophetic and spiritual leaders who will be advocates for the unique needs of Black people in The United Methodist Church.

Within BMCR, two of the emphases are servant leadership and prophetic preaching, said Willa Kynard, immediate past coordinator of the conference BMCR chapter. 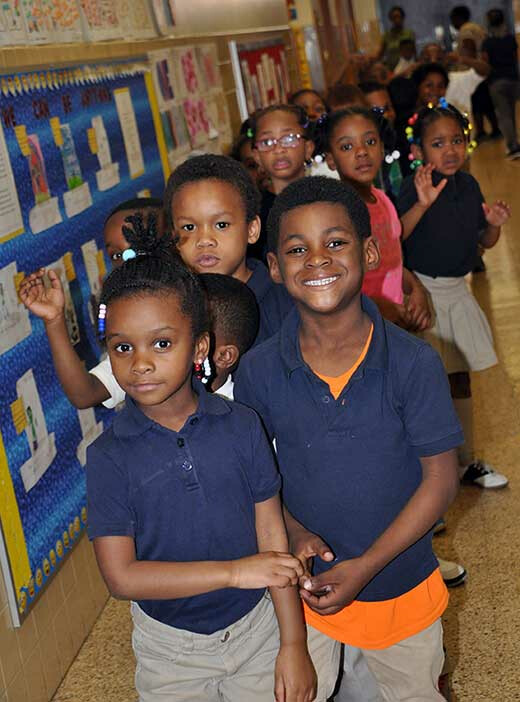 To welcome BMCR to Baltimore, Kynard organized a project that drew upon Bishop Marcus Matthews’ initiative for churches to partner with local schools.

Kynard invited the Maryland Governor’s Office to participate and they responded by sending more than 300 books and art supplies to Furman L. Templeton Elementary School in Baltimore. BMCR members then met at the school and read stories about African-American issues and heroes to the kindergarten and first graders.

“It’s easy to paint a wall or clean up a building, but BMCR believes in reaching out to the community, to serving children, and to promoting justice and wholeness in authentic ways that nurture relationship and faith-sharing,” she said. “Church is about helping others, not ourselves.”

As the BMRC readers left the school, the teachers said they wished more “church people” would share of their time with the students.

During the BMCR plenary sessions at the old Masonic Lodge on Charles Street, members discussed the upcoming session of General Conference, supporting the Historic Black College Fund, and saw the unveiling of a U.S. Postal Service stamp honoring the Rev. Richard Allen, founder of the African Methodist Episcopal Church.

One of the highlights of the session was a presentation by four young adult clergy on prophetic preaching. 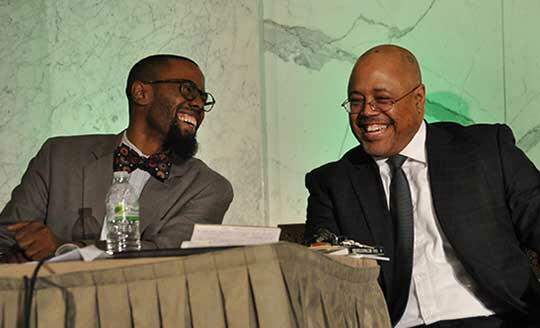 The Rev. Michael left, and Tony Hunt, share a laugh during the BMCR meeting.

The panel was led by the Rev. C. Anthony Hunt, pastor of Epworth Chapel UMC in Baltimore. Among the participants was the Rev. Michael Parker of Ames UMC in Bel Air.

Prophetic preaching, Hunt said, “calls persons and structures back into relationship with God and paves the way for the coming of the reign of God.” It speaks to the hopes and hurts, he said.

Equipping young clergy to preach prophetically often requires mentoring and the sharing of earned wisdom, Parker said. In the Baltimore-Washington Conference, he pointed out, there are only 7 pastors of color under the age of 35, and only two of them are female.

There should be more, and those who are ordained, need to be set loose in setting where prophetic preaching is valued and imagination and excellence have not been snuffed out, he said.

As a pastor with 15 tattoos, Parker said he has gained an understanding that he must pastor and preach from a place of authenticity. He advises his peers to do the same.

“God made you be who you are on purpose,” he said. “Don’t lose yourself.” Having a mentor can help, he added, so can being willing to take risks and have fun.

“Every day,” Parker said, “should be something new… God has every desire to exceed your expectations.” 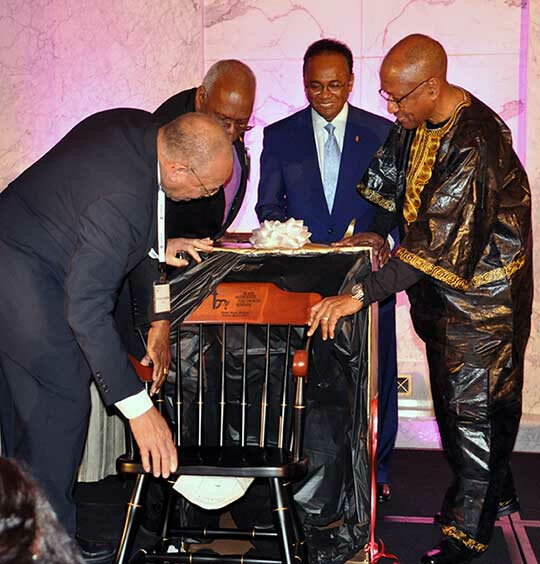 A highlight of the BMCR meeting was the Spirit Banquet, which honored five retiring ebony bishops: Warner H. Brown Jr. (a native of Baltimore), Robert E. Hayes, Jonathan D. Keaton, James R. King Jr. (who will be a guest preacher at the June Baltimore-Washington Annual Conference session) and Marcus Matthews.

Matthews is the resident bishop of the Baltimore-Washington Conference. He retires in September after 42 years of ministry.

During his ministry, most of it as a leader in the Baltimore-Washington Conference, Bishop Matthews served as the founding president of the local chapter of BMCR, as treasurer of the National BMCR, was president of the Northeastern Jurisdiction BMCR, and is an honored Harry Hosier member of the organization.

*Larry serves as Director of Communications for the California-Nevada Conference. began his communications ministry in the BWC as a one-year Racial Ethnic Scholarship winner from United Methodist Communications.