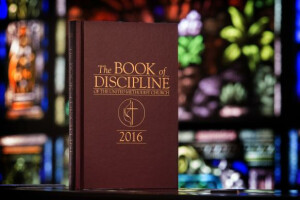 This statement is highly misleading! According to a November 1, 2019, UM News article, the exit plan provision (¶ 2553) was enacted at the end of the 2019 General Conference and this was confirmed by the Judicial Council during their Fall session. Just because the Commission on the General Conference opined that the provision is void does not make it so. Unless or until there is a new ruling by the Judicial Council or a change by the General Conference, ¶2553 is in effect. The Board of Trustees statement should be revised to accurately portray the status of ¶2553.

This is a political move to force churches to stay and those wishing to leave lose their property. The Judicial council said it is already in effect and passed and that the COB had no basis or evidence for their challenge to it. Disgraceful.