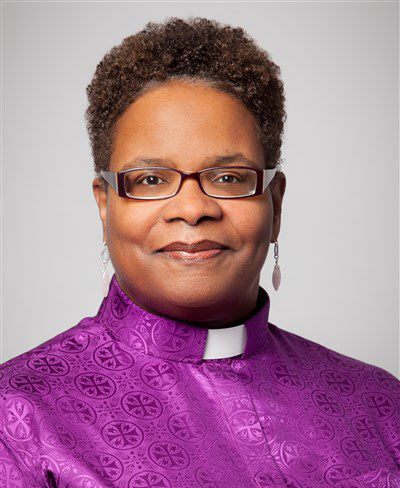 Families are often torn apart by divorce. Persons who once had love and concern for each other, spent holidays and celebrations together, who claimed one another beyond bloodlines suddenly are not speaking at all. Persons once so close you couldn’t slide a piece of paper between them now act like total strangers. Yes, I know some families have been able to rise above this kind of rancor, but all too often that is not the case.

Another common facet of divorce is a fixation on something, whether that something is custody of children, a portion of a retirement, or real property. Perhaps without even articulating it, that something becomes understood as the prize, and whoever wins that prize has won the divorce.

It feels like the United Methodist Church is in this position. No, there has not been a divorce, but some have resigned themselves to the belief that we have irreconcilable differences. And the fixation that grips this family, the “thing” that must be won in this situation is who is right concerning human sexuality. At times it seems as though whoever emerges victorious on this debate will have “won.” But, sometimes winning is really losing.

What the Bible does or does not say concerning homosexuality has been debated ad nauseum. Biblical scholars on all sides of the debate have conducted exegetical, historical, and doctrinal analyses and arrived at differing conclusions. Deeply committed Christ-followers who have combed the texts, engaged in faithful study and prayed for inspired understanding have also arrived at varied conclusions. General Conference after General Conference has seen delegates proclaim that they love the Lord their God with all their heart, soul, mind, and strength and yet reach differing understandings of scriptural teachings concerning human sexuality and same-gender relationships.

There are only a handful of texts that speak to the issue of same gender relationships, and a few more if you read the Genesis account of creation as a mandate from the Creator concerning gender, love and marriage. Yet, these few texts have caused more arguments, accusations of heresy and finger pointing than any of us can count. As I heard an episcopal colleague lament, “When did we as United Methodists decide that human sexuality was the litmus test for godliness and membership?”

I keep asking myself the exact same question.

The United Methodist Church has never required its members to walk in lock step theologically. The theological breadth within our denomination has always provided enough room for varied perspectives. This has been especially true when it comes to non-sacramental subjects. For instance, The United Methodist Church does not require unanimity of belief concerning Atonement Theology. Some believe the most important aspect of Christ’s existence for salvation is his birth. Others believe it is the morality and obedience he exhibited during his life. Yet others place their marker on his death, and still some believe salvation was not completed until the resurrection. While this divergence of opinions might lend itself to raucous debates over lattes or more spirited refreshments, in recent times it certainly has not led to threats of schism or accusations of heresy.

Within our denomination, our doctrinal standards are contained in The Book of Discipline. There you will find our beliefs on doctrine, such as the fact that we celebrate two sacraments: Baptism and The Supper of the Lord, or Holy Communion. Our understanding of those sacraments is shaped by our Wesleyan heritage, as is our understanding of grace, salvation, Scripture and the Church. These doctrines, in my humble opinion, compose the crux of our Methodist theology. And yet, I suspect if you polled members of 100 churches, they would not provide identical answers about even these doctrinal standards. Nevertheless, we have been able to witness to the world that we can remain united in mission.

It is my belief that we can maintain our unity beyond differing understandings of God’s intention for human sexuality. The One Church Plan would allow us to do just that. It does not require unanimity of belief or action, but does permit contextualization and allows persons to follow their theological convictions and conscience.

Is it perfect? No, it is not. But we have not arrived at perfection on the matters of gender and race either, although we addressed them in 1956 and 1968, respectively. It would, however, rid us of charges and trials that deplete our resources and curtail our focus on mission.

Some are concerned that it will create burdens for church membership, appointments and even episcopal assignments. However, if we are completely honest, we already navigate those realities. Individuals and families find churches that meet their needs; bishops and jurisdictional episcopal committees appoint and assign balancing myriad factors; and our Central Conferences contextualize as allowed by Discipline. In other words, we do not presently walk in lock step with one another, and we are yet alive.

I am aware that for some, the One Church Plan does not go far enough because it would not guarantee all the benefits of membership or allow for the ordination of all qualified candidates. That is true, but it does move us beyond a complete restriction of the same.

Is it not possible that we are wrong again? Moreover, those who do believe it is wrong would not be required to perform same-sex marriages, ordain or appoint gay or lesbian pastors.

The Traditionalist Plan all but eradicates our understanding of grace, and the Connectional Church Plan strains any definition of unity and destroys our agencies. And, while the Simple Plan takes us to our pre-1972 disciplinary posture, it may move too quickly to retain the more conservative members of the denomination.

We do not have to schism. We have a viable path forward that will offer contextualization, open our hearts, minds and doors more widely, and retain the strength we have in mission and ministry. We do not have to end up in a theological divorce. And, it isn’t about winning at all, it is about glorifying God.

As the Preamble to our Constitution states, “The church of Jesus Christ exists in and for the world, and its very dividedness is a hindrance to its mission in that world.” May we not further that dividedness. May we be one in ministry to all the world.

Good Morning, Bishop Easterling,
Thank you for speaking with us yesterday afternoon. I like hearing your voice and feeling your passionate love of God. I understand the three paths better now and will keep reading, reflecting, loving, and praying. How lucky I am to have you as my Bishop.
pax tecum,
Christina Garvan

Dear Bishop Easterling,
This is a an informative, well-substantiated, and beautifully-written position paper. Thank you for sharing your thoughts in such a meaningful way. The One Church Plan seems to the most inclusive one. I agree that it reflects and promotes the United Methodist promise of Open Hearts, Open Minds, Open Doors. It also is in keeping with our mission statement. My prayer is that, as a church, we will move beyond potential divisiveness and remain United through inclusiveness, tolerance, and acceptance. Thank you for your leadership. Sincerely, Donna D'Arcy

Although I acknowledge that we are all sinners and it is not my place to condemn or judge anyone, I cannot find a passage in the Bible that supports the right of same sex marriage. In fact, I have always believed that the Bible sees same sex relations as a sin. I support this belief with passages from Lev. 18:22 and 20:13 and 1Cor. 9-10. I realize that pastors are just people but I always felt that they should be held to a higher standard therefore I do not believe that they should be ordained as pastors.

I cannot believe that going against the Word of God will bring any unity to our churches. For most part I would think it brings division. God Word and God as far as I realize has not changed on marriage being between a man and a woman.. So why do we have to change this to appease . I have taught sundae school for years and will not say it is okay for same sex to be married. Leading kids down the wrong path would be wrong. I went to the special meeting with you, Ds and delegates last year and came away from that meeting sad. Not once was Gods Word read on this matter. I hope God opens the blinded eyes of many before it is too late. Sad.