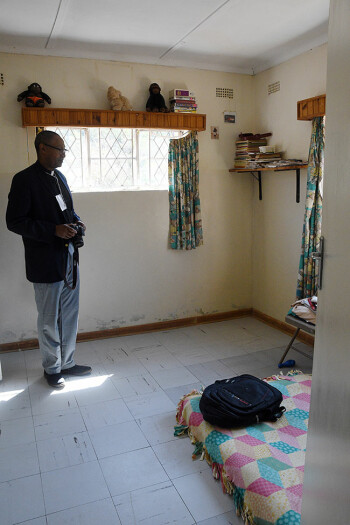 Thirty members of the Baltimore-Washington Conference – 15 laity and 15 clergy – have traveled to Zimbabwe to help teach at a Pastors School and to help build the partnership between the BWC and United Methodists in Zimbabwe. Melissa shares the story of their journey in her ‘Postcards home from Zimbabwe.’

“You cannot sleep when you know the children are on the floor,” said Thobani, director of the Fairfield Orphanage.

With her voice full of sadness and fury, Thobani shared with members of the BWC delegation how the beds at the United Methodist children’s home, along with solar panels, a van, automobiles, office furniture, computers, and more were seized to settled a $36,000 dispute brought by a former administrator. The orphanage is located across the street from Africa University.

The administrator claimed he two years ago. The court agreed with his claim of unfair dismissal.

Thobani did not elaborate on the specifics of the but said the orphanage does not have the first payment of $10,000, so the property was taken “” and is in a warehouse in Mutare. They have a limited time to come up with the $10,000 to buy back the seized assets. 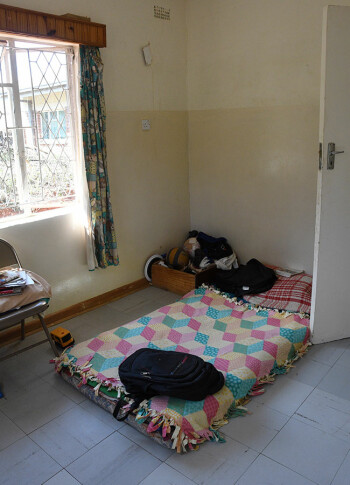 Conversations are underway with United Methodist leaders in Zimbabwe to explore the Church lending the money to be repaid by the orphanage.

It is home to 80 children, most of whom were abandoned by their parents. “They come in as babies, some just ” Thobani said, “and stay until they have something to do in life.”

The children live in eight houses, 10 children per house, with one house mother. They attend school at Old Mutare Mission.

The government provides $15 per child each month, Thobani said.

To help make ends meet, the home grows a vegetable garden for food and and raises chickens.

Much of the rest of the funding for school fees and other expenses comes from gifts.

The old Mutare Fairfield Children’s Home is an Advance Special of the General Board of Global Ministries.

Just before visiting the home, the BWC delegation heard a sermon by the Rev. Conrad Link on the passage from Mark 2, in which Jesus healed the paralytic.

Being amid the orphans and touring the spaces where they live brought the ministry of the Fairfield Children’s Home to life. Their story mingled with ours. Hearts were moved and prayers were whispered. “Lord in your mercy ...”