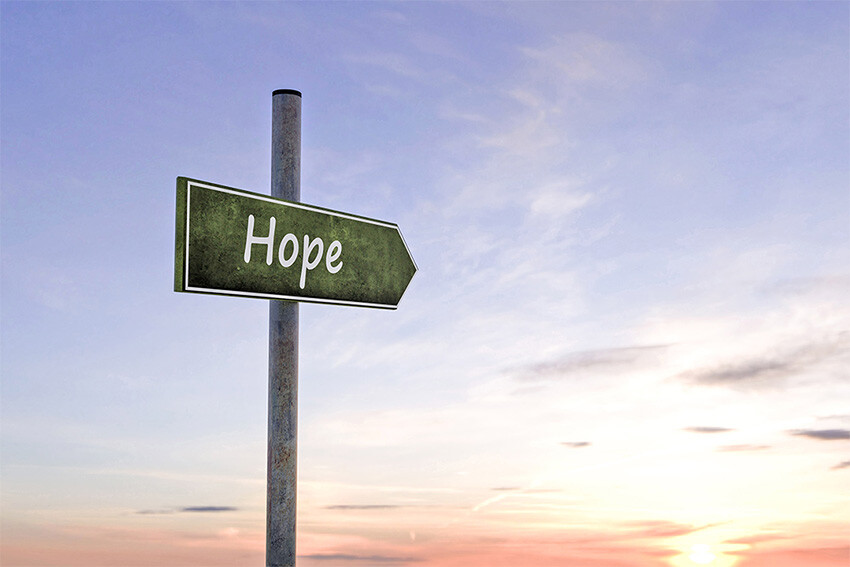 Life has already been in the fast lane for many of us and we haven’t even gotten out of January. Let’s recap what has happened for the past few weeks or so, starting with Martin Luther King Jr. weekend, and moving forward.

On Friday, Jan. 13, the now President of the United States, Donald Trump, tweeted about civil rights leader, Rep. John Lewis, in response to an opinion shared by the Congressman earlier in the week about whether or not he was ready to be president. Whether we agree or not with Lewis’ comments or Trump’s tweets, we’d be remorseful to miss this God-ordained Kairos moment.

Trump tweeted about Lewis on the weekend the country celebrated Martin Luther King Jr. Lewis’ name was mentioned by a political figure in the forefront of the Social Media Stratosphere during the time that is catered to honoring and celebrating King’s legacy and work. Because of the timing of this mention, what it did was open the door to all who engage in social media to learn who John Lewis is and his history.

It is impossible to learn about John Lewis without learning about Dr. King. The result is a run on book purchases, research happening, and questions being asked all because of the timing of one tweet. The younger generations were inquiring of their parents, and some of the parents were inquiring of their grandparents. This made the grandparents, parents, and children both students and teacher, as we experienced both a formal and informal education.

This is a familiar setting to us, much like the journey of our rabbi, Jesus Christ, and his disciples. How amazing is this experience!? One tweet put us in a position to engage in true discipleship.

Ironically enough, “rabbi” means “teacher.” We know Jesus goes by many names, but the most consistent one is rabbi. Even if you’re in the party of people who found the tweet offensive, to steal an adage from our foremothers and forefathers, “What the devil meant for evil, God used it for good.”

Then Monday came. Monday came, and we engaged in MULTIPLE days of service. We had programs. We heard speeches. We gave scholarships. We went to prayer vigils. We advocated for the rights of “the least of these.”

We dropped off uniforms at schools. We called people on the sick-and-shut in list. We wrote spoken word pieces. We fed the hungry. We gave out clothes. We gave out care packages. We helped people get medical attention. We were working. We were moving. We were prophetic in every way that MLK Day would call us to be. It was beautiful. It was amazing. Here we were, with a new layer of education, serving the community as we’ve been called to in our own unique ways.

Then came Tuesday. Somehow Monday was over, because Tuesday came. Now I don’t mean this in just the literal sense. I successfully got out of the first grade with an understanding that at the stroke of midnight, a new day begins. That’s what they told us.

However they also filled my developmental elementary mind with the notion that with the new day comes new hopes, or hope carried over; new dreams, or steps towards dreams fulfilled, and new life, or at least a better one than the day before. Yet somehow, some way, the Tuesday after the MLK Monday came and disrupted my elementary dreams as it does every year because the action, the voices, and the zeal to get to work and be prophetic seemed to have ceased when Monday was over.

It left me with a couple of questions to ponder.

Why is it that it always seems as though speaking truth to power is only welcomed for the moment, but not by the actual movements? Why does it seem that Dr. King’s legacy has been diminished merely to a day of service, where we are only privileged to “I Have a Dream,” the march from Selma to Montgomery, and the bus-boycott? Are we really being prophetic in this manner? Can we consider our one Monday of the year prophetic?

Being prophetic when there’s a photo-op/interview involved, when it’s MLK Day, when it’s cool to be “prophetic” is one thing. However, when your job is on the line, or your business, or school is at risk of being lost, will we act with the force of the Monday? When it threatens certain relationships, will we still be just as loud? When we are in front of people whose opinions matter, will we still “let freedom ring”?

Or… will freedom have to take a back seat to the societal norms that our society perpetuates, no matter how morally corrupt they may be? What level of sacrifice are we willing to give for what is right? Are we willing to risk our lives?

In King’s speech, I’ve Been to the Mountaintop, he has a chilling quote that reads, “Well, I don't know what will happen now. We've got some difficult days ahead. But it really doesn't matter with me now, because I've been to the mountaintop and I don't mind. Like anybody, I would like to live a long life; longevity has its place. But I'm not concerned about that now. I just want to do God's will.”

It’s certainly not your glamourous I Have a Dream Speech, but it is the aspect of discipleship that is the hardest to digest. It’s true sacrifice.

He further explains this in his Give Us the Ballot Speech by saying, “I realize that it will cause restless nights sometime. It might cause losing a job; it will cause suffering and sacrifice. It might even cause physical death for some. But if physical death is the price that some must pay to free their children from a permanent life of psychological death, then nothing can be more Christian. Keep going today.”

If this is the cost of true freedom and equality, are we willing to pay the price?

Monday was over. Tuesday came and we prepared ourselves as best as we could, some in celebration, some in utter disdain, and everyone falling in between this range of emotions, for Friday.

For me, Friday was prepared by Wednesday’s experience of seeing a hooded presence of the Ku Klux Klan in an open park of our nation’s capital.

It shifted to Thursday where the Muslim woman near the church I work at was scared to walk alone to the store in her neighborhood without her husband around, and rightfully so because of what she had previously experienced. What then could I say to these things? The churchy answer would’ve been - If God be for us, then who could be against us? However, from the surrounding view, because of the silence of God’s mouthpieces, that seemed way more rhetorical that literal.

Friday came. Friday came with some folks thrilled and others sad. No matter what side of the fence you stand on, you could not turn a blind-eye to the smashed windows, the protests, the open racism, misogynist, sexism, homophobia, and every other –ism of hate you could think of. All of the ‘isms’ of hate showed up in great number and force, took a stance, and dared us to challenge them and make them vacate our premises.

Here’s the thing though.

Friday shouldn’t have had to come for us to see them. But it did.  Since Friday did come, let us now, through word and deed, show them exactly how we feel about their presence.

And yes, there’s another Monday, Tuesday, and Friday coming. There won’t be cameras. It won’t formally be a day of service. There will be more to the US of A than just the big cities, but the isms won’t end with those days and neither should our prophetic witness.

During a Christmas Eve worship experience at Foundry UMC, Pastor Ginger Gaines-Cerelli quoted O Little Town of Bethlehem’s lyrics that say, “The hopes and fears of all the years are met in thee tonight,” and went on further to say “isn’t in amazing that hope and fear met in the same place, at the birth of the savior.”

This suggestion says to us that even now, all of the isms rooted in fear, and all of the hope born out of our prophetic witness, can meet in the presence of the savior. Friday came, and for some it was dark, and for others it was light. However, we know because of our faith that even in the darkness of Friday there’s HOPE because our week doesn’t end on Friday. A dark Friday was the prerequisite to Sunday’s risen Savior.

Life has already been in the fast lane for many of us and we haven’t even gotten out of January. We have already experienced a crazy timeline, but the call to be prophetic is rooted in HOPE. And when hope seems to not be so obvious, let us remember, “Our hope is built on nothing less, than Jesus blood and righteousness. We dare not trust the sweetest frame, but wholly lean on Jesus’ name.”

During the darkest moments, let us remember the old adage that still rings true: “What the devil meant for evil, God will use it for our good.”

Come now! We have a prophetic work to do, and the hope to know we can do it well. Let us be on our way.